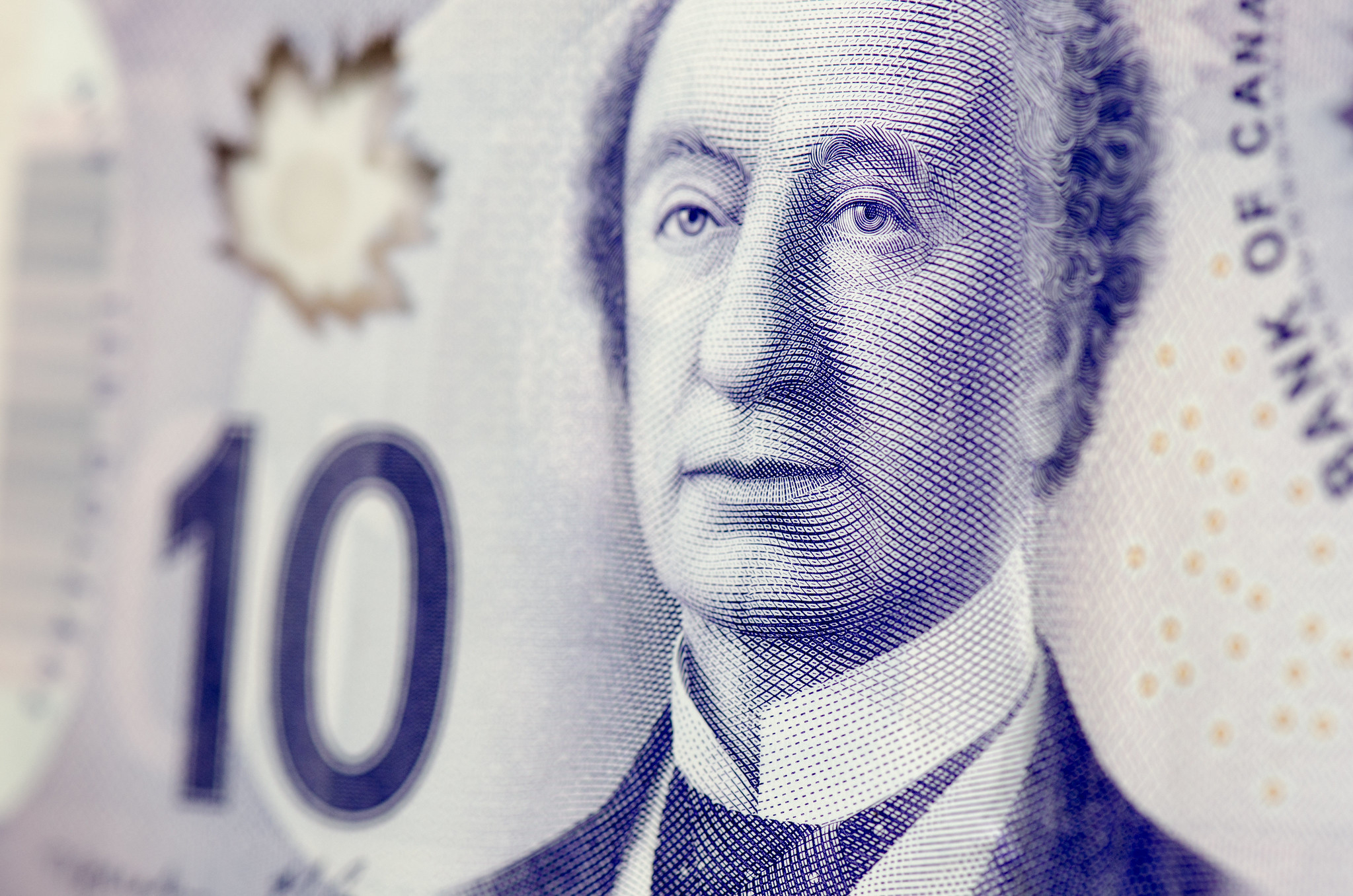 Canada is being marketed as an ideal place to set up shell corporations due to its weak transparency laws, a new report has found. Photo by KMR Photography / Flickr
Previous story
Next story

The same day the federal government slapped 15 Russian officials with sanctions, a new report revealed Canada’s clean reputation and weak transparency laws have made it a preferred place for transnational tax-dodgers and criminals to set up shell corporations.

Advertisements for offshore consulting describe Canada as “by far one of the best neutral jurisdictions, providing offshore benefits without any of the traditional offshore drawbacks,” according to the report, which was published March 16. It was sponsored by Canadians for Tax Fairness, Transparency International Canada and Publish What You Pay Canada.

The report does not link any Russian oligarchs to shell corporations in Canada due to the country’s lack of transparency around ownership data, but financial crime expert Vanessa Iafolla said she “absolutely would not be surprised” if this were the case.

“I can't imagine anyone in Canada would be happy to know … we are a country that is attractive for illegal foreign capital flows or tax evasion,” said Iafolla, adding the information shared in the advertisement and others like it “should be a wake-up call to the federal government.”

“I don't imagine that the federal government is pleased with Canada's reputation as a sterling place to hide money for Russian oligarchs,” she said.

In Canada, private companies can be owned anonymously, set up and run from abroad with no ties to the country, according to the report. Owners are not required to file tax declarations or even submit ID, and this information isn’t verified or publicly available.

The report’s main recommendation to close those gaps is for the federal government to speed up its promise to implement a publicly accessible beneficial ownership registry by 2025 in order to better “catch those who attempt to launder money, evade taxes, or commit other complex financial crimes.”

In an emailed statement to Canada’s National Observer a Department of Finance official said the government has been consulting with stakeholders on the proposed rules for the registry and “more information on the new reporting requirements will be provided in due course.”

Canada’s clean reputation and weak transparency laws have made it a preferred place for transnational tax-dodgers and criminals to set up shell corporations, a new report reveals. #TaxHaven #TaxEvasion #CdnPoli #MoneyLaundering

The registry will provide better information on who owns which legal entities and arrangements in Canada and will help authorities counter financial crime, the statement reads.

In a separate statement, press secretary to Finance Minister Chrystia Freeland Adrienne Vaupshas, wrote: “The timely implementation of a beneficial ownership registry is an important priority for the Deputy Prime Minister and indeed our entire government.”

The crisis in Ukraine and the recent sanctions Canada has imposed on Russian officials highlight the need to quickly put a registry in place, James Cohen, executive director at Transparency International Canada, told Canada’s National Observer.

“We're putting sanctions on these kleptocrats to try to pressure them to end the war … [but] it's going to be very difficult to find out what assets are actually in Canada without beneficial ownership transparency,” he said.

Cohen said he hopes the war will be over before Canada gets the registry up and running, which he says could feasibly be done by the end of the year if prioritized.

To be most effective, Cohen says the registry must be open to the public, with no fees so that everyone from regular people to business owners to law enforcement can use it at will. Canada also has to learn from the mistakes of the U.K., which implemented a beneficial ownership registry in 2016. It was one of the first countries in the world to do so, but there were no data verification requirements, which led to people uploading junk data, said Cohen.

It’s also important for provinces and territories to follow the federal government’s lead and create registries of their own to address money laundering and tax evasion, according to the report.

At a time when the world has turned its attention to curbing the power of oligarchs, Canada is still part of the problem, said NDP critic for tax fairness and inequality Niki Ashton, but federal and provincial governments have the power to course-correct and shut down tax evasion as soon as possible.

The report confirms Canada’s current systems are “very much being taken advantage of by the richest among us and only make them richer,” she added.

“Our tax laws are antiquated, both at the federal and provincial level, and Canada is being used and abused when it comes to hiding money offshore and engaging in transnational crime.”

The Conservative Party’s deputy shadow minister for finance and middle-class prosperity Adam Chambers told Canada’s National Observer in an emailed statement the report is “more evidence of what many have been saying for years: Canada is viewed as a safe place for criminals to hide money from illicit activities.”

Chambers’ statement noted that a “significant proportion of this money ends up in real estate, which is another factor that adds to the rising costs of real estate.”

“There is multi-partisan consensus on this issue, and we should be working together to act swiftly on proposals such as the beneficial ownership registry,” his statement reads

Though all eyes are on Russia right now, Cohen notes the advertisements for Canada were often in English or Mandarin, too, and that money laundering comes from countries all over the world as well as right here in Canada.

“Financial crime and tax evasion are very abstract, and they're not particularly sexy topics for public discussions,” said Iafolla. “But they're really important topics for us as a society to contend with because if you want to have a strong economy … in which people can afford both housing and bills … these questions need to be answered.

“It's not just that we're letting crooks do business here … it's that what we're doing undermines the integrity of Canada's financial system. This is something that could put Canada's economy into further jeopardy.”

Periodically, “big moments” like the Panama Papers or the current crisis in Ukraine will expose these issues, but then the news cycle moves on and people forget, said Iafolla.

“We have the opportunity now to shine a light onto people who want to bring money here and, if they're not meant to have money here, to figure out how to get rid of them,” she said. “That can only be a good thing for Canada in the long run.”

This story has been updated to include a statement from Conservative MP Adam Chambers that was received after the deadline.

This story was updated a second time at 1:40pm ET to include comments from the Finance Department that were received after the deadline.

I will be looking for the

I will be looking for the leaders in the next Federal election to address "ownership transparency" and this could involve such countries as China, USA, Russia, the middle east...this could be a huge turning point in such issues as housing, inflation, taxation in this great country of ours.

This has been what Canada has

This has been what Canada has been about for ages. I don't see it changing anytime soon. A great book to read on this, for anyone interested, is Bruce Livesey's 'Theives of Bay Street'. That was written in 2012. If you would rather listen to Canadian financial scandals Canadaland's Common podcast season on Corruption is excellent.

Certainly there have been

Certainly there have been rumours about lax Canadian bank operations vis-a-vis money laundering since at least the 1990's and maybe earlier. And RBC was prominently mentioned in this connection. Considering the fees RBC charges its retail customers, I wonder that they bother if they have so much access to dodgy foreign funds. In the U.S. I know from personal experience that the big banks are contracting their retail operations - shutting down branches, raising fees and minimum balance thresholds. In many places not only are there food deserts but the communities are un-banked, un-hospitaled, devoid of basic medical care. All these "luxuries" are being concentrated in the urban/suburban richlands while the rural people are shoved to the wall. Under Trumps USPS director of postal services, Louis DeJoy has systematically tried to degrade US postal service, removing postal boxes, stopping house to house delivery, degrading delivery times, etc. We have seen some of that in Canada too, though I think our service is still superior.

Excellent analysis. You might be interested in the recent information from Michael Hudson on the mechanics of the U.S. military complex and its cohorts (one being the CIA) attempting to continue its neocon efforts (no, they have not disappeared, merely went underground): https://dandelionsalad.wordpress.com/2022/03/23/michael-hudson-sanctions...