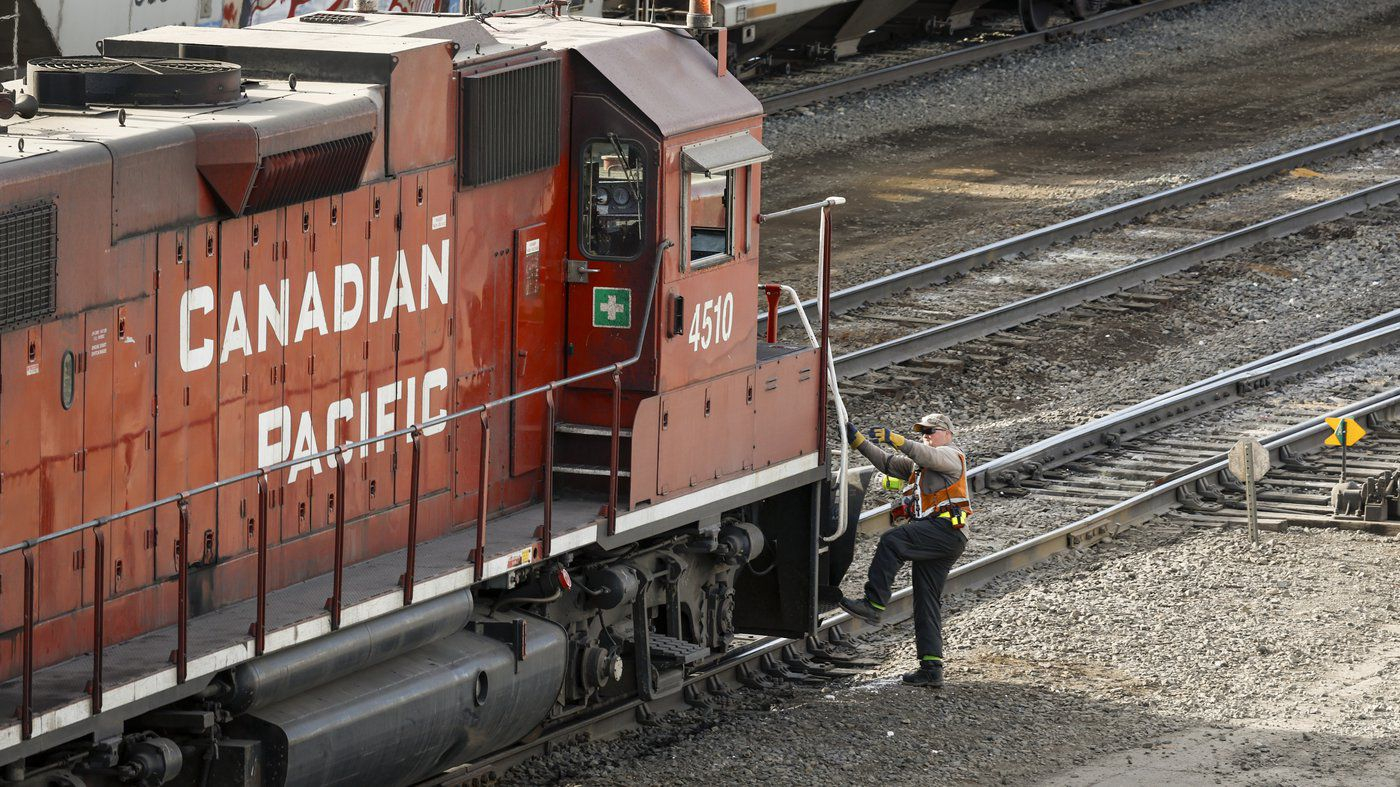 An employee boards a Canadian Pacific Railway locomotive at a yard in Calgary, Alta., on Friday, March 18, 2022. File photo by The Canadian Press/Jeff McIntosh
Previous story

The work stoppage at CP Rail could not have come at a worse time for Canadians and the government wants a deal to end the impasse immediately, said federal Labour Minister Seamus O'Regan.

But O'Regan was not ready to discuss the possibility of back to work legislation being tabled when the House of Commons resumes Monday because the company and union are still talking.

"We want a resolution and we want it now," O'Regan said in an interview Sunday afternoon.

The company and Teamsters Canada Rail Conference started negotiating a new contract last September. The union said the main issues are wages, pensions and working conditions including not being forced to take federally mandated reset days away from home.

Employees voted 97 per cent in favour of a strike March 3 and were in a legal strike position as of March 16, the same day the company issued an ultimatum that a deal be reached by March 20 at midnight or it would start a lockout.

Just before midnight Sunday Teamsters Canada Rail Conference said in a statement that the company was locking employees out.

"As Canadians grapple with a never-ending pandemic, exploding commodity prices and the war in Ukraine, the rail carrier is adding an unnecessary layer of insecurity, especially for those who depend on the rail network," the statement said.

A few hours later they issued another statement saying the employees were locked out but were also on strike.

CP Rail spokesman Patrick Waldron said in an interview the company provided a new offer late Saturday and never got a response from the union. He said the union began withdrawing employees before the midnight deadline, and insists the company has not locked anyone out and wants to keep talking.

"To be clear TCRC took strike action unilaterally," Waldron said in an interview. "CP did not lock out its employees."

O'Regan said after two years of the COVID-19 pandemic, devastating floods in British Columbia, and now a war in Europe, Canadians have no bandwidth to cope with another economically devastating problem. He said he is certain both the company and the Teamsters Canada Rail Conference are very aware of this.

"Nobody needs more stress, nobody needs any of this. This work stoppage could not have happened at a worse time. And I think that they know that. And so, you know, what I am seeing is a willingness to reach a deal."

He said he is optimistic a deal can happen because both sides remained at the table with federal mediators Sunday even after the work stoppage began.

Pressure on the government to step in grew throughout the day Sunday, with fears supply chains already heavily stressed by the ongoing pandemic and now the Russian invasion in Ukraine, will buckle further as rail shipments are disrupted.

CP says the stoppage will affect "virtually all commodities" in Canada's supply chain.

The disruptions before the CP rail work stoppage had already helped pushed inflation to three-decade high, with essentials such as food and fuel facing some of the sharpest price hikes.

"This work stoppage will have a deep and adverse impact for all Canadian businesses — both big and small — who rely on rail for their supply chain," Beatty said. "This severe damage to Canadian supply chains at a time of heightened global uncertainty will extend beyond our borders and harm our reputation as a reliable partner in international trade."

A spokeswoman for Canadian Manufacturers and Exporters said they too want back to work legislation now.

The Liberals have introduced back to work legislation at least twice since 2015, including to end rotating postal strikes at Canada Post just before Christmas in 2018 and at the Port of Montreal in 2021.

O'Regan said those were very particular situations and that right now he is focused on the fact CP Rail and Teamsters are still at the table.

In 2021 a strike at CN Rail ended after a week with no back to work legislation but such legislation has been introduced or threatened for rail strikes at least three times since 2009.

In 2012 the former Conservative government introduced back to work legislation to end a CP Rail strike by sending it to binding arbitration. In 2015 a deal was reached between the company and union to end a strike after the government again threatened such legislation.

In 2009 the Conservative government introduced legislation to end a CN Rail strike, but a deal was reached to end it before the legislation passed.

This report by The Canadian Press was first published March 20, 2022.