Great Barrier Reef is not supposed to be white 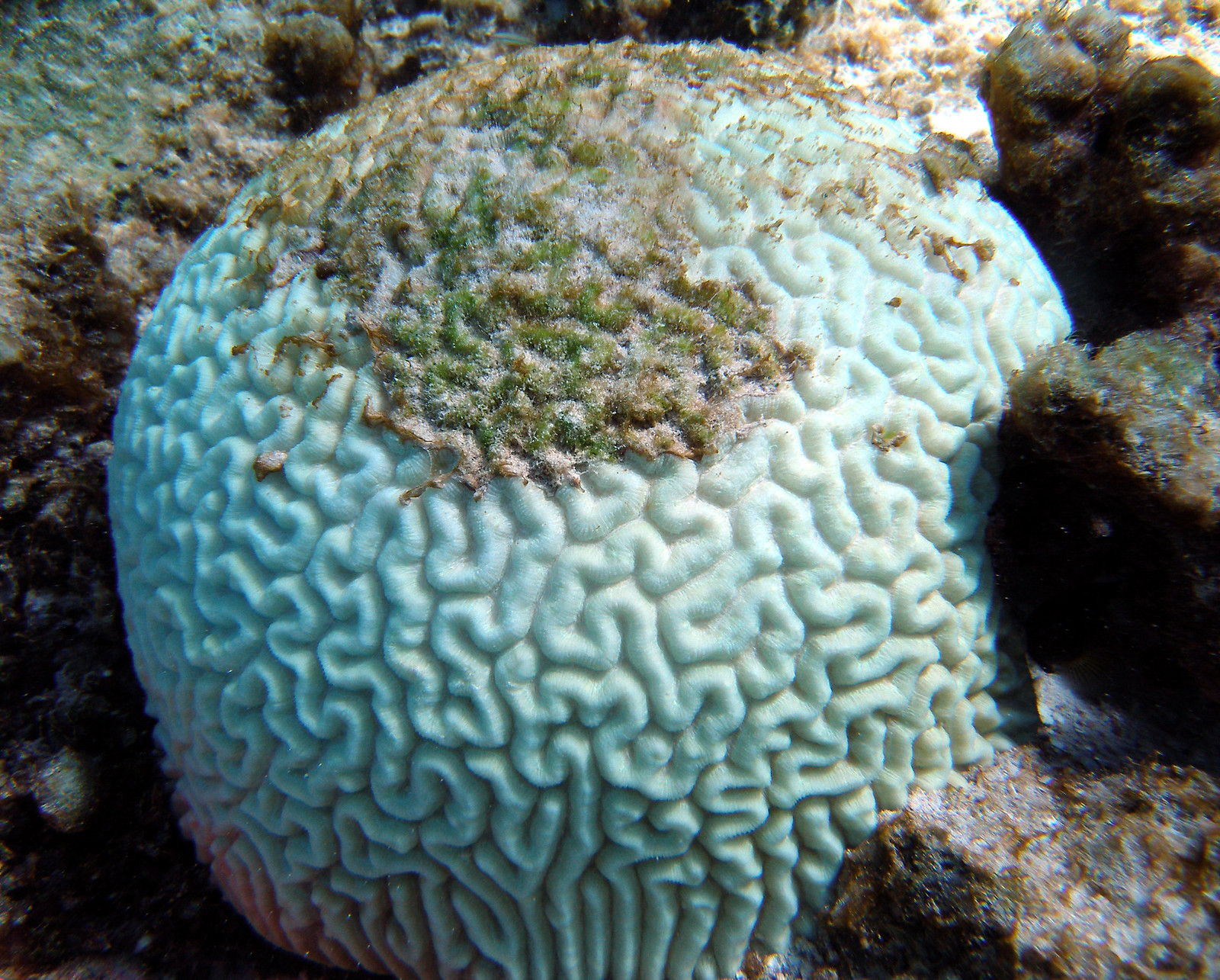 One of the world’s leading coral scientists claims a sixth mass bleaching event is unfolding across the Great Barrier Reef, with official monitoring flights now underway all along the Queensland coastline.

The Great Barrier Reef Marine Park Authority (GBRMPA) has confirmed monitoring flights are being conducted “along the length and breadth” of the 2,300-kilometre world heritage reef.

But the authority is not due to make a formal update on conditions over the reef, or the initial findings from those flights, until Friday.

The development comes less than a week before the start of a 10-day United Nations monitoring mission to the reef ahead of a crucial meeting of the world heritage committee in June.

Prof. Terry Hughes, a leading expert on coral bleaching at James Cook University, said he had received a “flood of reports from the field” of bleached corals in the last two weeks.

Hughes told The Guardian he believes a sixth mass bleaching event is now unfolding and that it was not mild or local.

The amount of heat stress over the reef tends to peak in early to mid-March each year but scientists began to worry as early as December after water temperatures rose to record levels for that month.

Hughes said: “We all breathed a sigh of relief because corals that were pale in December regained their colour in January and February. But in the last three weeks, there have been reports of moderate to strong bleaching all along the reef.”

Observations from the Bureau of Meteorology show water temperatures at between 1 C and 2 C above average across wide areas of the reef.

A study led by Hughes has found more than 98 per cent of all the individual reefs have bleached at least once.

During the last three mass bleaching events, Hughes has led aerial surveys across the length of the marine park to record the condition of corals from a low-flying aircraft.

Hughes said that task had now been passed on to GBRMPA.

He said water temperatures and the accumulated heat stress alone were not enough to say for sure if corals had bleached.

“We won’t have a full picture until the flights are done,” he said. “We have to see those maps [of bleaching] so it is premature to say how this ranks next to the other five bleaching events.”

GBRMPA has been collating information on bleaching from flights, in-water surveillance and reports for weeks.

A week ago, the authority said there had been “low to moderate bleaching” reported in many areas.

In a statement on Thursday, the authority said it was “conducting aerial surveys along the length and breadth of the reef, to get a clearer picture of any bleaching in the Marine Park this summer. The status of reef health is updated each Friday.” Flights began last weekend.

The Australian Institute of Marine Science has previously said a recovery in coral cover over the reef since the last bleaching event in 2020 has been driven by fast-growing acropora corals that were also susceptible to bleaching.

Hughes said northern parts of the reef were “halfway to recovery” but a lot of “vulnerable corals” were now bleaching.

Corals can recover from mild bleaching, but if heat stress is too severe the coral can die.

While there is no formal definition of a mass bleaching event, Hughes said: “Most people would describe bleaching that includes severe levels of bleaching at a scale of hundreds of kilometres would qualify as a mass bleaching.”

Last week, environment groups said it was vital that a UN mission to the reef — requested by Australia — should be able to see bleaching.

No details have been released either by UNESCO or the Australian government about where the mission will go or who it will meet.

A report from the mission is expected by early May ahead of a scheduled world heritage committee meeting in June.

Last year, UN science advisers recommended the committee place the reef on a list of world heritage sites “in danger” because of the impacts of bleaching and a lack of progress in improving pollution levels.

But fierce lobbying by the Australian government saw the 21-country committee ignore the recommendation. During the meeting, Australia also sided with countries to go against several UN recommendations relating to other sites around the world.

Australia reportedly struck at least one quid pro quo — a deal with Spain to back a world heritage inscription for a site in Madrid, despite UN advisers opposing it, in exchange for Spain’s support to block an “in danger” listing for the reef.

Last month, the Morrison government pledged a further $1 billion for local reef conservation efforts over the next nine years.

But many reef scientists have said efforts like finding more heat-tolerant coral species, improving water quality and removing coral-eating starfish will be overrun by global heating unless greenhouse gas emissions are cut rapidly.