Legacy and language around masks will be debated well after pandemic recedes: experts 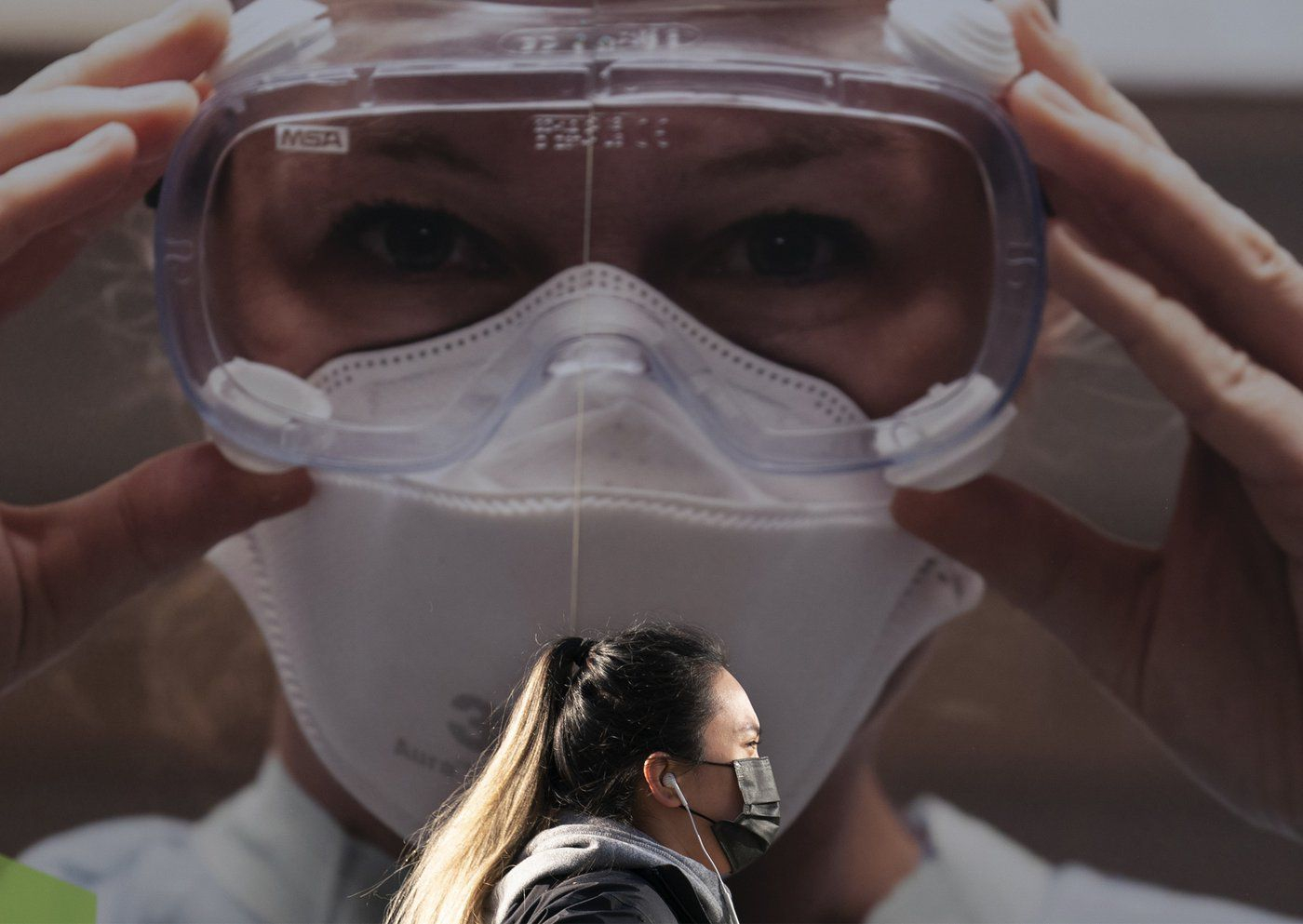 A woman wears a protective face mask to help prevent the spread of COVID-19 as she walks past a billboard from the Vancouver General Hospital in Vancouver on Thursday, April 8, 2021. File photo by The Canadian Press/Jonathan Hayward
Previous story
Next story

First, we didn't have enough masks to protect us against COVID-19, then we all needed to wear them. Then we didn't, then we did again. There were fights, criminal charges and protests over them. And now most mandates are lifting.

Evolutionary biologist Prof. Sarah Otto said not since the two-piece swimsuit was introduced over 75 years ago has such a polarized debate raged.

"The last time wearing a tiny piece of cloth caused so much controversy was when bikinis were introduced," said Otto, an expert in mathematical models of pandemic growth and evolution in the zoology department at the University of British Columbia.

The divisiveness of the mask is a legacy that will long be debated after the pandemic is over, she said.

Along with vaccines and social distancing, she said masks still remain one of the most important layers of protection that help slow down the spread of the virus.

The U.S. Centers for Disease Control and Prevention collated data that was released last December, which said if the number of people wearing masks increased by 15 per cent, it could prevent the need for lockdowns and reduce financial losses.

Prof. Steven Taylor of the University of British Columbia's department of psychiatry said it is important to understand that masks are a key tool in the fight against the virus.

The messaging around masks in Canada oscillated between not wearing them to using a cloth face covering. Then the surgical variety was recommended, followed by N95s, and now almost all mandates have been lifted across the country.

Otto said single-layered cloth masks have big gaps that let most particles in and surgical masks offer better protection, while N95s are the best.

Legacy and language around masks will be debated long after pandemic recedes: experts. #Covid19

She likened masks to footwear that's worn at a high-risk construction site or when taking a stroll on the beach.

"The N95 are the steel-toed boots of the mask world. But when the good weather shows up, if the virus goes down and the risks are much lower, then bring the flip-flops out — the surgical masks.”

The experts agreed that the message around mask wearing could have been better communicated.

Roger McIntyre, a professor of psychiatry and pharmacology at the University of Toronto, said masks have been a "very divisive issue" during the pandemic.

They've been politicized and there's been an erosion of trust in public health officials from the start of the pandemic, he said.

As more information about the virus became known, it was important that scientists and health officials recalibrated their message to keep up with the "fast-moving story," McIntyre said.

"I really believe that we had a pandemic of mistrust amongst many organizations, agencies and structures in our society,” he said. “And that's why you see people walking down the streets with a mask on their head or wearing it as a chinstrap.”

Taylor is the lead author of a February 2021 study looking at the effectiveness and negative attitudes toward masks. The study found 84 per cent wore masks because of COVID-19, while the remaining 16 per cent who refused to wear masks were "a small but highly vocal minority."

While the study didn't look at the reasons for people not wanting to wear masks, he said opinion polls show the justification is that masks are ineffective and uncomfortable.

The study noted that similar arguments were made over a century ago during the Spanish flu, which saw the formation of the anti-mask league.

Being vocally opposed to masks is a personality trait seen in highly individualistic places such as Canada, United States, Europe and Australia, he said. It is similar to a three-year-old who challenges authority and refuses to clean his room, he said with a laugh.

"Now it's very cute in a three-year-old. It's not so cute in a 30-year-old where you're saying 'Please wear a mask' and they look at you and say 'You're not the boss of me.'"

Caroline Colijn, a mathematics professor at Simon Fraser University in Burnaby, B.C., said there is enough evidence to show that people who wear masks are less likely to get infected.

But what scientists don't know is exactly how many infections were prevented because of masks, she added. That's partly because people don't wear masks in everyday interactions, and it is difficult to estimate what the number of infections would have been without them, she said.

"We don't really know enough to say in Canada how many infections mask wearing and mask mandates have prevented," Colijn said.

At this stage of the pandemic, Taylor said he would like to see mask wearing continue in crowded places, such as public transit, or when someone has a cold.

"It's just like, if it's raining, I'm going to pick up an umbrella and go out," he said. "I'm not going to be joining an anti-umbrella group, which would be foolish. So yeah, that makes good practical sense to use a mask when needed without being told to wear them by government."

This report by The Canadian Press was first published March 24, 2022.

It bothers me that all the

It bothers me that all the masks available that are said to work well, are single-use disposable. That's a lot of landfill. With all the need for masks--and while we're off mandates for the moment, there will be more Covid and more diseases after Covid--is it so impossible to devise a mask that is both effective and able to be used long term?