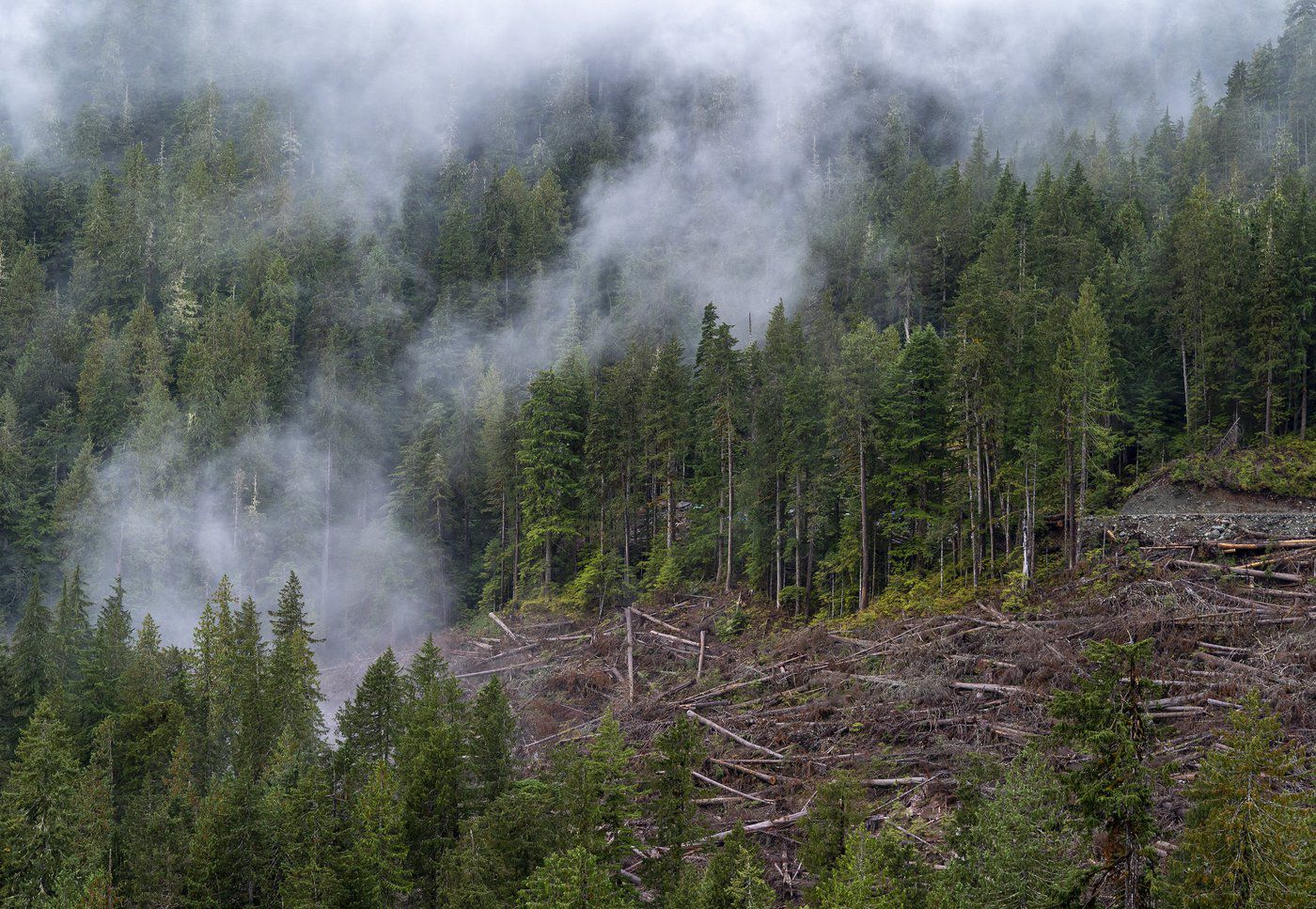 The clouds move among the old-growth forest in the Fairy Creek logging area near Port Renfrew, B.C., on Tuesday, Oct. 5, 2021. File photo by The Canadian Press/Jonathan Hayward
Previous story
Next story

Days before the federal government is expected to explain how it will meet greenhouse gas targets, 90 prominent scientists have written a letter urging it to ensure that old-growth forests are a big part of that plan.

"We are deeply concerned by the evidence of continued deforestation and degradation of primary forests globally and in Canada because of the resulting impact on greenhouse gas emissions and the biodiversity crisis," says the open letter to Prime Minister Justin Trudeau.

"Canada’s primary boreal and temperate forests have a vital role to play as natural climate solutions, and it is important that their protection is central to Canada’s climate and biodiversity policies."

A spokeswoman for the forestry industry said many of the scientists' concerns have already been addressed.

On Tuesday, the federal Liberals are expected to unveil their emissions reduction pathway, the strategy by which Canada is to become carbon-neutral by 2050. Nature-based solutions are expected to play a large role.

Canada has a ways to go, the letter says.

"Canada has some of the worst forestry in the world," said Dominick DellaSala, former president for North America of the Society for Conservation Biology and an author on more than 200 papers on forest ecology. "I consider them the Brazil of the North."

The letter — signed by luminaries such as Suzanne Simard, author of groundbreaking work on how trees in a forest communicate — is harshly critical of practices such as large-scale clearcutting in old-growth.

"You can't replace a 500-year-old Sitka spruce with a tiny seedling," DellaSala said.

Not only are old-growth forests much more biodiverse, they contain up to 50 per cent more carbon than replanted forests, says the letter. Reforested stands can take more than a decade before they become net absorbers of carbon and the carbon released from the soils and old trees may not be replaced for centuries.

"As soon as you log, you've lost more than 70 per cent of that carbon," said Risa Smith, co-chairperson of the Protected Areas Climate Change group for the International Union for the Conservation of Nature, the world's largest group of conservation scientists.

But Lindsay said trees absorb carbon most quickly by the time they're between 60 and 80 years old. After that, she said, uptake is much slower.

"Sequestration reduces as that tree reaches maturity," she said.

Only about a quarter of British Columbia's woods meet that description, with only three per cent of those holding large trees. In the boreal forest, which stretches across the northern reaches of most provinces, only 15 of 51 caribou herds have enough old growth left to be self-sustaining.

Smith criticizes industry claims that using wood for biofuels is carbon-neutral, pointing out it takes decades to replenish the carbon such fuels emit.

"You're looking at 10-20 years before you get any (carbon storage) out of them," she said.

Nor does wood-frame building, touted as climate-friendly, do much to sequester carbon, said Smith. She said most such buildings in Canada don't last long.

"You're not even storing the carbon in the building for more than 50 years."

As well, the letter says government isn't accounting for all the carbon currently being released by forestry.

By failing to account for factors such as carbon released from logged-over soils, DellaSala said his research suggests B.C. is under-reporting emissions from its forestry industry by as much as 88 per cent.

Lindsay said Canada's carbon accounting for forestry has evolved over decades of research and captures the wood's full lifecycle -- including the carbon released from the soil. She said it has been endorsed by the Intergovernmental Panel on Climate Change and has been adopted by 25 countries.

She said Canada's forest management already mimics natural processes such as fire losses in an attempt to keep ecosystems whole and biodiverse. Lindsay said she hopes the government's plans recognize that.

"We are hoping sustainable forest management is seen as a natural climate solution and well-managed forests are sequestering carbon."

"Protect it now," he said. "We can't do vast areas of clearcut any more."

The letter was organized by Nature Canada, Nature Quebec and the Natural Resources Defense Council.