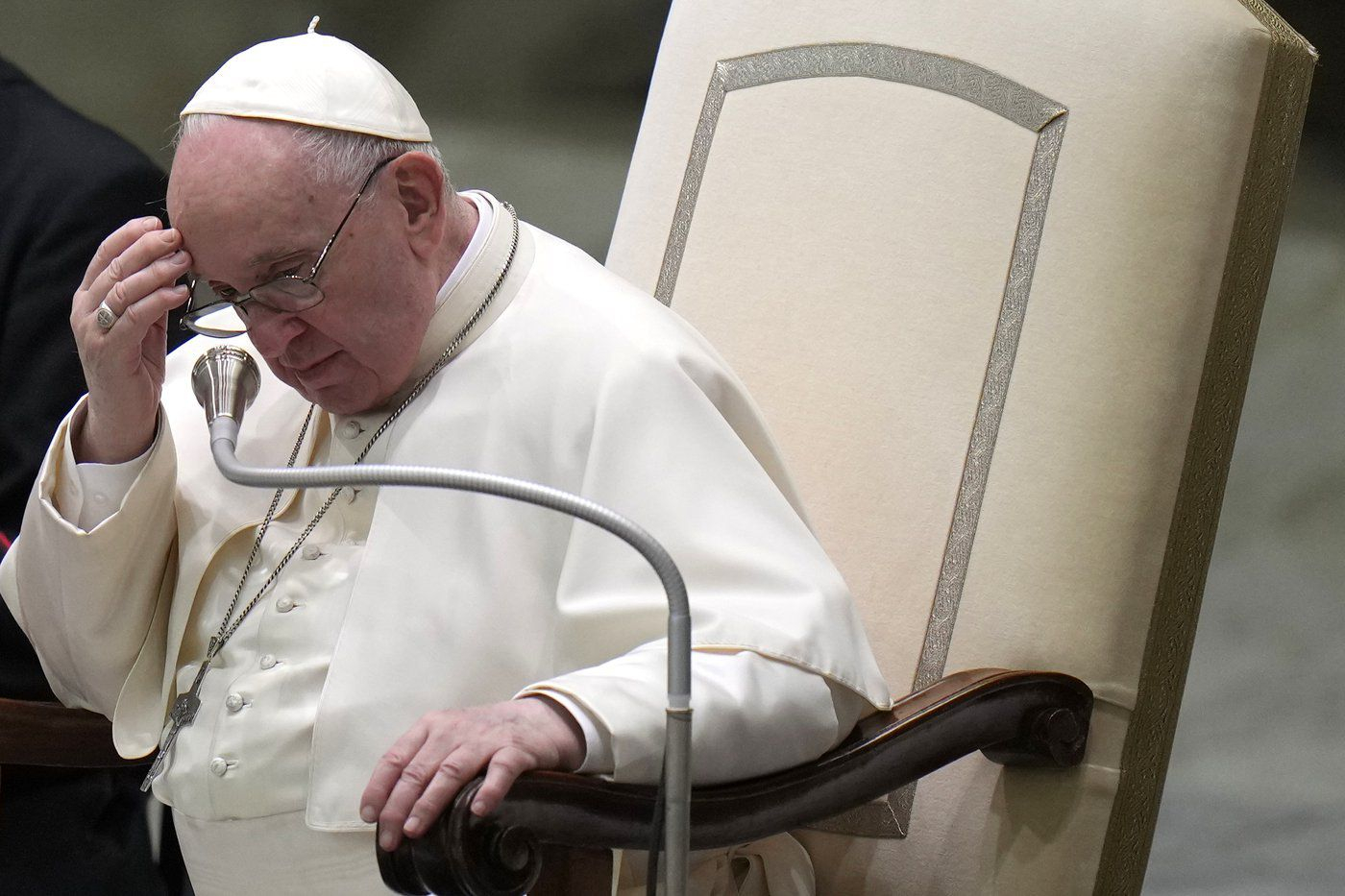 Pope Francis gestures, during his weekly general audience in the Paul VI Hall, at the Vatican, on Wednesday, March 23, 2022. File photo by The Associated Press/Alessandra Tarantino
Previous story
Next story

The president of the Métis National Council says she feels Pope Francis has committed to a journey of justice after a meeting with the head of the Roman Catholic Church at the Vatican.

“He repeated 'truth, justice and healing' and I take that as a personal commitment," said Cassidy Caron outside St. Peter's Square Monday morning.

Caron said the Pope did not provide an apology for the church's role in residential schools. But, she added, they have always requested it take place on Canadian soil.

The eight Métis delegates spent an hour with the pontiff where three survivors shared their stories of residential schools.

Angie Crerar, 85, has said that when she was in a residential school, she knew what was happening wasn’t right. She wanted to tell the person in charge — the one at the top. Now, almost 80 years later, she finally did.

"They did not break us. We are still here and we intend to live here forever," said Crerar, who is from Grande Prairie, Alta.

She said it felt truly amazing to speak with the Pope about her experiences. She said he seemed kind and receptive.

The group also presented him with a pair of red, beaded moccasins as a sign of the Métis people's willingness to forgive if there is meaningful action. The red represents the traditional red papal shoes, the group explained, and that Francis walks with the legacy of those who came before him -- including the terrible parts.

Pixie Wells, from Fraser Valley, B.C., said she was proud to be a two spirit person in the room with the Pope. She said that homophobia is directly connected to colonization and residential schools.

"We are bringing back that cultural component of being a two spirit individual," Wells said. "We were leaders, healers in our communities... that was my power in that room for every other two spirit person."

The Inuit group was set to speak with Francis after.

Natan Obed, the president of the national organization representing Inuit people, has said he hopes it's an opportunity to get justice and hold accountable members of the church who harmed Indigenous children.

First Nations delegates will meet with the pontiff on Thursday.

All three groups of delegates will then gather with the Pope on Friday. All have expressed an expectation that he will commit to apologizing for the Roman Catholic Church's role in residential schools during a trip to Canada.

An estimated 150,000 Indigenous children were forced to attend residential schools, more than 60 per cent of which were run by the Catholic Church.

A total of 32 Indigenous elders, leaders, survivors and youth are taking part in the Vatican meetings. The Canadian Conference of Catholic Bishops, which organized and is paying for the delegation, is also sending a handful of members.

Rev. Raymond Poisson, the group's president, has said he expects the meetings to allow Pope Francis to address the ongoing trauma and legacy of suffering faced by Indigenous people to this day.

"As well as the role of the Catholic Church in the residential school system, which contributed to the suppression of Indigenous languages, culture and spirituality," he said.

This report by The Canadian Press was first published March 28, 2022.