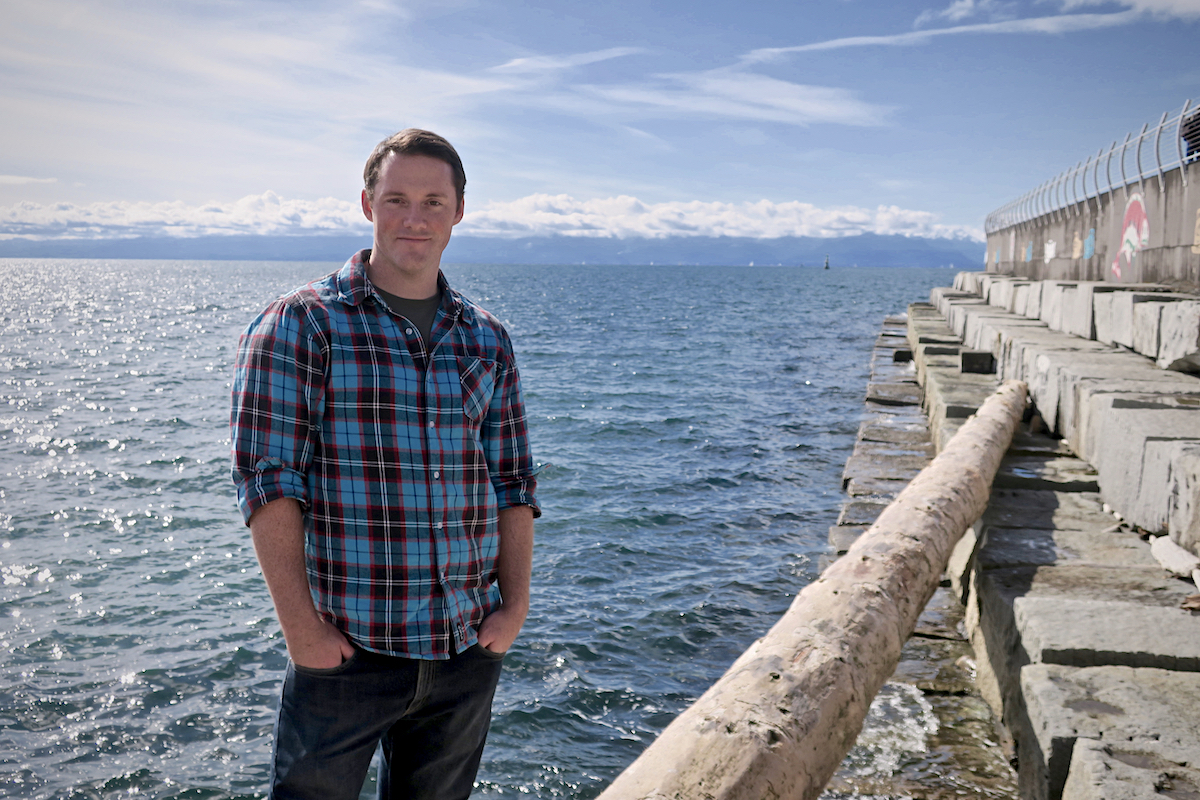 Recognizing what sounds fish make and why is useful to help measure the impacts of human-caused noise pollution in the marine environment, says marine ecologist Kieran Cox. Photo courtesy of Kieran Cox
Previous story
Next story

Fish have plenty to say and we need to make more of an effort to listen to them and understand what they’re talking about, researchers say.

The hums, grunts, squeals and even farts made by soniferous, or noise-making, fish are a noteworthy part of the ocean soundscape, said marine ecologist Kieran Cox.

The former University of Victoria researcher was part of an international team that combed through more than 800 studies to catalogue vocal species and created a publicly accessible global library called FishSounds.

Though fish are the largest and most diverse group of sound-producing vertebrates in the water, there hadn’t been a comprehensive inventory to identify which species make noise or the particular sounds they produce, said Cox.

“This was one of the major questions that needed to be addressed: How many fish make noise?” Cox said.

The research team identified nearly 1,000 species of fish that produce sound, and there are likely more, Cox said, adding new research or recordings that surface on different fish can be added to the FishSounds online database.

Recognizing which fish make sounds and why is useful to help measure the impacts of human-caused noise pollution in the marine environment, Cox said.

The hums, grunts, squeals and even farts made by soniferous, or noise-making, fish are a noteworthy and important part of the ocean soundscape, says researcher @KieranCx co-creator of @fishsoundsweb @uvic @[email protected]

Noise pollution — largely the result of a dramatic rise in shipping, which doubled between 1950 and the end of the century, and compounded by seismic blasting for oil and gas exploration and the use of military and commercial sonar — is understood to have short- and long-term impacts on marine animals, such as fish, whales and water mammals that use sound to communicate, navigate, feed and reproduce.

“We’re changing the conditions that these fishes live in and we need to understand how they're using that soundscape and contributing to it to conserve aquatic systems.”

Eavesdropping on fish with non-invasive equipment such as hydrophones can also help conservation efforts by identifying which species might be flourishing in marine protected areas, or as an early warning signal to track invasive species, Cox said.

Fish can produce a variety of sounds by rubbing or striking bony parts of their body, or by vibrating their swim bladder to make drumming sounds.

Some fish, like Pacific herring, even communicate by farting, Cox said.

“It’s probably one of the weirdest sounds, and one people gravitate towards because it’s quite funny,” he said.

“It has behavioural implications, it’s not just an accident,” Cox said.

“Schooling fish basically rely on different mediums of communication to stay in sync.”

The plainfin midshipman is another species found along the southern half of the B.C. coast that is especially popular with researchers studying soniferous fish because of its variety of distinct sounds, he added.

When breeding, the males hum in a manner similar to a little motorboat to attract females, and they make grunts and growls to defend their nests.

“They come up into the intertidal area to breed and people may be aware of these fish because they hum really loud,” Cox said.

“They're really a fun fish in that … they sing all night, and if you sit by the water, you can hear them.”

And sound is more valuable in aquatic ecosystems than in other environments because there’s typically less light or visibility, and noise travels farther than smell or taste, he said.

“In the vast majority of waters, sound is one of the most — if not the most — important medium for communication.”