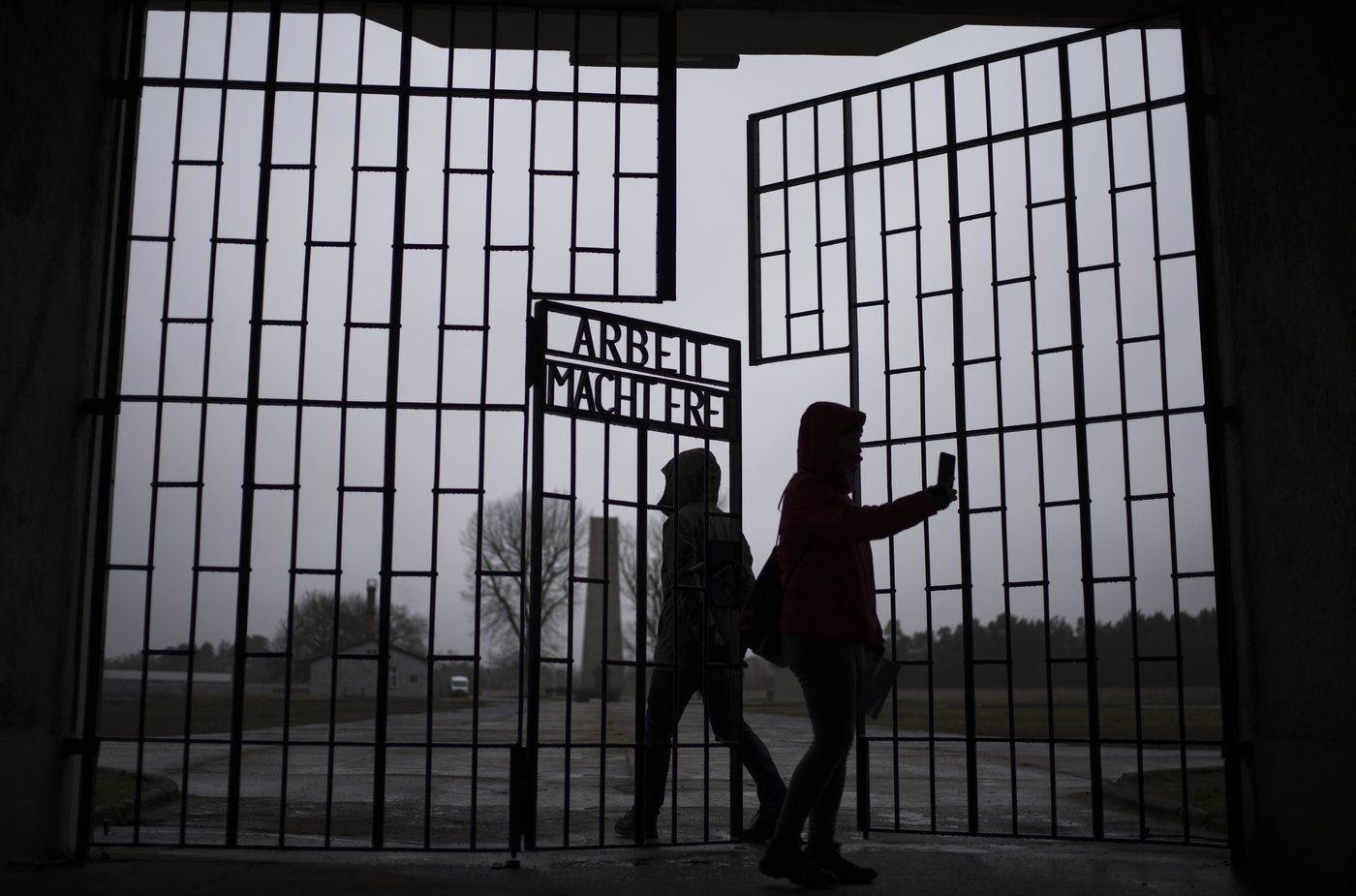 People take photos as they enter the Sachsenhausen Nazi death camp through the gate with the phrase 'Arbeit macht frei' (work sets you free), in Oranienburg, about 30 kilometres north of Berlin, on Tues., Jan. 25, 2022. (AP-Markus Schreiber)
Previous story

Holocaust denial is to be outlawed in Canada, in a further effort to stamp out rising antisemitism.

The federal government is set to make it a criminal offence to make a statement denying the Holocaust took place or condoning or downplaying the killing of Jews by the Nazi regime, except in a private conversation.

Ministers plan to use a bill enacting the budget to swiftly change the Criminal Code, budget documents show.

The move to outlaw Holocaust denial comes as MPs and anti-hate groups warn about the rise of white-supremacism and antisemitism in Canada.

"Jewish Canadians comprise one per cent of the Canadian population yet are the target of 62 per cent of all religiously motivated hate crimes," said Richard Marceau, vice-president of the Centre for Israel and Jewish Affairs. "We live in a time of rising antisemitism."

Canada will join a string of European countries, including Germany, Greece, France, Belgium and the Czech Republic, which have already prohibited Holocaust denial.

Six million Jews were systematically killed in Nazi-occupied Europe while Hitler was in power, along with other groups, such as Roma.

"Holocaust denial and distortion constitute a cruel assault on memory, truth, and justice — an antisemitic libel to cover up the worst crime in history — and thereby a cruel and mocking rebuke to Holocaust survivors and their legacy," said Irwin Cotler, the prime minister's special envoy on preserving Holocaust remembrance and combating antisemitism.

Public Safety Minister Marco Mendicino said "there is no place for antisemitism and Holocaust denial in Canada."

#Holocaust denial — and downplaying the #Nazis' murder of #Jews — to be outlawed. #CDNPoli #Antisemitism

"That's why we've pledged to prohibit the wilful promotion of antisemitism through condoning, denying or downplaying the Holocaust," Mendicino added. "The Holocaust was one of the darkest chapters in human history. We must preserve its memory, combat contemporary antisemitism and be unequivocal when we say: never again."

Waugh said the government proposal was "word for word" the same as in his bill and he was surprised to see it in the budget.

But the Conservative MP said having the government push through the law was a "win for everybody."

"There is no place for racism in this country," he said.

Waugh said he would not withdraw his bill, which has its second reading debate at the end of April in the Commons, even though banning Holocaust denial will be part of the budget bill.

He said he wanted to ensure the change to the Criminal Code is enacted as soon as possible.

The budget does not say what the penalty would be for a person convicted of Holocaust denial. Waugh's bill proposes up to two years in prison.

The NDP has said it will vote for the budget, under the terms of its confidence and supply pact with the Liberals, which will mean the bill will pass through the Commons.

If the law is changed through the budget bill first, Waugh's bill aiming to prohibit denying the Holocaust happened in statements will be rendered redundant.

The Department of Justice did not immediately respond for a request for comment.

The budget set aside more than $70 million for initiatives benefiting Canada’s Jewish community.

This includes $20 million for the relocation and expansion of the Montreal Holocaust Museum and $2.5 million to support the Sarah and Chaim Neuberger Holocaust Education Centre in Toronto.

This report by The Canadian Press was first published April 8, 2022.