Calls mount for a federal government crackdown on handguns 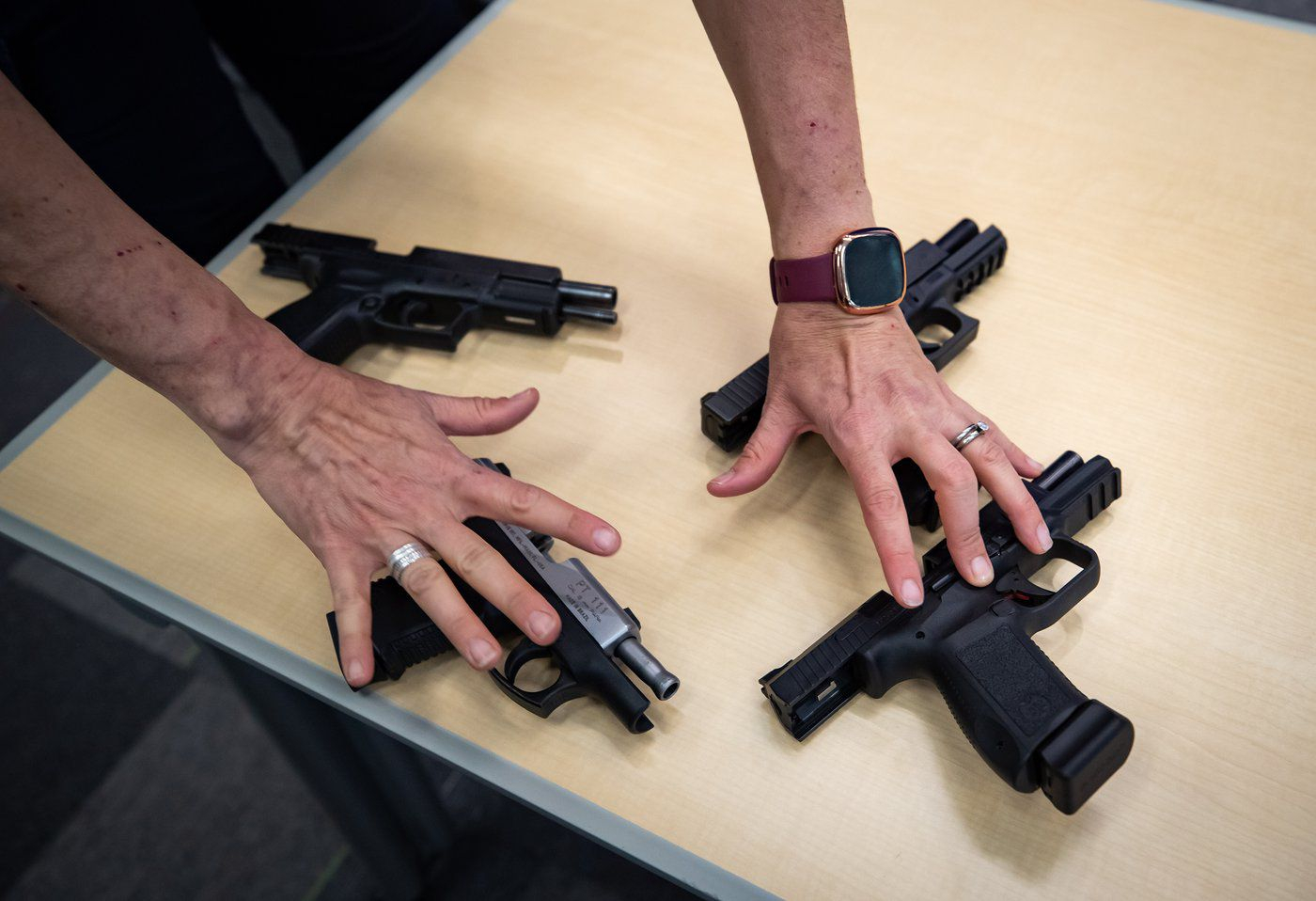 Seized firearms are displayed during an RCMP and Crime Stoppers news conference at RCMP headquarters in Surrey, B.C., on Monday, May 17, 2021. File photo by The Canadian Press/Darryl Dyck
Previous story
Next story

Prominent firearm-control advocates are urging the Liberal government to abandon plans to allow provinces to ban handguns, saying regional measures will lead to a disastrous patchwork across Canada.

In a new letter to Public Safety Minister Marco Mendicino, several high-profile groups call instead for countrywide measures to phase out the private ownership of handguns.

"With that policy objective in mind, we believe that offloading the responsibility to ban handguns to provinces would be a disaster: politically, legally, and most importantly, in terms of public safety," says the letter sent Wednesday to Mendicino.

"We are unaware of any public interest organization that supports this policy and there is no evidence that regional bans are effective."

The plea follows a pledge this week by Ontario Liberal Leader Steven Del Duca to ban handguns across the province should he become premier following the election slated for June.

The April 20 letter was signed by representatives of organizations including the Coalition for Gun Control, PolySeSouvient, the National Association of Women and the Law, Danforth Families for Safe Communities, the Canadian Association of Emergency Physicians, and the Quebec City mosque where six people were killed.

Overall, the signatories call for legislation "that will finally move the bar forward to a point where it will be extremely difficult, if not politically impossible, to turn back in the opposite direction."

"Rather than catering to the vocal minority and ignoring the evidence of violence and injury prevention experts, it is time for your government to deliver the kind of gun control a majority of your supporters and a majority of Canadians want, and to finally give the victims of gun violence some closure."

Mendicino's office had no immediate comment on the letter.

The Liberals have promised a mandatory buyback of banned guns they consider assault-style firearms, a crackdown on high-capacity firearm magazines and new efforts to combat gun smuggling.

The planned buyback would make it mandatory for owners of a wide variety of banned firearms, including the Ruger Mini-14 used in the 1989 École Polytechnique shooting, to either sell them back to the government or have them rendered inoperable at federal expense.

The proposal has won applause from gun-control advocates but the unwavering disapproval of some firearm owners and Conservative MPs.

The Liberals have also pledged to work with any province or territory that wants to ban handguns, earmarking at least $1 billion for the effort.

In their letter, the groups say there is little evidence to suggest handing responsibility to provinces for prohibiting the sale, import or possession of handguns would have any effect, given that firearms flow from unregulated jurisdictions to regulated ones.

"Conferring power to the provinces to ban handguns will result in never-ending debates, legal challenges and the inevitable failure of whatever patchwork of laws are enacted — if any."

Adopting a policy based on provincial agreements would also politically taint the handgun issue and impede any real progress on handguns for decades, the groups add.

"It is true that illegally imported handguns are part of the problem, but the fact remains that as the number of licences for restricted firearms has grown, so too has gun-related injury, homicide and crime in Canada," the letter says.

The groups advocate capping the number of firearms licences with restricted privileges at the current level and grandfathering existing handguns.

"At the very least, we expect the government to ban the importation and manufacture of new handguns."

The letter urges Mendicino to discard many other elements of Bill C-21, including a so-called red flag provision that would allow an endangered person to apply to a court for an order to remove firearms from a stalker or abuser.

"Such an option goes against the hard-fought principle of removing any responsibility from a victim with respect to decisions to charge an abuser, as this may further endanger the victim," the letter says. "Indeed, it is unrealistic to expect victims to have the means and the fortitude to go to court while they face the challenges of escaping abuse, caring for children and living the semblance of a normal life."

Existing law provides wide latitude and authority to firearms officers to refuse a licence to any person who is a threat to themselves or to any other person, and to remove guns when risks are identified, the groups argue.

"Unfortunately, what too many incidents and inquests have shown is that Canada has failed in the implementation of the legislative tools that are already at its disposal."

The gun-control groups welcome the buyback of some 1,500 models of firearms the government banned in 2020 through order-in-council on the basis they have no place in hunting or sport shooting.

However, some similar models remain legal while Canadian manufacturers have managed to circumvent the rules by introducing new firearms, the letter says.

The groups therefore advocate "evergreen" changes to the firearm classification system that would modify the definition of prohibited guns in the Criminal Code.

This report by The Canadian Press was first published April 21, 2022.