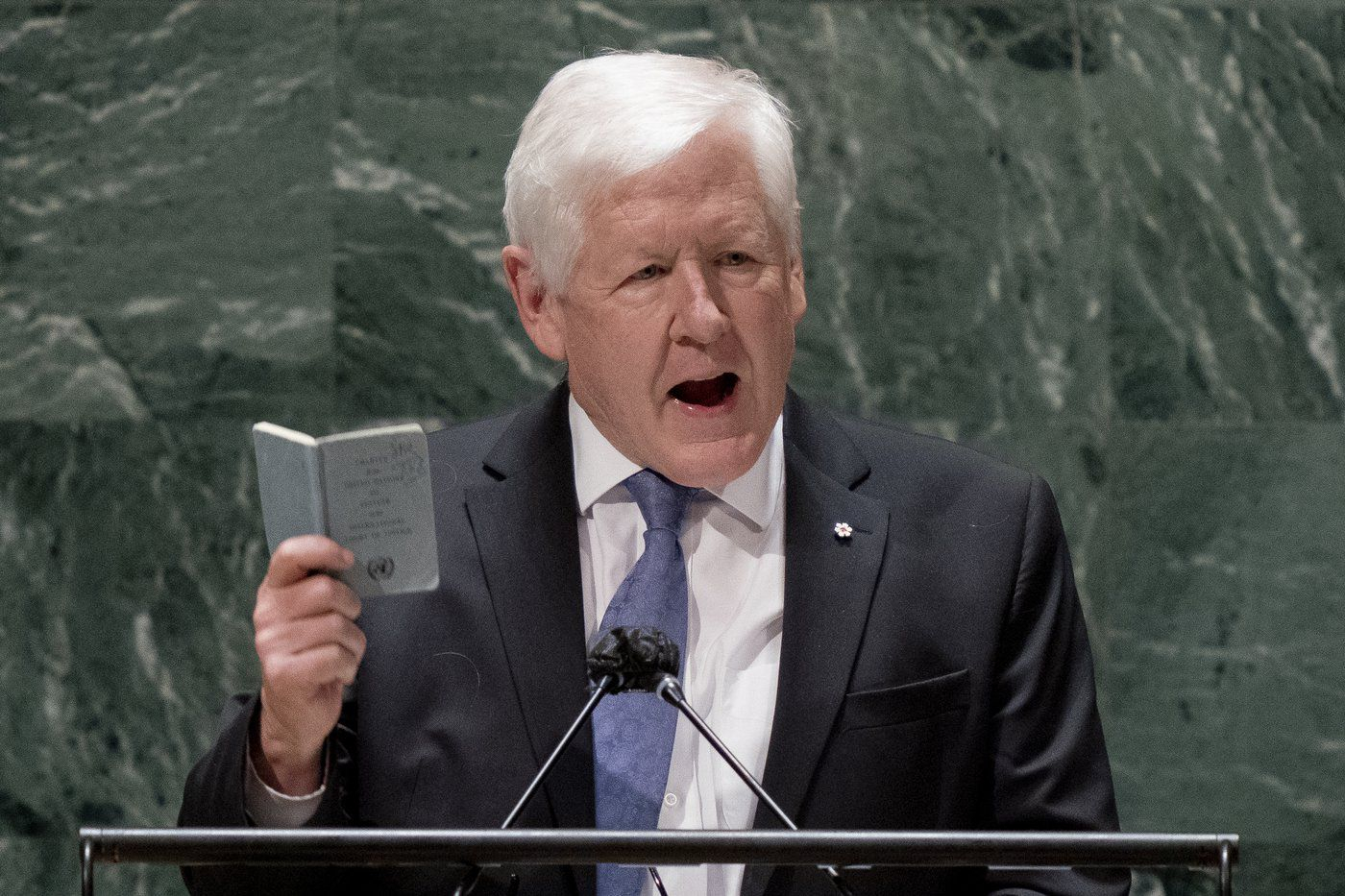 Russia targeted 61 Canadians — from politicians to journalists — with fresh sanctions on Thursday over Canada's actions against the country for its invasion of Ukraine.

Many of those named, including provincial premiers, military personnel, political staff and journalists, treated their inclusion on the latest list from President Vladimir Putin as a proverbial badge of honour. But others, such as Globe and Mail international correspondent Mark MacKinnon, saw nothing positive in the development.

"I'm getting a lot of 'congratulations' replies to this. But for me, it's a genuinely sad day. I loved my time living in Russia, and made a lot of friends there (though many of them have left)," MacKinnon said on Twitter.

"I always tried to report honestly about the country. I guess that was the problem."

I'm getting a lot of "congratulations" replies to this. But for me, it's a genuinely sad day. I loved my time living in Russia, and made a lot of friends there (though many of them have left). I always tried to report honestly about the country. I guess that was the problem. https://t.co/o8BjheD3yr

Russia has already banned many prominent Canadians from entering the country, including Prime Minister Justin Trudeau, cabinet ministers and MPs from all parties. Deputy Prime Minister Chrystia Freeland was previously banned because she wrote critically about Putin in her past career as a journalist.

"To have been left off the Russian list any longer would have been embarrassing," Rae said on Twitter. "I am grateful this oversight has finally been corrected."

To have been left off the Russian list any longer would have been embarrassing, I am grateful this oversight has finally been corrected.

Kenney also wondered why it took so long for him to make the list.

"Honoured to be included in Putin's latest blacklist of sanctioned Canadians," Kenney said on Twitter. He noted that as a former federal Conservative defence minister, he was proud to launch the Canadian Forces military training mission in Ukraine that included sending equipment and satellite technology.

Honoured to be included in Putin’s latest blacklist of sanctioned Canadians!

My only question: what took so long?

Horgan said his listing was "a badge of honour not for myself but for British Columbia."

At a news conference Thursday, he said the ban meant that the province and its people caught the attention of a "brutal dictator" by standing up to him, and opening their hearts and homes to Ukrainians.

"So, if the Russians don't want me to visit, I had no plans to go," Horgan said. "I guess I'll scratch that off my list of things to do. It's no longer on the bucket list, if it ever was."

Several active military leaders are on the Russian list, including Maj.-Gen. Steve Boivin, commander of the special operations forces of the Canadian Armed Forces.

Trudeau said the latest round of sanctions would not deter Canada at all.

"This does not weaken our resolve one whit from doing everything we can to stand up for Ukraine and pushing back hard against Vladimir Putin's murderous regime," he said at a late Thursday news conference.

Canada will continue imposing "crippling" sanctions and working with the international community, including the International Criminal Court, to hold Putin and his cronies responsible, Trudeau said.

Trudeau again declined to say when Canada will send heavy artillery to Ukraine. He promised the weapons earlier this week but has not yet provided details, citing operational security.

"We know that a new phase of the war is starting up right now, with heavy bombardment in the east by Russia," Trudeau said Thursday. "The Ukrainians have asked for heavy artillery and we will be delivering."

The Russian sanctions also target Canadian journalists such as MacKinnon, who formerly served as the Globe's Moscow correspondent and has reported regularly from Ukraine before and during the war, and National Post columnist John Ivison, as well as the editor-in-chief of the Globe and the president and CEO of CBC.

Russia says on its Foreign Ministry website in Russian that these individuals are all "directly involved in the development, substantiation and implementation of the Russophobic course of the ruling regime in Canada."

Municipal politicians also made the list, including the mayors of Toronto and Ottawa, John Tory and Jim Watson.

"The City of Toronto continues to stand with the people of Ukraine as they continue the fight of their lives and the fight for freedom and democracy for us all. Beyond that we will continue to do all we can as a city to offer shelter and support to those escaping these atrocities," Tory said in a statement.

This report by The Canadian Press was first published April 21, 2022.

— with files from Lee Berthiaume and Hina Alam

A subsidiary of the Globe and Mail holds an investment in The Canadian Press as part of a joint agreement with Torstar and a subsidiary of Montreal's La Presse.