Bank of Canada warns of another interest rate rise 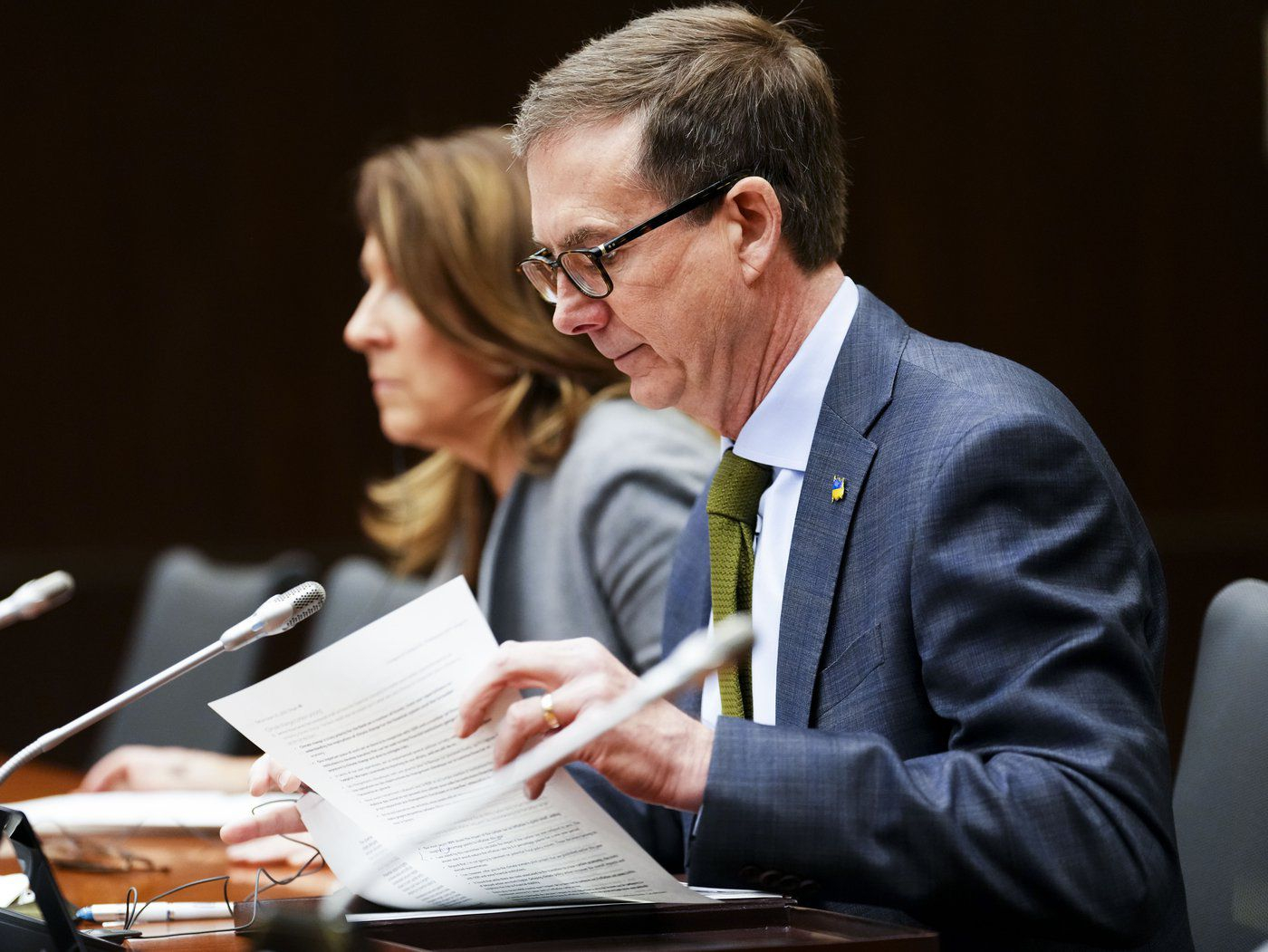 Governor of the Bank of Canada, Tiff Macklem, and Senior Deputy Governor Carolyn Rogers appear before the House of Commons Standing Committee on Finance, in Ottawa on Monday, April 25, 2022. Photo by The Canadian Press/Sean Kilpatrick
Previous story

"Inflation is too high. It is higher than we expected," Macklem told the House of Commons standing committee on finance. "And it's going to be elevated for longer than we previously thought."

Two weeks ago the central bank raised its key interest rate a half point to one per cent and warned more rate hikes would be coming as it works toward an inflation target of two per cent.

Macklem said that in looking ahead to its next decisions, "we will be considering taking another 50-basis-point step."

"The economy needs higher rates and can handle them," he said. "With demand starting to run ahead of the economy's capacity, we need higher rates to bring the economy into balance and cool domestic inflation."

Canada's inflation rate hit a three-decade high of 6.7 per cent in March, well above what the central bank projected in its January monetary policy report.

Russia's invasion of Ukraine has driven up the cost of energy and other commodities, and is further disrupting global supply chains, but there is also domestic pressure on prices, Macklem said.

The central bank foresees inflation averaging almost six per cent in the first half of this year and remaining elevated for the remainder of 2022, then easing in the second half of next year before returning to the two-per-cent target in 2024.

Inflation at five per cent for a year, or three percentage points above the bank's target, costs the average Canadian an additional $2,000, Macklem said.

"And it's affecting more vulnerable members of society the most because they spend all their income and because prices of essential items like food and energy have risen sharply," he said.

"We are committed to using our policy interest rate to return inflation to target and we will do so forcefully if needed."

Macklem acknowledged that seeing mortgage payments and other borrowing costs increase as a result can be worrying for Canadians.

"We will be assessing the impacts of higher interest rates on the economy carefully," he said.

People should expect rates to rise toward a range the central bank considers "a neutral interest rate that neither stimulates nor weighs on the economy," which the bank estimates to be between two and three per cent, he added.

IMF and World Bank at odds

IMF and World Bank at odds with each other over interest rate hikes
http://bilbo.economicoutlook.net/blog/?p=49629

"The World Bank President said recently that central banks should not be relying on interest rate hikes:

The inequality gap has widened materially, with wealth and income concentrating in narrow segments of the global population. Rate hikes, interest rate hikes, if that’s the primary tool, will actually add to the inequality challenge that the world is facing.

So what are they proposing?

Fiscal support for the poor to reduce the impact of fuel and food price rises. In other words, income support to maintain nominal spending in real terms.

Why would they do that if there is inflation?

Because they seem to understand that the inflationary surge is not a demand event and will not be resolved by further cutting nominal incomes."

The last thing policy makers should be thinking about right now is creating a recession
http://bilbo.economicoutlook.net/blog/?p=49216

The last thing any policy maker should be aiming for at present is a recession or even a “sharp slowdown”. You can be sure that the only ones damaged by that sort of strategy will be the workers, while the banksters will get away with millions.

And, a recession will not ease the supply constraints.

It would just bring the demand side down in line with the reduced supply capacities at present, cause massive income and job losses, and then, sometime in the future, as the pandemic eases, and ships and trucks start moving again, we would all wonder what the hell it was all for.

Well, it would be clear what the motivation would have been.

Continue the transfer of national income to the top-end-of-town and keep the workers from gaining some much needed real wages growth.