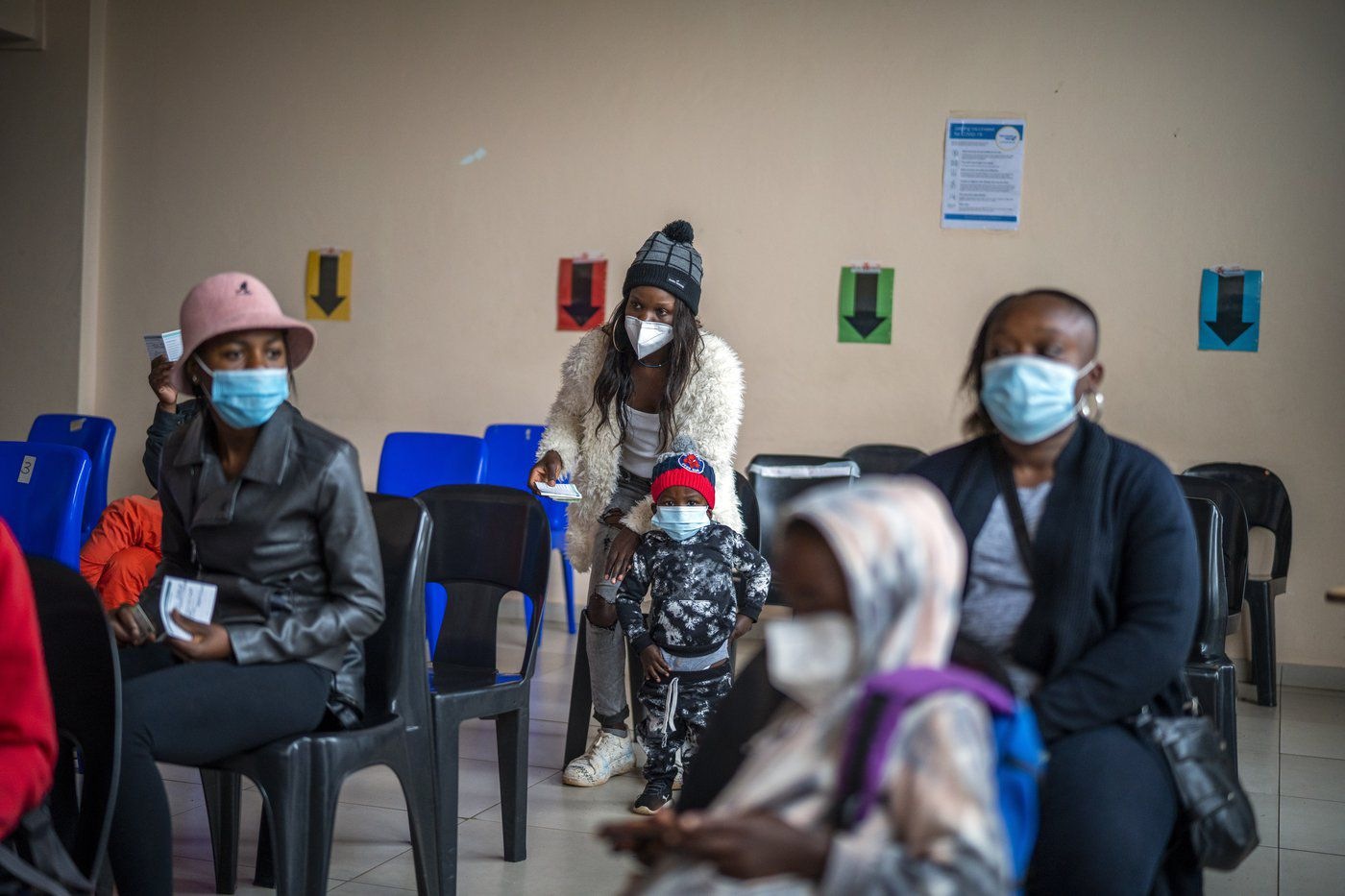 People wait to get their COVID-19 vaccinations at Soweto's Baragwanath hospital on Monday, Dec.13, 2021. File photo by The Associated Press/Jerome Delay
Previous story
Next story

With pandemic restrictions easing across Canada, a House of Commons committee was warned today that disruptive new variants of COVID-19 will continue to emerge every few months unless the low vaccination rate in poorer countries rises.

The message was delivered to the Commons foreign affairs committee by the head of Gavi, the international organization leading the distribution of vaccines to the developing world, and a senior United Nations Children's Agency official.

Seth Berkley, the head of Gavi, said while Canada is offering fourth doses of COVID-19 vaccines and has a vaccination rate above 80 per cent of the population, the global rate is just 59 per cent.

He said in the poorest 18 countries, less than 10 per cent of people are fully vaccinated.

Berkley said with 2.7 billion people unvaccinated around the world COVID-19 has ample space to mutate into new variants, including the recent Omicron strain, which is sickening triple-vaccinated people in the developed world.

"Even though many countries with high coverage have now relaxed restrictions and reopened their societies, we are still in a state of global crisis," said Berkley. "So far, a new variant has emerged roughly every four to five months, and globally, nothing has changed to give us reason to believe that this pattern won't continue."

Lily Caprani, the head of global health, vaccines and pandemic response for UNICEF, said it is in the "enlightened self-interest" of countries such as Canada to increase vaccination rates everywhere, otherwise there will be a continuing cycle of new variants emerging.

"As we know, a new variant continues to emerge every four months or so and the threat is not over, either to those vulnerable populations, or to any country — even with high vaccine coverage," Caprani said.

What's more, said Caprani, while COVID-19 might not have posed the greatest risk to children compared to other groups, the pandemic has caused them a generation's worth of harm in other ways. School closures, lack of access to maternal and newborn health care and a decline in immunizations of other preventable diseases has led to a re-emergence of measles and polio, she added.

"Children are a kind of hidden victims of the pandemic," she said.

Caprani and Berkley told the committee that the problem of vaccine supply — which led to widespread criticism last year that Canada and other countries were vaccine hoarders — is no longer the prevailing problem. There are now plenty of manufactured vaccine doses available, but less-developed countries lack the capacity to actually get people vaccinated.

They cited a range of factors from damaged or inadequate health-care systems to vaccine hesitancy, to a lack of health-care workers and basic supplies, such as syringes, to inject vaccines into willing arms.

International Development Minister Harjit Sajjan noted the capacity shortcomings on a recent trip to western Africa and said he planned to look for ways to target Canada's aid spending to areas where it could be most useful.

NDP foreign affairs critic Heather McPherson told the committee she did not want to see rich countries cut back on their overall international development spending as they roll out fourth doses for their own populations.

"There's this sort of feeling that COVID-19 is over, that we can change the channel that we can turn the page. And I think both our witnesses today have made it very, very clear that we are not out of this pandemic."

AstraZeneca president Kiersten Combs said her company initially made its vaccine available at "no profit through the height of the crisis" before moving to a "tiered pricing" practice later on.

Fabien Paquette, the vaccines lead for Pfizer, said his company offered "tiered pricing" that saw wealthy countries such as Canada pay a price that was benchmarked to the "historical cost of the flu vaccine." Middle income countries were asked to pay half that price, while lower-income countries were offered what the company called a not-for-profit price.

But neither Combs nor Paquette would reveal what Canada paid for those vaccines when pressed by the two MPs.

"It very much appears like the profit motive has trumped the humanitarian crisis and the need for people around the world to be able to access the vaccines," McPherson told the two pharmaceutical executives. "I am disappointed, I have to say, that you aren't able to share some of the numbers with us."

She told the committee that Pfizer has said it recorded a $37 billion profit from its COVID-19 vaccine.