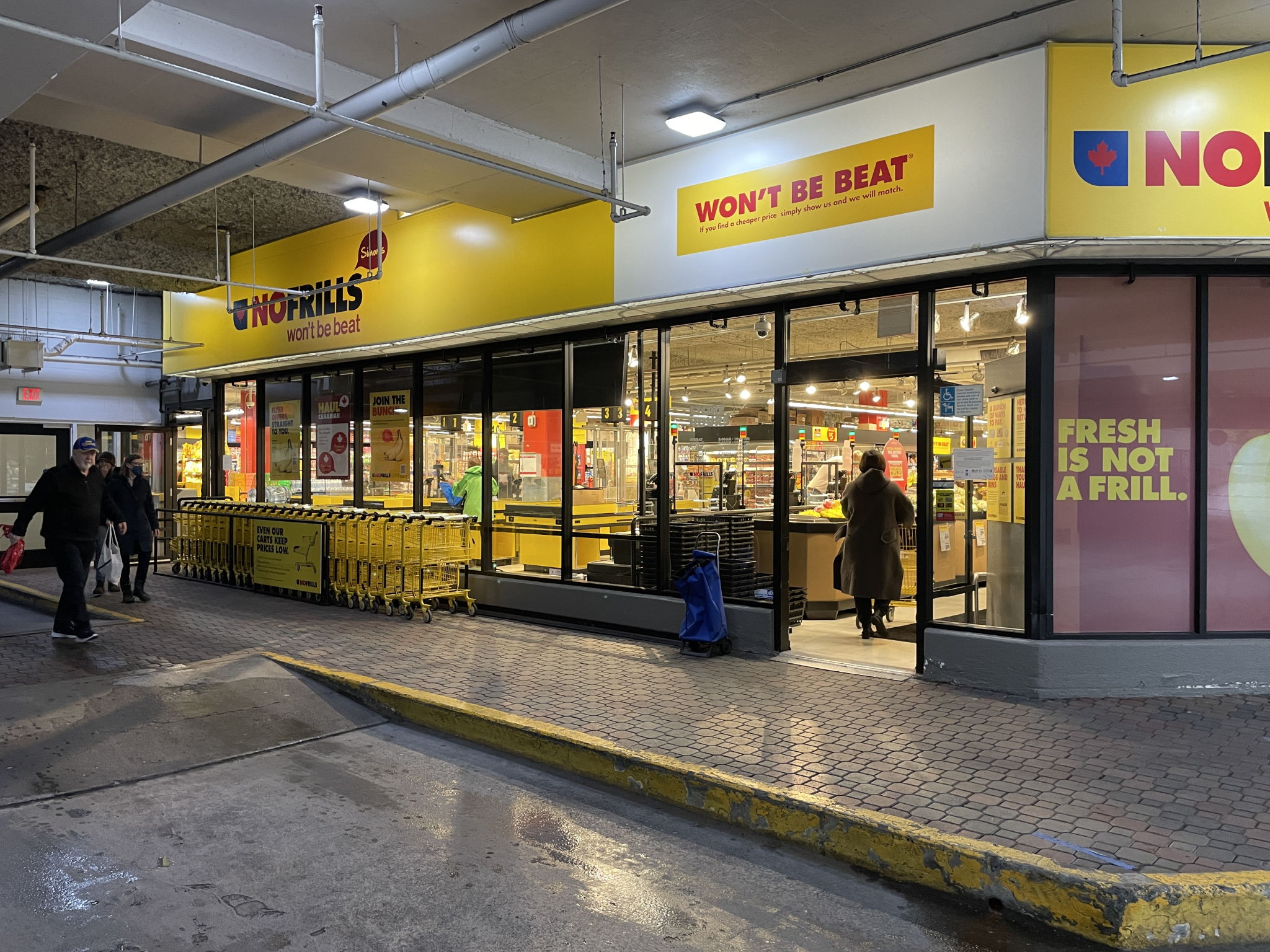 Global food prices are soaring, and shoppers are grocery stores across Canada — and around the world — are feeling the pinch. Photo by Marc Fawcett-Atkinson/National Observer
Previous story

Vancouver resident Bob Evans is outside his neighbourhood supermarket, talking about the price of food.

Costs have "changed, indeed," he says, mentioning that bread and a host of other basic supplies have become more expensive in recent months. "I personally don't have too much of a problem but I know other people would… because their income isn't keeping up with the price of inflation."

His concerns are echoed by the half-dozen shoppers hastily browsing the store's aisles before heading to work. They aren't dreaming: Food has gotten more expensive in recent months, and not just in one of Canada's most expensive cities.

According to the UN Food and Agriculture Organization (FAO)'s benchmark food price index, the cost of staples like wheat, corn and rice jumped by about 20 per cent between February and March to reach previously unseen levels. In Canada, federal data estimates the cost of a basket of basic foods is about 7.7 per cent higher than last March.

The war in Ukraine has precipitated a global food price crisis — the third since 2007 — predicted to leave millions hungry, including Canadians pinched between low incomes and high food costs. But while some pundits and farming lobbies blame the crisis on food shortages, a report published Friday by the International Panel of Experts on Sustainable Food Systems (IPES-Food) finds high prices are, in part, fuelled by wealthy investors, including some pension plans.

"Evidence suggest financial speculators are jumping into commodity investments and gambling on rising food prices, and this is pushing the world's poorest people into hunger," said co-author Jennifer Clapp, a professor at the University of Waterloo who specializes in sustainable food systems and globalization.

In normal times, Ukraine produces roughly a quarter of the world's wheat exports, about a fifth of its corn exports and over 60 per cent of its sunflower oil. Russia is also a major wheat producer and, together with Belarus, is a key source of nitrogen and potash fertilizers globally. The war has largely halted this global trade, triggering fears the world will face a severe wheat shortage.

That's unlikely in the short term, Clapp said, citing FAO data that shows the world is sitting on "relatively comfortable" supplies of key crops like wheat, rice and corn stored by a combination of countries, regional organizations and big agri-food companies. While pandemic-related supply chain problems may be causing temporary regional shortages, overall, the world has plenty of food.

But that hasn't stopped investors from snapping up so-called crop futures — essentially, an advance on a yet-to-be planted crop — for grains and other crops. Futures play a key role in the world's global commodity trade by making it possible for farmers and others in the food system like grain millers and food processors to afford to plant at all. But problems arise when investors rush in to buy crop futures, pushing their price up far beyond what supply and demand dictate.

Clapp said those increases will hit poor countries the hardest.

Starting in the 1980s, dozens of poorer countries replaced traditional diversified farms that met local food needs with cash crops like palm oil, cotton, cocoa or coffee as a way to pay off national debt under the guidance of the International Monetary Fund and the World Bank. These shifts in production have undermined countries' ability to grow their own food, making them dependent on food imported from countries like Canada, the U.S. and Ukraine. The proliferation of industrial farms for some cash crops like palm oil — which rely on synthetic fertilizers, pesticides and fossil fuels — is also a major driver of climate change, pollution and biodiversity loss worldwide.

But when the price of these imported foods rises, they become unaffordable for many people in these countries — and without the land or farms to grow food locally, many go hungry. The current crisis alone is expected to plunge about 13 million more people into hunger globally, the IPES-Food study notes.

Since the war started in Ukraine, farm lobbies have pushed the U.S. and EU to roll back environmental protections, allowing them to expand industrial farms and double down on the current system to tackle the crisis. That would be a mistake, Clapp said. Canada and other wealthy countries should instead help those hardest hit build more diverse local food systems better suited to weather global crises that trigger high food prices.

Although Canada is a large producer of wheat, the war in Ukraine is likely to drive up domestic food prices because of rising prices for oil and fertilizers necessary for growing crops, and increased demand for Canadian wheat exports. But it still plays a role in the high prices prompting complaints from Evans and his fellow early-morning grocery store shoppers.

"Food prices were already rising in Canada (because) of supply chain disruptions caused by COVID and general inflationary pressure," she said. "The main thing the Canadian government could do to address that is provide social assistance to low-income people whose access to food has been hindered by rising food prices."