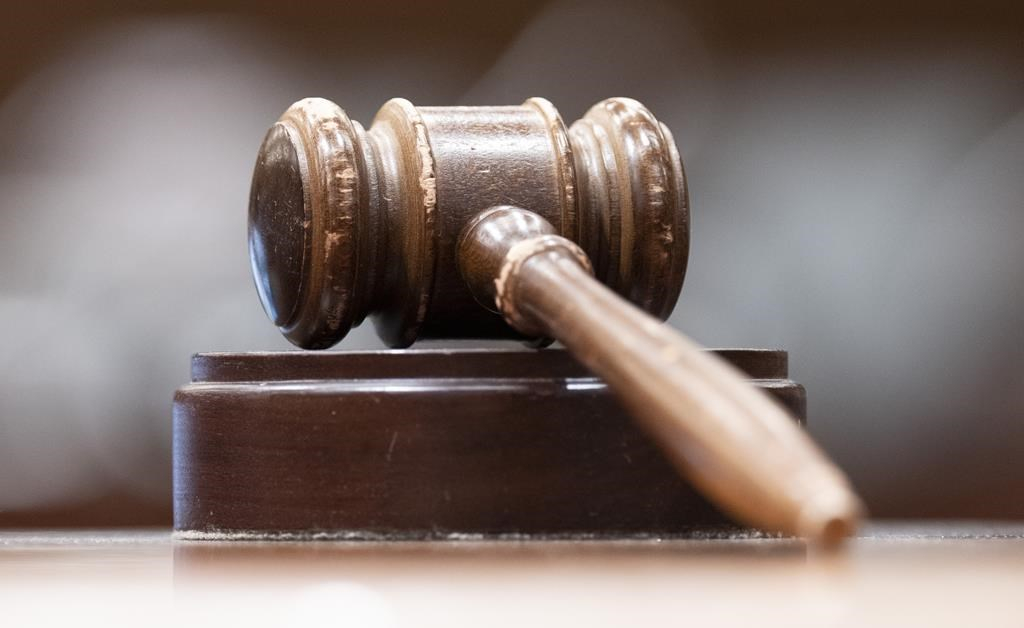 A gavel is seen ahead of a committee meeting on Parliament Hill, Monday, April 11, 2022 in Ottawa. Photo by: The Canadian Press/Adrian Wyld
Previous story
Next story

The Alberta Court of Appeal's strongly worded opinion said the Impact Assessment Act is an "existential threat" to the division of powers guaranteed by the Constitution and has taken a "wrecking ball" to Constitutional rights of the citizens of Alberta and Saskatchewan.

The majority of the judges sided with Alberta, arguing that the legislation allowed Ottawa to put provinces in an "economic chokehold" and give it the means to choose winners and losers between them.

Prime Minister Justin Trudeau, later in the House of Commons, said that the law delivered on a promise to reform a "broken system and restore public trust in how decisions about major projects are made."

"We will be appealing this decision," he said.

The Alberta government, calling it a Trojan Horse, had challenged the act over what the province argued was an overreach into provincial powers. It asked the Appeal Court for a reference, or an opinion, which is not a binding decision and is used to guide governments in determining a law’s meaning or constitutionality.

The act, given royal assent in 2019, lists activities that trigger an impact review and allows Ottawa to consider the effects of new resource projects on a range of environmental and social issues, including climate change.

Alberta argued the law could use those concerns to greatly expand the range of federal oversight into areas of provincial jurisdiction.

The 204-page opinion said that legitimate concerns about the environment and climate change should not override the division of power.

"If the federal government believes otherwise, it should make the case for an increase in its jurisdiction to the Canadian public."

A fourth judge signed off on that opinion with the exception of one section.

In a dissenting opinion, Justice Sheila Greckol said the federal environmental impact law is a valid exercise of constitutional authority.

"The complexities and the urgency of the climate crisis call for co-operative interlocking environmental protection regimes among multiple jurisdictions, each functioning at its highest and best within their constitutional jurisdiction," Greckol wrote.

Olszynski suggested the Alberta court has concluded the federal government can't decide on its own when national interests are at stake.

"They feel it is not OK for the federal government to assess projects simply because they have some adverse effect on federal jurisdiction," he said.

"We seem to have the Court of Appeal imposing a judicial threshold for how much harm (Ottawa) has to tolerate."

Olszynski added that much in the court's opinion made speculative points about the danger of stranded assets in the oilpatch, the advantage to foreign producers if Alberta oil isn't developed and the likely length of time it will take to transition away from fossil fuels.

"It suggests there's something extrajudicial about the reasoning," he said.

University of Ottawa law and economics professor Stewart Elgie said he expects the opinion to be overturned.

"(It) flies in the face of the Supreme Court of Canada’s 1992 decision upholding federal environmental assessment legislation as constitutional," he wrote in an email.

"Ottawa has been assessing major projects across Canada for 30 years, as have provinces, and the sky hasn't fallen."

Duane Bratt, a political science professor at the University of Calgary, called the opinion a win for Alberta's United Conservative government, which has characterized the law as the "No More Pipelines Act."

But he added it may not do Alberta much good, since the court was careful to talk only about "intra-provincial" projects.

"Based on the (opinion), the Alberta government can build as many pipelines as they want, as long as they stay within the province of Alberta," Bratt said. "I think the Supreme Court will uphold this."

"I've been waiting for this day for a long time, and it really matters," Kenney said in Calgary. "It matters for people who have been struggling in this province, it matters for the future of our economy, it matters as to whether or not this is actually a functioning federation."

New Democrat Opposition leader Rachel Notley agreed the opinion was a provincial win, saying the legislation as it exists doesn't guarantee reasonable timelines and gives too much discretion to the federal minister.

"This act put in place better rules for major projects that restore trust, protect the environment, advance reconciliation and ensure good projects can move forward in a timely way."

There were 17 interveners in the case.

Alberta was supported in its challenge by the governments of Saskatchewan and Ontario, as well as three First Nations and the Indian Resource Council.

Seven of the interveners, including a wide array of environmental and legal groups as well as other First Nations, were in support of Ottawa.

Supreme courts — the court of

As they say, it ain't over until it's over.

Sorry, I bungled the links

Sorry, I bungled the links and dates above. Early in the morning.