By Natasha Bulowski | Explainer | May 9th 2022
#1 of 20 articles from the Special Report: The Influencers 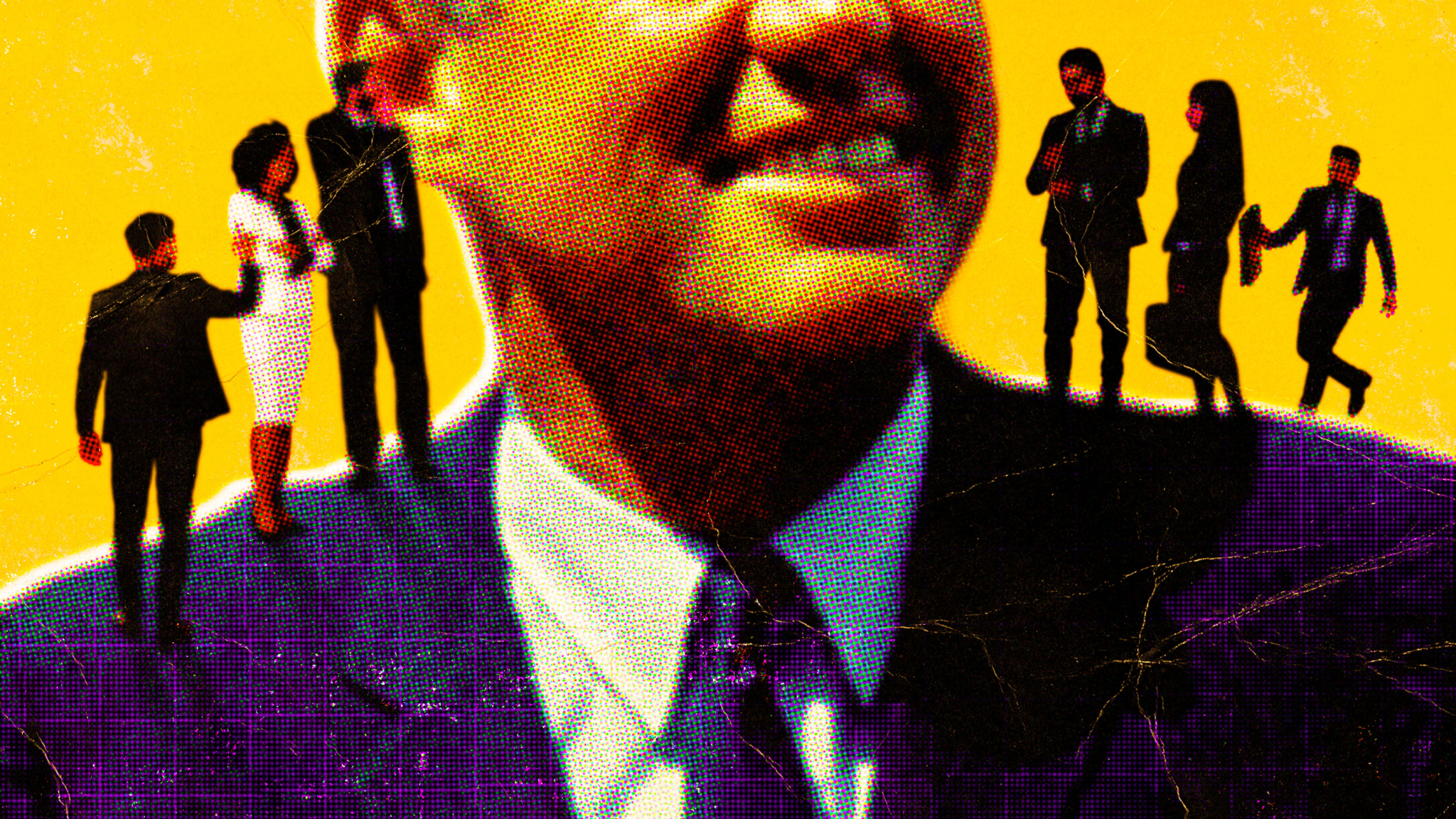 Lobbying is a term used to describe the efforts of individuals, corporations and non-governmental organizations to influence the outcome of government policymaking and is a deeply ingrained part of Canadian politics. It can shape laws and policies and affect who gets awarded grants and contracts at all levels of government.

The people who do this work on behalf of companies, industries or individuals are hired to further their client’s interests by communicating with politicians and government officials in hopes of swaying their decisions. As long as individuals who get paid to lobby are registered and disclose certain information about the meetings they have with designated public office holders, it is a legal activity.

The federal Lobbying Act governs lobbyists and aims to prevent unethical lobbying by requiring paid lobbyists to register their activity and imposing a five-year cooling-off period on former public office-holders who wish to lobby. However, unpaid lobbyists have no obligation to report their activity and are not bound by the Lobbyists Code of Conduct — a set of rules around political activity and gift-giving. All 10 provinces and Yukon have lobbyist registries and some municipalities not captured by provincial lobbying legislation have enacted their own.

Proposed changes to the federal code are underway, and Canada’s lobbying commissioner has released preliminary recommendations for improving the act.

Here’s everything you need to know about how lobbying works in Canada.

How does it work?

When most people think of lobbying, they envision industry representatives calling or meeting with MPs, ministers and government staffers to persuade them on key issues, but there’s more to it than that. Data collection, research, polling, financial analysis and policy writing are all part of a lobbyist’s process when presenting the government with a compelling case.

Explainer: What is lobbying? How did it begin? Who are lobbyists? Who do they lobby? And why does it all matter? Learn the ins and outs of lobbying and how it can affect climate action. #Lobbying

It takes time and energy to survey the political landscape and monitor legislation and policy as it moves through Parliament. After careful planning and research, lobbyists engage with government officials to make their case.

This is where it gets murky: lobbyists are a fixture in the realm of government and policymaking, but what exactly they do can seem shrouded in mystery due to a dearth of research on lobbying in Canada.

While the practice undoubtedly involves persuasion, a 2006 article from the University of Michigan suggests a significant part of lobbying is helping legislators achieve their own similar objectives. This can be done by providing government officials with research and evidence on an issue to help justify or strengthen their stance on a particular piece of legislation.

Because the government always seeks input from groups affected by pending legislation, regulated lobbying has the potential to help create smart policy and avoid unforeseen drawbacks.

In theory, lobbying helps all stakeholders have a say in matters that affect them. But a power imbalance exists between citizens and large companies and organizations. Groups with greater financial resources can spend more time furthering their self-interests than those without, and citizens left to lobby through letter campaigns, protests and other grassroots efforts do not have the same access to and influence over politicians and decision-makers.

How did it begin?

Some say the term “lobbyist” was coined in 1860s Washington, D.C., by then-U.S. president Ulysses S. Grant, who was said to frequent the Willard Hotel, often with a brandy and cigar in hand. When people caught wind of this, they waited in the lobby to make their case to this powerful man.

Grant may well have referred to these favour-seekers as lobbyists, but former Oxford English Dictionary editor Jesse Sheidlower told NPR the term actually originated in 1640s England, referring to one of the lobbies in the House of Commons where the public could speak to their political representatives.

With the right combination of legislative knowledge, political connections and subject matter expertise, almost anyone can become a lobbyist. Many start out as politicians, government staffers or bureaucrats whose intimate knowledge of political systems, legislative processes, specific sectors and political connections translates seamlessly into a lobbying career. Lobbyists are always focused on past or pending government decisions, so knowing how legislation moves through the House of Commons is key. Lawyers and journalists also have compatible skill sets and connections relevant to the job.

There are two main categories of lobbyists: in-house and consulting. In-house lobbyists are employed by an organization or company to advocate on their behalf, whereas consulting lobbyists are attached to public relations or communications firms and are then hired on a contract basis.

There is no standard job title lobbying activities fall under — lobbyists can be political consultants, government affairs managers or specialists or people in government relations or public relations. But all individuals paid to lobby are required to register under the federal Lobbying Act. Registered lobbyists have to follow the Lobbyists’ Code of Conduct and aren’t allowed to accept bonuses or fees that hinge on the success of their lobbying efforts.

Consultant lobbyists must register each of their lobbying activities on behalf of each client within 10 days of accepting the work. For in-house lobbying, the most senior paid employee of an organization must register and list all employees who engage in lobbying, and when registering corporations, employees who spend over 20 per cent of their time lobbying must be listed.

One of the most active groups was the Canadian Vaping Association — its executive director Darryl Tempest filed 474 communications reports in 2021.

In Canada — unlike the U.S. — there is no requirement to disclose the costs of lobbying fees paid by clients.

People who lobby on a volunteer basis or aren’t paid for those duties do not have to register their activity and are not bound by the code.

Because lobbyists operate under so many different job titles and can work for such a broad range of clients, it is hard to say how much they are paid on average. Based on salary surveys, the Economic Research Institute (ERI) estimates the average a “lobbyist/political scientist” in Canada makes is about $100,000 per year, with the lower end being just over $70,000 and the upper end roughly $125,000. But this doesn’t encompass the wide range of salaries that likely exists. Like any profession, a lobbyist's pay depends on who they work for and their experience and specialty area, so there is no conclusive answer to the question of compensation.

For example, a consultant lobbyist with little experience or an in-house lobbyist working for a smaller organization will likely earn less than the ERI average, while a lobbyist with the same experience working for a professional lobbying firm, powerful industry lobby or a large company could start out at $100,000 and go up to $200,000 as an experienced, high-level lobbyist. For lobbyists who own their own firm, the sky's the limit if they are successful, just like for any business owner.

Under the Lobbying Act, registered lobbyists must submit monthly reports for any pre-arranged spoken communication with designated public office holders, including MPs, senators, cabinet ministers, ministerial staff, deputy ministers and staff working in the offices of the Leader of the Opposition. These reports must include the public office-holder’s name, title or military rank and department, as well as the date of the meeting and the subject matter.

This information is publicly available on the Lobbying Registry and can show which ministers and departments are commonly targeted.

Federal Innovation, Science and Economic Development Minister François-Philippe Champagne, for example, has been mentioned in 112 communications reports since the federal election on Oct. 1, 2021, with Environment Minister Steven Guilbeault close behind him at 111 mentions. During his time as natural resources minister, Jonathan Wilkinson was mentioned in 90 communications reports.

Innovation, Science and Economic Development Canada is consistently among the most lobbied departments and was mentioned in 2,652 communication reports in 2021. Finance Canada and Global Affairs Canada are also heavily lobbied, with 1,334 and 1,226 mentions, respectively. Environment and Climate Change Canada — 1,153 mentions — and Natural Resources Canada — 1,101 mentions — were not far behind.

In 2019, the Corporate Mapping Project found the fossil fuel lobby focused more attention on non-partisan government bureaucrats than on elected officials and their staffers, who rise and fall with their parties.

Communications reports only have to be filed when lobbyists meet with designated public office-holders. This does not include special advisers to cabinet ministers, individuals ranked below the assistant deputy minister level or staff of MPs and senators, so those meetings are not part of the tally.

Lobbyists are also only required to report pre-arranged spoken communications they initiate with designated public office-holders. In-person meetings and scheduled calls must be reported, emails, texts and letters are exempt.

Why does lobbying matter?

When the government makes decisions, it is obliged to consult with stakeholders like organizations, companies, industries and citizens. The feedback and information lobbyists provide can help the government make policy decisions when the right expertise isn’t available in-house. For this reason, lobbying can work in the public interest and ensure policymakers get the information needed to create smart policy.

However, a 2019 Corporate Mapping Project report warns the fossil fuel industry has a distinct advantage over environmental non-governmental organizations because of its financial resources. Oil and gas industry associations lobby the federal government more than other resource and manufacturing associations, and their efforts dwarf those of environmental non-governmental organizations. A few large corporations and industry associations are responsible for a majority of this lobbying and have ample resources to run permanent campaigns.

It isn’t always possible to directly link industry lobbying to policy change, but in June 2019, the Senate approved more than 180 amendments to legislation designed to make environmental assessments more stringent. Many of the amendments watered down the legislation and were word-for-word or closely mirrored what was asked for by energy lobby groups, including the Canadian Association of Petroleum Producers.

In its recent report, the Intergovernmental Panel on Climate Change (IPCC) identified lobbying as a global barrier to climate action.

It found dominant industries have the ability to shape the government’s agenda on climate action through lobbying and noted successful campaigns in the U.S., Australia and Canada by oil and gas companies lobbying against climate policy. For example, fossil fuel industries lobby governments to keep their subsidies despite a global push to phase out fossil fuel subsidies and seek to hinder the transition to a sustainable future.

Excellent analysis - you have

Excellent analysis - you have to understand a problem before you can solve it.
NO has a way of getting to the core of the problem and making it understandable.
You stand on guard for me.... :-)

Thank you for this article which is going to give me more interest in my municipal politics than the Provincial and Federal MPs and MPP's. Re focus on where I can be heard and have some means of communication rather than getting a prewritten message from a MP or MPP.
I was always told that our day to day lives, and community, are in the hands of your city councilors.
After all they live in your neighborhood.