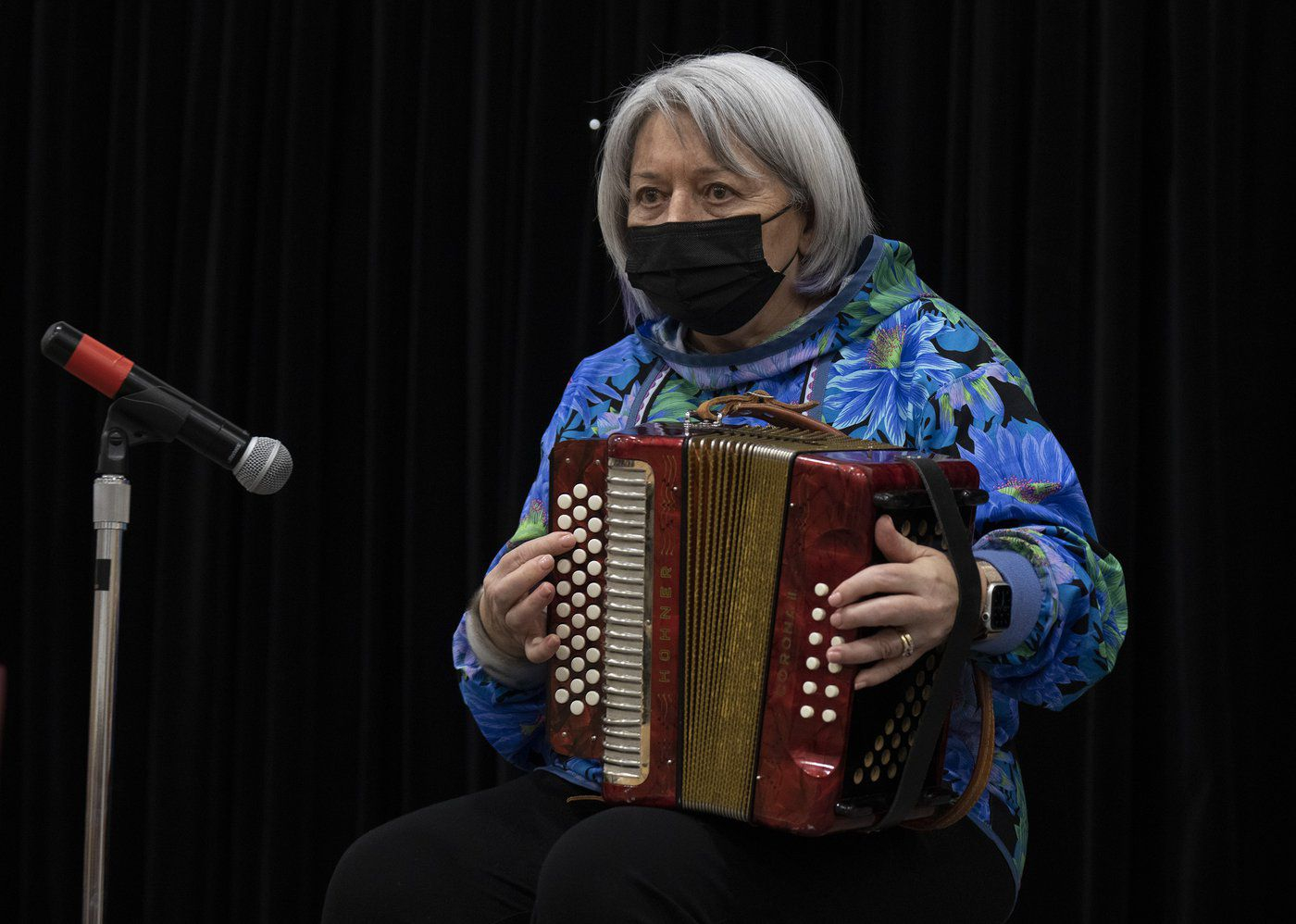 Governor General Mary Simon plays the accordion during a a community gathering on Tuesday, May 10, 2022 in Kangiqsualujjuaq, Que. Photo by The Canadian Press/Adrian Wyld
Previous story

Think of your morning routine — after your alarm goes off and before breakfast, you probably unlock your phone and check emails, social media, text messages. The constant connection is a habit.

But in Canada's North, that isn't the reality much of the time. There's no service on most major cell carriers in the Nunavik region of northern Quebec. Locals are used to wifi dropping out or slowing down.

On Tuesday a student from a Kangiqsualujjuaq school asked Gov. Gen. Mary Simon about a letter her classmates sent last fall about the poor internet access in their community — the village near where Simon was born.

Although governments have put billions of dollars in recent years into improving issues with rural internet capacity and infrastructure, the North lags behind much of the country.

"I think having that gap in technological advances prohibits us from being on equal par with the rest of the country at this stage," Simon said in an interview with The Canadian Press Tuesday.

"It could improve a lot of things, you know. Access is one thing."

Access to more than just social media, of course. During the pandemic, many Canadian children attended school online, and people could access physician appointments and counselling services via video chat when in-person visits weren't possible.

In remote communities where weather impacts travel capacity and travel infrastructure is limited, the ability to connect without being in the same physical space is all the more crucial, and all the more difficult.

Simon said when she lived in Kuujjuaq, from 2006 to 2016, it often wasn't possible to even download documents.

Throughout the Governor General's trip to Nunavik this week, access to the internet has been spotty at best. Hotels, schools and community centres frequently deal with outages.

This is just one of the challenges facing the North, Simon said, and one of the realities many Canadians are unaware of.

"There are some changes taking place, but they take place at a fairly slow rate and the need is great," she said.

Simon has spent much of her lifetime working to make life better for Inuit as a political leader.

Much of that work has involved negotiating with the federal and provincial governments on behalf of the Crown. Now, Simon represents the Crown itself.

"I don't see the conflict, in relation to how I feel about it," she said.

"Perhaps other people see it differently, but the way I see it, I don't see a conflict. My role is really to be able to talk to people about what's going on in Canada."

Simon wants to see self-determination for her people. But she avoids using the word "reconciliation."

"I kind of stay away from that word a little bit because it gets kind of overused. But that's what it means, it means being able to bring people together," she said.

"One of the things that I have is the ability to convene people … It's really about educating one another and understanding."

For someone who grew up speaking Inuktitut and learned English at a federal day school, that understanding extends to language.

"I think there is a need to understand that Indigenous cultures also depend on their languages to keep their culture and their identity alive," she said, adding that residential schools led to the extinction of many Indigenous languages.

The controversy around the fact that Simon doesn't speak French has made headlines since her appointment. She said she's still committed to learning, but noted that rather than being given the same importance as the two Official Languages, Indigenous languages are "being marginalized all the time" across the country.

"I think there needs to be a much bigger effort to embrace Indigenous languages, and to support them and to help promote the use of the language," she said. "Not just in sort of an academic sense, but in the families and communities."

This report by The Canadian Press was first published May 11, 2022.