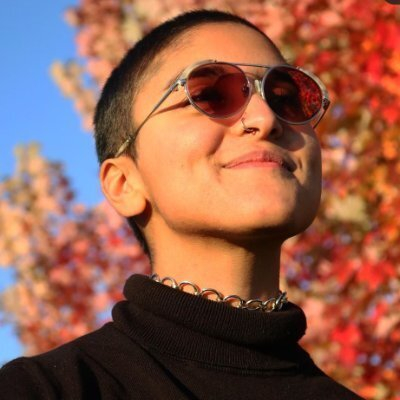 Voters in Ontario's Davenport riding in Toronto no longer have a Green Party candidate to back in next month’s provincial election after contender Nafeesa Alibhai quit. Photo via Nafeesa Alibhai/Twitter
Previous story

Voters in Ontario's Davenport riding in Toronto no longer have a Green Party candidate to back in next month’s provincial election after contender Nafeesa Alibhai quit over a recent statement from the Ontario Greens that cites research by a pro-Israel organization.

In a Twitter thread Wednesday, Alibhai said an Ontario Green Party statement reacting to B’nai Brith Canada's annual audit of anti-Semitic incidents was the “final straw for me in an already very conflicting campaign.”

“To the constituents of #DavenportTO, I'm sorry you don't have a Green candidate to represent you,” they wrote on Twitter. “In my experience, the values the GPO preaches are not what they practice, and I felt it would be dishonest of me to pretend otherwise.”

Mike Schreiner, the party’s leader and the only member in the last provincial legislature, responded in an April 28 statement to a report by B'nai Brith Canada, which describes itself as "a staunch defender of the State of Israel." The report found there was a rise in anti-Semitic incidents in the country last year.

B'nai Brith Canada has previously been criticized for its methods. Independent Jewish Voices Canada (IJV) researched the organization's audits in 2021 and found its approach lacks transparency and relies on a definition that “purposefully conflates anti-Semitism with criticism of Israel and Zionism.”

IJV says anti-Semitism is a serious issue that needs to be fought but that it is also being weaponized by pro-Israel groups in order to silence Palestinians and their allies.

Alibhai's Twitter thread included screenshots of email correspondence between themself and unknown others in the party, including a message from Tuesday in which they ask for the reference to B’nai Brith’s report to be pulled with an apology and explanation.

The last note from the party indicates it did not expect to reach an agreement with Alibhai.

In response to Alibhai's announcement, the Greens issued a short statement in which campaign chair Becky Smit said the party had hoped to keep Alibhai on the ballot.

“However, in the end, Nafeesa felt they could better express their opinions outside the confines of an election campaign,” she said.

The incident echoes infighting that gained steam ahead of last summer’s federal election when Fredericton MP Jenica Atwin, formerly a Green Party member, crossed the floor to join the Liberals following a public dispute among the Greens over the party's stance on the Israel-Palestine conflict.

no where in this report is

no where in this report is there any clear info on what her stance is on antisemitism vs criticism of Apartheid Israel, nor what the Green P position is. Havent read a clear report on this issue except in Al Jezzera yet.

Canadians are certainly owed some honesty by the Green Party administration/structure on the issue.

I agree that it is not integral to the Canadian Party"s stance on sustainability - but it does speak to the Party's methodology in determining the truth or falsity of the research we all rely on when making decisions critical to our future.

If Greens cannot approach the Israeli/Palestine conflict in a rational manner how can we rely on them to do so on environmental issues?