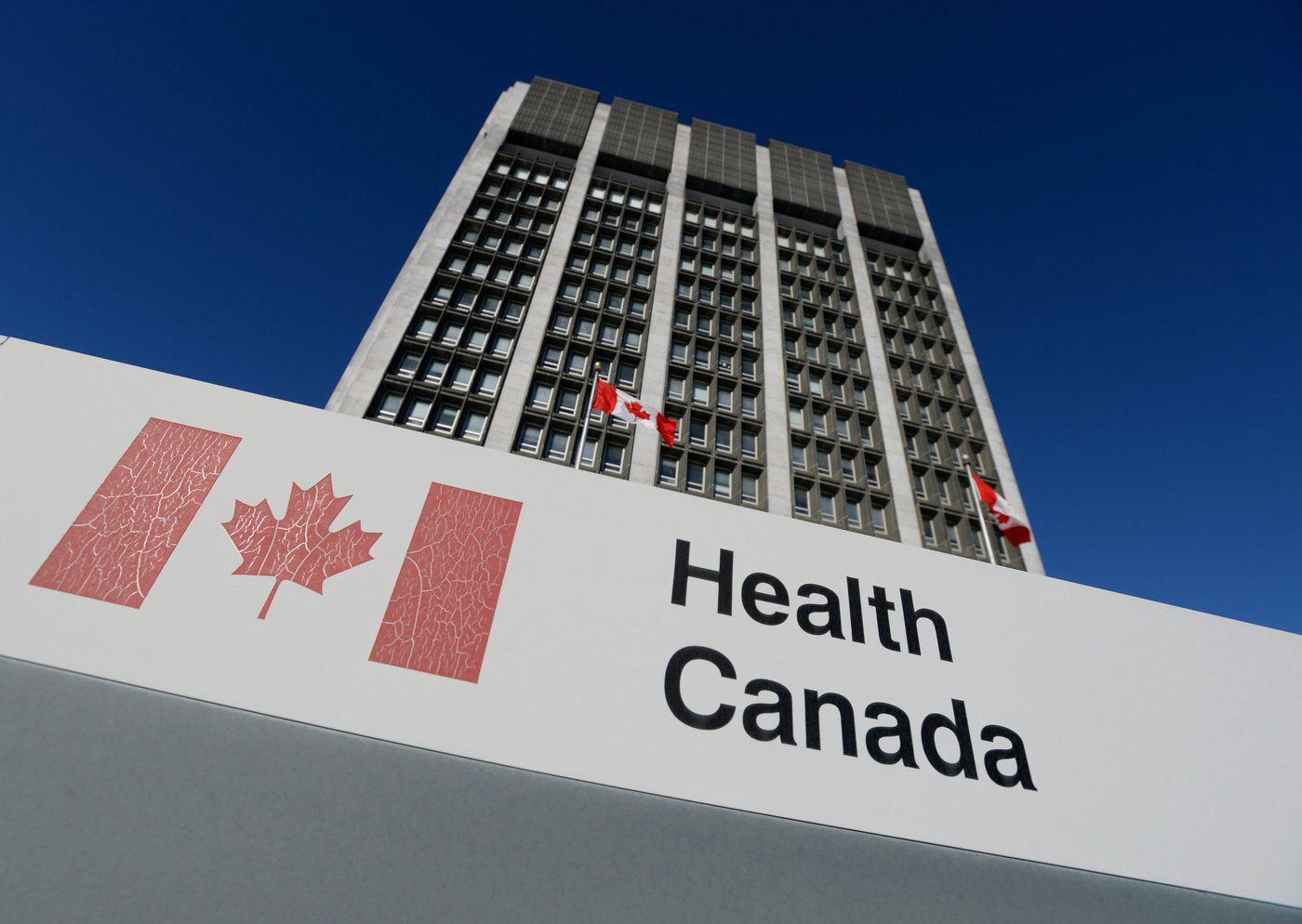 A sign is displayed in front of Health Canada headquarters in Ottawa on Friday, January 3, 2014. File photo by The Canadian Press/Sean Kilpatrick
Previous story
Next story

A national substance use research organization is warning about a new type of opioid that is increasingly being found in Canada's unregulated drug supply.

The Canadian Centre on Substance Use and Addiction said in an alert there is a rising presence in the drug supply of potent synthetic opioids referred to as nitazenes, which are often more potent than fentanyl.

Nitazenes usually appear unexpectedly in drugs assumed to contain other types of opioids like fentanyl, oxycodone and non-medical benzodiazepines, said the centre.

The rise coincides with an increase in prevalence of benzodiazepines, which are often used as sedatives and tranquillizers.

This type of substance was only detected in less than one per cent of samples analyzed by Health Canada in 2021, said the centre, while noting it was four times the levels detected in 2020.

"One of the purposes of these alerts is not necessarily to put them out when the house is burning down, but more when there's a spark that got out of the fireplace," said Sarah Konefal, research and policy analyst at the centre.

It is likely that the presence of nitazenes is underestimated, because some drug checking services in Canada don't have the tools to actually detect this type of substance, said Konefal.

"One of the concerns is that we're only looking at the tip of the iceberg."

Recalling when fentanyl first appeared in Canada in 2013, Konefal said the centre released an alert based on a handful of reports of its presence in communities across the country.

In 2015, prevalence of fentanyl in Canada's drug supply started picking up, she said.

The centre has been monitoring the rise of nitazenes based on data from Health Canada, which analyzes drugs seized by law enforcement. In 2021, the majority of samples with nitazenes came from Ontario, followed by a quarter of samples coming from Quebec.

Since January 2020 when one type of nitazene had been detected, over a two-year period there has been a rise not just in overall counts but also in the types of nitazenes detected, the centre's figures showed.

"The fact that there's more different types that are showing up, that's one indicator that probably the reach of nitazenes is expanding," Konefal said.

Karen McDonald, lead for Toronto’s drug checking service, said she is seeing nitazenes showing up unexpectedly in the city's supply.

Since the service started in October 2019, it lets people in the city anonymously submit a drug sample to see if what is in it matches what they expected it to be. Those results are then shared with the purchaser.

The service also combines the results from samples checked and shares information on trends in the Toronto drug supply.

Because newer opioids in the unregulated drug supply like nitazenes and benzodiazepines tend to show up in drugs with fentanyl, the risk of people overdosing increases, Konefal said.

Given that nitazenes are more potent along with the fact that they're in drugs that have the same effect, it will increase risk of opioid poisoning, she said.

Public Health Ontario said the risk of nitazenes is "likely moderate to high" in the province, according to an October 2021 brief.

Nitazenes have directly attributed to the death of four Canadians in Ontario, according to Stephanie Rea, spokesperson for the Office of the Chief Coroner. Nitazenes have been detected in the examination of other deaths, and the investigations are still underway, Rea said.

Overdoses involving nitazenes may be hard to reverse and might require extra doses of naloxone, the centre said.

"The biggest issue is just that folks who are using these drugs don't actually know that they're using them," said McDonald, noting there is no dosing information for what people purchase on the street.

It is impossible for people to make safe choices when they don't know how much of a drug they are using, on top of the fact that they are also using a lot of other drugs they aren't even aware they are using, McDonald said.

The emergence and rise of new substances is the reality of a drug supply that is not regulated, said McDonald.

Since 2016, more than 9,000 Canadians have died from apparent opioid-related causes, according to the Public Health Agency of Canada.

"Canada recognizes that the overwhelming majority of overdose deaths have been due to the contamination of the illegal drug supply with substances such as fentanyl," said Maryse Durette, spokesperson for Health Canada.

Health Canada is aware of the increased presence of nitazenes in Canada and is analyzing emerging information on them, she said.

Since 2017, the government has committed more than $800 million to address the opioid overdose crisis, she said.

One or two doses of naloxone have successfully reversed nitazene overdoses, said Durette.

This report by The Canadian Press was first published May 21, 2022.