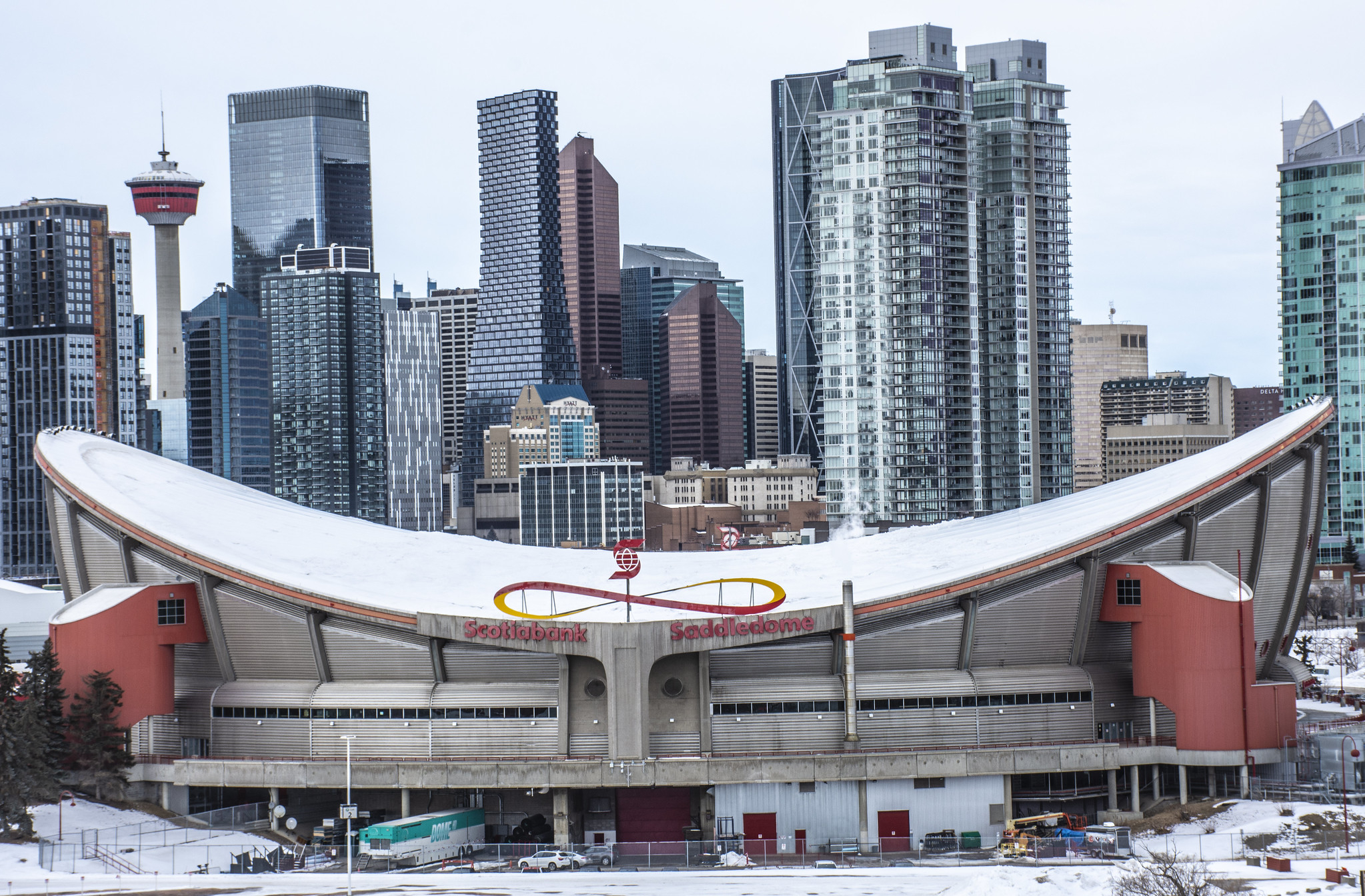 The latest chapter in the Battle of Alberta is well underway, with the Edmonton Oilers holding a 3-1 advantage in the NHL playoffs over the Calgary Flames. But there’s another long-running fight simmering in the background of the on-ice exploits that’s about to get equally nasty: the effort by the Flames’ billionaire owners to convince taxpayers to build them a new arena.

That effort included an arrangement, scuttled late last year by the owners, that would have seen taxpayers pony up nearly $300 million. Now, the city is going to press ahead with an effort to find a new deal — and potentially a new funding model — “that unshackles us from the old arrangement,” Mayor Jyoti Gondek said in early January.

It’s an opportunity to clarify, once and for all, what kind of city Calgary wants to become. Will it roll over like Edmonton did in 2013 and hand the team’s owners a blank cheque, or will it drive a proper bargain — one that honours taxpayers and acknowledges the reality that any threat to move the team is about as credible as Canada threatening to invade the United States. For Gondek and her fellow councillors, this is an important litmus test of their ability to withstand political pressure and do what’s right for the people they represent.

Not surprisingly, much of that pressure is coming from Postmedia’s local stable of conservative columnists. Calgary Herald columnist Licia Corbella seemed to think the city should bend the knee to its corporate masters and be thankful they’re even willing to pay their part of the proposed arena’s bill. “Any masochists out there with a cool $346.5 million lying around … who want to get jerked around by the mayor and council for seven years and get vilified by them for your success, all the while having the scope of the deal changed repeatedly on a whim?”

Corbella also implied the idea of a new ownership group building the arena, as council hinted at, is an impossible fantasy. “Let’s pull some names off the sides of prominent buildings — the Libin Cardiovascular Institute, the McCaig Institute for Bone and Joint Health, the Markin MacPhail Centre. Perhaps they’d like to invest in a new event centre. Oops. They’re all the same guys — the Flames’ owners.”

Apparently, in Corbella’s universe, the only people who could afford to build an arena are the ones who already own the team.

As The Sprawl’s Jeremy Klaszus wrote: “They believe that a new arena can help Calgary turn a corner, that the same crowd that turned Victoria Park into a bunch of parking lots can help reinvigorate the same area they sucked the life out of. That the leaders of the old world can usher us into the new.”

This tired argument might have worked in the past when cities like Las Vegas and Seattle didn’t already have NHL franchises and Calgary’s economy more clearly revolved around the oil and gas industry. But Calgary is no longer the one-horse town of Corbella’s imagination, as its tech industry continues to find its feet and attract investment and entrepreneurs.

Seattle’s new Climate Pledge Arena serves as a reminder — an unpleasant one for those hoping to extort more cash out of Calgary’s city council — that you can build a new arena without public money.

It’s no ordinary arena, either. Rather than cutting corners and lowering expectations, as Calgary’s proposed arena seemed to with each public update, the owners of the Seattle Kraken’s home aimed for the moon. Their building is powered entirely by renewable energy, uses rainwater for its ice (which then gets cleaned by electric Zambonis), sources its food locally, composts its waste and aims to remove single-use plastics by 2024. As a result, it’s the first net-zero sports facility of its kind in the world — and a stark contrast to the business-as-usual building the Calgary Flames were planning to create.

This architectural ambition didn’t come cheap. After estimates pegged the cost of transforming the aging KeyArena at $600 million in 2017, the final bill came in at $1.15 billion — 92 per cent higher than the original bid. But no matter: Oak View Group, the company that struck the deal with the City of Seattle, agreed to assume all cost overruns.

Opinion: Seattle’s new Climate Pledge Arena serves as a reminder — an unpleasant one for those hoping to extort more cash out of Calgary’s city council — that you can build a new arena without public money, writes columnist @maxfawcett. #NHL

It makes the apparent decision by the Flames ownership to balk at $10 million in climate- and infrastructure-related costs seem downright petty — and provincial. Even if this was just a smokescreen for concerns about the impact the world’s ongoing supply chain issues would have on the overall price tag, it still betrays their lack of vision and ambition.

Now, as the city’s negotiators prepare to sit down at the table with Flames ownership and try to find a new deal, they should get ready to raise the stakes. It’s time for Calgary, a city that prides itself on its entrepreneurial spirit, to let its biggest corporate leaders take the risks associated with building the arena — and reap the rewards if and when they come.

Calgary’s city council, and the committee that’s been struck to shepherd this process forward, can send an important message here: business as usual isn’t the order of the day anymore. If their city is going to redefine itself as a place that’s more interested in embracing the future than celebrating the past, this is its best chance to lay down that marker.

And if the current crop of business leaders won’t rise to the challenge, they can find a new one that will. In the process, they can show other cities — and other civic leaders — that you can stand up to rent-seeking billionaires and live to tell the tale.

Christie McLeod is changing the way lawyers think about climate

Ironically, the billionaires will call city councillors "leaders" if they succumb to providing a 50+% public subsidy of their private vanity project. The vast majority of ordinary plebes will call city council "true leaders" for resisting this outrageous, shameless pandering with hands outstretched from the open black-tinted windows of the billionaire's Bentleys and Range Rovers, bleached teeth gleaming from within.

The common folk will no doubt call city council "genuine leaders" if they chose to put a meaningful chunk of the $300 million into the Green Line rapid transit project instead, in addition to the city's already planned share. This is at best 1/100th of the cost of the entirely publicly-funded and deeply flawed new Trans Mountain pipe, a project the conservative Calgary Herald's Corbella wholeheartedly supports even if her hated figurehead (Trudeau) has his image stamped on every linear metre of it.

Or how about dealing more effectively with Calgary's homeless and working poverty situation?

While it's true that the Rogers family and other investors funded the Rogers Arena, home to Vancouver's hockey team, it sits directly adjacent to the much, much bigger provincially-owned BC Place stadium. The stadium roof alone cost 600 million tax dollars to replace a decade ago at a time when homes for the homeless, community centre facilities and cultural groups were chronically underfunded. In London and Paris, the city and the state both fund major museums and galleries because they house priceless treasures and are icons of French and English culture and history. The tens of millions of international tourists who visit them as a priority every year prove that point.

Then there is the hypocritical sports psyche permeating our society. How many working people complain about paying "too many" taxes while going out their way to avoid paying the GST and PST in their everyday business, but then support councils and higher governments doling out hundreds of millions to underpin the conceit of billionaire owners and multi-millionaire players with infrastructure they could well afford on their own dime? How many of them cause the policing budgets to swell while getting drunk at a game and causing mayhem on the streets outside afterwards? Or participate in the occasional sports riot? Vancouver has seen two of them, both resulting in hundreds of millions in damages followed by years of court cases.

How many common folk bitch about the cost of living but will never contemplate giving up their notoriously expensive season's tickets? Or spend 300+ hours a year watching stultifying TV sports with no personal advancement or productivity value whatsoever? That is approaching the equivalent of eight weeks unpaid vacation (based on 40-hour workweeks). Sports is religion to some.

How many recreation programmers and managers on the municipal payroll wander around the office secretly snarling at politicians who dare question the funding sports from limited public budgets, even the Olympics where security alone tops a billion bucks? Keeping politics out of sports in that context is a maxim for the deluded.

But there are the exceptions with public funding, such as community level organized team sports programs for kids that keep children active. But that also needs to be counterweighted with funding for libraries with kid's days, and cultural and arts programs with hot lunches in poor neighbourhoods. Municipal synthetic turf sports fields are actually less harmful to the environment because they are longer lasting, are playable even in winter, have very low maintenance, are perfectly recyclable and accommodate orders-of-magnitude more games on far less land than irrigated and fertilized high-maintenance grass fields. And who can argue the point that Olympic hockey rules are fairer and less prone to goons-on-skates shenanigans?

Our Cathedral to Sports mentality is a sad commentary on our worldview of culture and identity, as well as on our concept of social justice within Canadian society where there are still too many poor and homeless people in our richest cities and thousands with little financial ability or equality (e.g. single women with dependent kids) to afford the time or money for a higher education, which is the key to attaining a better place in the national economy.

If there is ever a call to divert funds into social justice and climate change mitigation + adaptation, this opinionated commenter wouldn't complain if it came from sports, roads and subsidies for sunset industries.