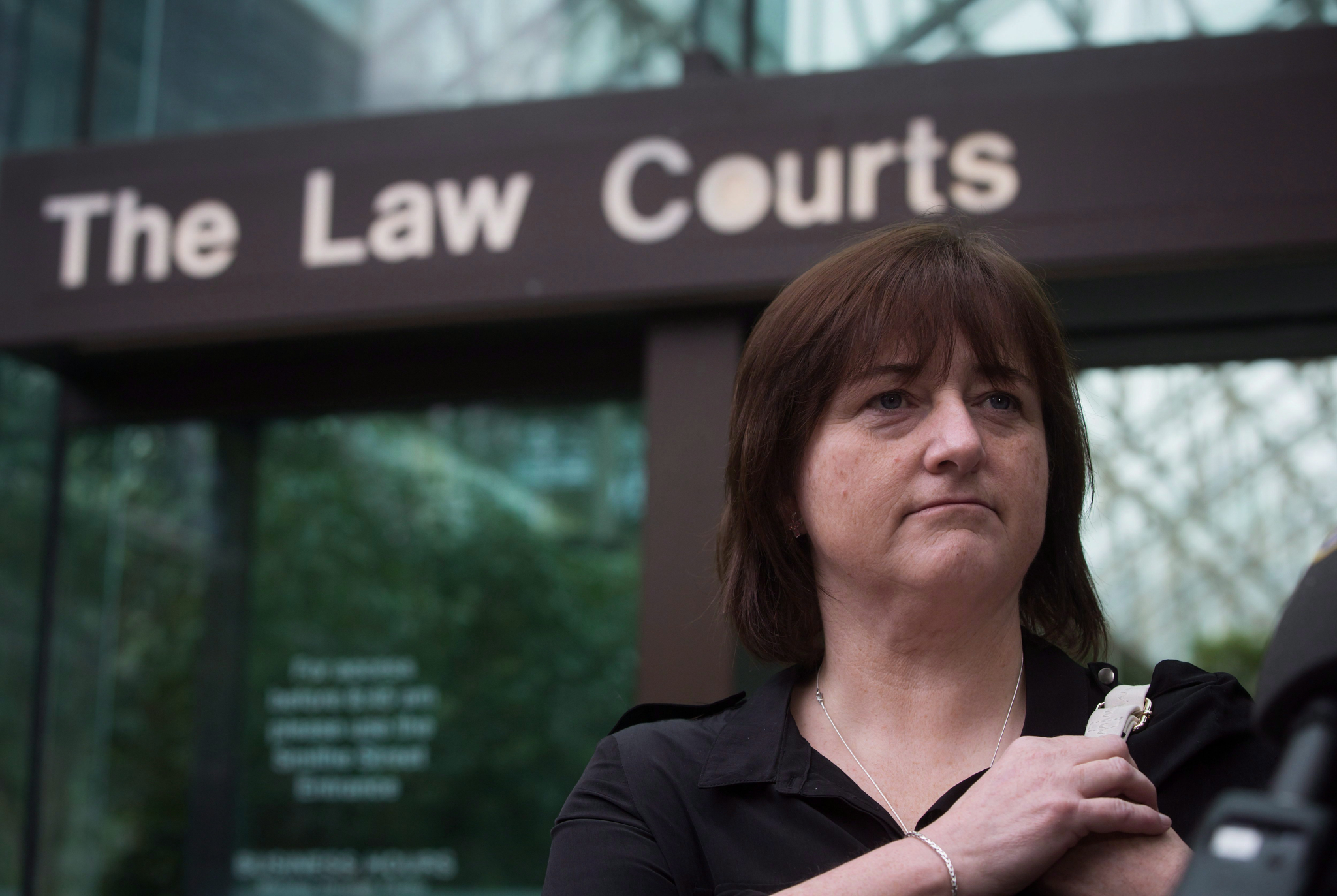 When former RCMP constable Janet Merlo pulled up beside a young woman driving a police car at a red light recently, she looked over at her and thought to herself, “I hope it’s better.”

“No matter what you did or said, it was turned around to be something sexual,” Merlo said in an interview. “I did cry a little bit today, but it’s only in the past couple of years I could talk about it without just being a wreck. It takes a long time to heal from it.”

Merlo is leading a group of former RCMP, former civilian staff and ex-military members calling on the federal government to establish an independent body to investigate complaints and allegations by members and employees.

Their group, called Breaking Barriers Together, says that despite numerous reviews and recommendations for reform, few changes have been made and that a “culture of harassment” remains in Canada’s national police force.

“There is nowhere for anyone experiencing harassment, bullying, rape, unlawful confinement — they have to go to the police to report it and that’s their employer,” Merlo said.

In 2012, Merlo filed a bullying and sexual harassment lawsuit that triggered a 2017 class action settlement against the RCMP with more than 3,000 claimants and more than 2,300 payouts totalling $124.5 million including legal fees to former officers and civilian staff, whose claims stretched over 40 years and included 131 reported rapes.

“Here we are, five years after the settlement announcement and a national apology and nothing is being done,” Merlo said. “The lawyer said they are still getting calls from members [who] are being sexually harassed and bullied.”

“The problem hasn’t gone away. It continues to this very day. The RCMP has a lot more work to do to change the culture of the organization,” Klein said in an interview.

New group tackles a nagging problem — the "culture of harassment" within the #RCMP. #cdnpoli #SexualHarassment

The RCMP declined an interview request for this story but said in a written response they acknowledge change is necessary, the force has been active in implementing change and they “welcome any examination that could improve our operations and engagement with community representatives.”

The response says they are actively working on reconciliation and equity, diversity and inclusion initiatives, as well as addressing underlying issues to prevent harassment and discrimination. They say they have put measures in place to address problems early on, including the creation of an Independent Centre for Harassment Resolution (ICHR) that uses a trauma-informed approach to resolve harassment complaints and to prevent workplace conflicts.

“Sustainable, meaningful change doesn’t happen overnight, however, we are confident that the actions we take now will lead to an even greater RCMP in the future,” the statement says. “We remain committed to fostering a safe, respectful, and inclusive workplace, free of harassment and discrimination, for all of our employees.”

Merlo says the ICHR isn’t truly independent because once it investigates a complaint, it reports back to the RCMP, which can then quash complaints.

The RCMP is “exploring options to externalize the ICHR” to ensure trust and transparency and is looking at ways to increase the “independence, neutrality and impartiality” of the harassment investigation process, the force said in a statement. The ICHR does have civilian external investigators, taking harassment investigations away from an employee’s chain of command, but findings are reported back to the RCMP’s chief administrative officer.

The Breaking Barriers Together group’s call for independent oversight aligns closely with recommendations made by other Canadians, including former Supreme Court justice Michel Bastarache, who oversaw the settlement of Merlo’s class action lawsuit, and the Canadian Feminist Alliance for International Action, which found “shocking and growing evidence of systemic discrimination and violence against women perpetrated by the RCMP,” in a recent report.

Bastarache’s 2020 report — Broken Dreams, Broken Lives: The Devastating Effects of Sexual Harassment On Women in the RCMP — called on the government to “create an effective, external and independent body to which RCMP employees may report sexual harassment or misconduct which has the power to investigate and make binding findings of fact and recommend penalties.”

The national feminist group is also calling for an independent review of the force.

“This is extremely serious,” one of the report’s co-authors Shelagh Day said in a news release.

Merlo envisions an organization that is empowered to investigate complaints and, that could pass information to Crown counsel if it finds evidence of a crime. If the complaint falls below the criminal level, it could have the power to track complaints and recommend suspensions, Merlo said.

The proposed organization could be made up of retired police officers, community members, lawyers, and representatives from women’s groups and Indigenous groups, Merlo said.

Another $1.1-billion bullying and harassment class action lawsuit against the RCMP was certified in 2020 and is in progress. A separate lawsuit on systemic racism within the RCMP is also being pursued in the courts. Several provinces are reviewing their relationships with the RCMP, including British Columbia, Alberta and Nova Scotia, and the City of Surrey is creating a civic police force to replace the RCMP.

Merlo doesn’t want to see the end of the country’s national police force, she just wants it to be a safer place for young women like the one beside her at the red light to work and thrive.

“Our class action was never about breaking down the RCMP or getting rid of it. This is our Canadian icon,” Merlo said. “We want to make it better. We want to fix it. We don’t want to see it destroyed.”

This stuff doesn't work. Maybe if you could transplant in a whole new leadership cadre with the new values, they'd gradually be able to start reforming things, but where are you going to get that? The old guard promote old guard types, and the RCMP is too untouchable for new brooms to sweep much of anything. Even that class action suit--I support it being done, but it wasn't going to lead to any dismissals.

You pretty much have to start growing a new "good" RCMP alongside the old, one department at a time--take one place, staff it with half women and half progressive men, change the organizational structure to something more flat and modern and less ancient and military, do a different and less paranoid style of training, move all the old guard types to other places. Then do it again somewhere else. And again, and again. Eventually you maybe have a police force that's more cure than disease.