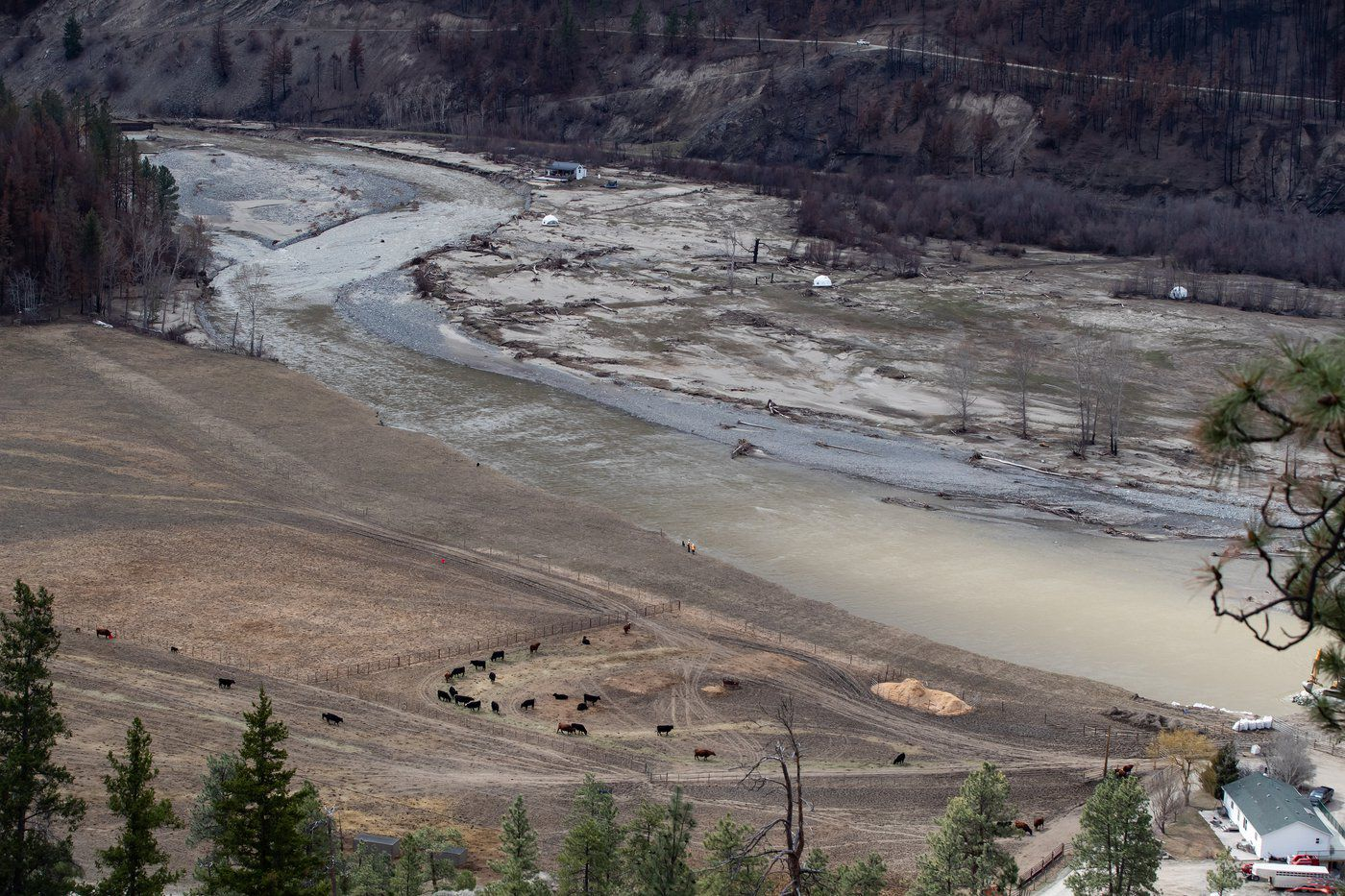 Cattle graze on a farm on the Nicola River that was affected by flooding in November, west of Merritt, B.C., on March 23, 2022. File photo by The Canadian Press/Darryl Dyck
Previous story

A high streamflow advisory has been issued by the River Forecast Centre for some of the same British Columbia rivers where flooding last November ripped away roads and devastated communities.

The centre says snowmelt above the North Thompson River in central B.C. will send a "pulse" of water downstream toward the Fraser River.

It says while the water level is expected to rise, no significant rain or heat is in the forecast that would produce major increases in flow through the river.

Rain from last week is still moving through reservoirs, prompting a high streamflow advisory for the Nicola River, the same river that was flooded last November, washing away large sections of Highway 8 and stranding communities.

The centre says that although long-term water monitoring sites were destroyed on the river during last November's historic flooding, it is likely that the pulse of water will increase flows downstream.

However, significant rainfall is not currently forecast for the region.

The centre is advising the public to stay clear of fast-moving rivers and potentially unstable riverbanks during the high-streamflow period.

A provincial state of emergency was declared last fall after storms washed away highways, flooded communities in the Interior and the Fraser Valley.

Five people were killed when they were caught in mudslides during the so-called atmospheric rivers.

This report by The Canadian Press was first published June 10, 2022.