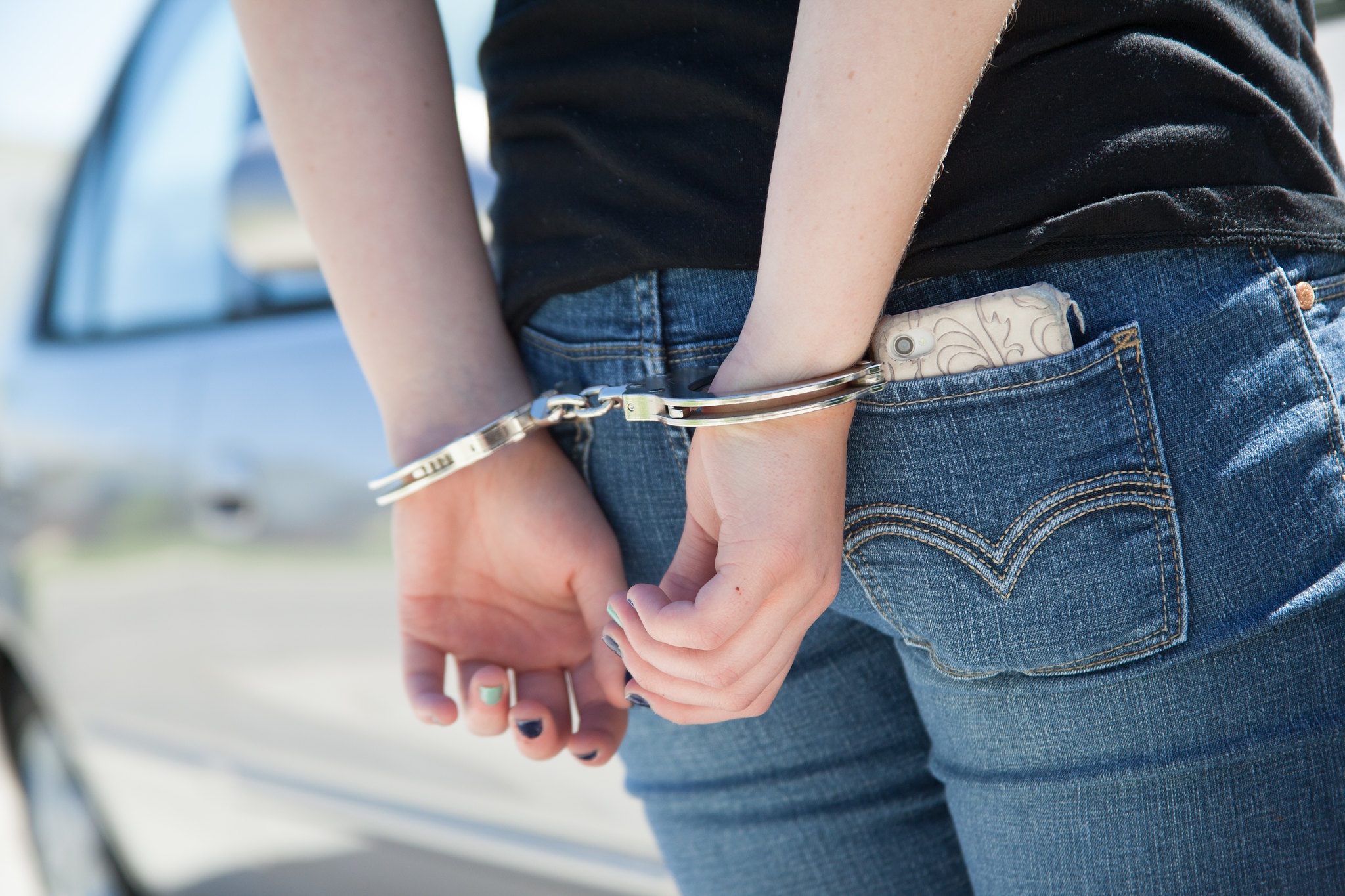 When it comes to the federal government’s decision to decriminalize possessing small amounts of “hard drugs,” their opposition — and their hypocrisy — has been much more audible. Photo via www.houstondwiattorney.net/Flickr (CC BY-SA 2.0)
Previous story

Canada may be the land of “peace, order and good government,” but our most prominent conservatives seem motivated lately by something much more American: the pursuit and protection of freedom. It’s the beating heart of Pierre Poilievre’s juggernaut of a leadership campaign, and Jason Kenney’s UCP government has repeatedly hoisted itself on that particular petard during the COVID-19 pandemic.

There’s just one problem: when push comes to shove, they don’t actually believe in it.

We saw this in the conversation around the impending demise of Roe v. Wade and access to abortion services here in Canada when otherwise strident pro-freedom conservatives got conspicuously quiet. But when it comes to the federal government’s decision to decriminalize possessing small amounts of “hard drugs,” their opposition — and their hypocrisy — has been much more audible.

Under terms of the three-year trial, which came at the request of the B.C. government, adults will be able to possess a combined total of 2.5 grams of opioids, cocaine, methamphetamine and MDMA without running afoul of the Criminal Code. Public health experts and politicians in Vancouver have praised the decision as a long-overdue win for common sense, with Vancouver Mayor Kennedy Stewart describing it as “a fundamental rethinking of drug policy that favours health care over handcuffs.”

You might be tempted to think, given all his high-minded talk about the importance of freedom and the need to get rid of “gatekeepers,” Poilievre would endorse this decision. But you would be very, very wrong. “Decriminalizing deadly drug use is the opposite of compassionate,” he tweeted. “Those struggling with addiction need treatment & recovery. Drug dealers need strong policing & tough sentences.”

Ben Perrin, an associate professor at the Peter A. Allard School of Law at the University of British Columbia and former special adviser and legal counsel to Prime Minister Stephen Harper, tried to talk some sense into Poilievre. “I used to think the same things, Pierre. Then I met with people in recovery and loved ones of people whose kids died of overdose. And I read the research. All of them said criminalizing people who use drugs made it worse. This isn't a political issue.”

But for Poilievre, like most of Canada’s current conservative leaders, it very much is. “Alberta’s government will never allow our communities to become sanctuaries for cartels and drug traffickers,” outgoing Alberta Premier Jason Kenney said in a statement. “This action will likely result in a dramatic increase in drug use, violence, trafficking and addiction.”

Never mind, for the moment, that the war on drugs has been an abject (and costly) failure, one that has done less than nothing to stem the flow of illegal narcotics into Canada and the United States. And let’s set aside the experience of Portugal, where hard drugs were decriminalized in 2001 and both the rate of drug use and number of drug-related deaths are below the European Union’s average. The proportion of prisoners sentenced for drug-related offences in the country has dropped by more than half, from 40 per cent to 15 per cent.

What’s more interesting here is the obvious contradiction that underlies the reflexive opposition of politicians like Poilievre and Kenney to this attempt to expand and enhance the freedoms of certain Canadians. Libertarians, for all their flaws and faults, at least seem to understand that opposing the decriminalization of drugs is inconsistent with their core belief in unfettered liberty.

In the United States, the Libertarian Party’s official position supports ending the war on drugs — one that, as they say, has imprisoned millions of non-violent people. “Libertarians believe that it is immoral for the government to dictate which substances a person is permitted to consume. These decisions belong to individual people, not the government.”

Opinion: If Pierre Poilievre wants to “remove the gatekeepers,” as he keeps telling Canadians, maybe he should start by looking in the mirror, writes columnist @maxfawcett. #Drugs #Decriminalization

The Cato Institute, a Libertarian think tank co-founded by one of the Koch brothers, is equally unequivocal in its position. “The long federal experiment in prohibition of marijuana, cocaine, heroin, and other drugs has given us crime and corruption combined with a manifest failure to stop the use of drugs or reduce their availability to children.”

It’s also cost the United States more than $1 trillion, money that could have gone to far more constructive purposes. You might think self-identified small-government conservatives like Kenney and Poilievre would recoil at such a wasteful and futile government campaign. But despite their professed concern for balanced budgets and fiscal prudence, they seem more than happy to throw good money at bad efforts to police the drug trade. In his recent statement, Kenney suggested the government should “increase resources to the Canadian Border Services Agency in support of efforts to interdict these deadly and dangerous drugs.”

As Perrin wrote in a Calgary Herald op-ed, this approach ignores the so-called “Iron Law of Prohibition” (one created by a Republican, Richard Cowan): the more intense the law enforcement, the more potent the drugs become. This law has been borne out by both early 20th-century attempts to criminalize alcohol and the more recent war on drugs, where the prices of heroin and cocaine, adjusted for inflation and relative purity, dropped over 80 per cent between 1990 and 2007 alone.

With fentanyl, the drug most commonly involved in overdose deaths today, that law has been taken to an even more dangerous level. When you can ship it in something as small as a greeting card, it’s nearly impossible for border services agents to stop the flow coming in the mail from China. “Kenney’s plan is to look for a needle in a haystack,” Perrin wrote. “Even if we succeed, fentanyl can be readily made here with basic college chemistry skills and equipment.”

Public health officials understand what needs to be done here. So, too, does the Canadian Association of Chiefs of Police, which endorsed the idea of decriminalizing simple possession of narcotics in a 2020 report. “Merely arresting individuals for simple possession of illicit drugs has proven to be ineffective,” it said. “Research from other countries who have boldly chosen to take a health rather than an enforcement-based approach to problematic drug use have demonstrated positive results.”

The only people who seem to oppose this long-overdue change in strategy are the ones who keep talking about how much they love freedom and liberty.

If Poilievre wants to “remove the gatekeepers,” as he keeps telling Canadians, maybe he should start by looking in the mirror.

P squared is a con man. He

P squared is a con man. He alludes to conspiracy theories, ( such as we are not free or the World Economic Forum) and panders to those who have been taken in by such nonsense. As a Conservative, he is a my way or the highway. Such as freedom. Kenney was this way or is similar . If you have problems, I can solve them all attitude. And we all know how far that will go. He is beginning to sound like Mussolini in the 1920s. " I am your saviiour" . And Mussolini was not a racist or a Nazi. Just a guy with an overactive ego. And just for record P squared, inflation , fuel prices , food prices are world wide problems. The CBC is not in cahoots with Liberals and is a neutral source of Canadian news. And supply management for dairy doesn't make dairy really expensive. In Washington DC, 3.78 litres of milk is $5.49 US. Figure that out in Cdn $. And dairy employs 200,000 hardworking Canadians

Good article that shines a

Good article that shines a light on one of the more blatantly hypocritical, cruel and punitive positions taken by conservatives at this point. But I always wonder at what point people reconsider or in fact even truly CONSIDER their affiliations, so because Perrin didn't denounce conservatism as SUCH, despite how wholly deserving of that it is, I wonder what his actual motives are, i.e. is he just trying to dislodge Poilievre and, like Charest, swoop in at some point to save (and lead) the good old Progressive Conservatives back to victory? If so, along with Doug Ford pretending to hew toward liberalism (and imitation IS the most sincere form of flattery after all) and winning despite his inherent conservatism (including the idea that climate change isn't real for example, which should automatically disqualify not just him but ALL conservatives), dare we hope this might be the beginning of the end of this alarming spate of right wing insanity? Well, probably not as long as men remain firmly in charge because they love the game and many people also like the entertainment even if it is quite marginal, i.e. "Hollywood for ugly people."
Making voting mandatory would separate the wheat from the chaff ultimately (in Australia they still have 91% voter turnout, as in unspoiled ballots) and we might regain some perspective on how important democracy and our rule of law actually IS, not some sideshow, not a cult of personality OR yet another form of what has become ubiquitous to the point of being truly tedious "personal expression," but rather a vote for more of us thriving, also the basic hope that our species will survive.

But when it comes to actual people, Conservatives believe in domination and atomization. People should not be free to do what they want unless "what they want" is within the Conservative authoritarian social matrix. No abortions, no marriage for gays, no rights for trans, no prosperity for darkies, no unions, no loitering while looking poor, ideally no equality for women, and no drugs without going to jail. The underlying issue is that Conservatives back a very stratified society; the unfettered freedom for the rich to get richer requires the ability to suck money and labour out of everyone else, leaving them poor and stressed. To keep a lid on that, they need the hard stick of social control, particularly law enforcement. So Conservatives may talk freedom, for some, but they walk repression, for most.

Well you people are fun

Well you people are fun trying to demonstrate which side is better for whom. The libertarian and the conservative believe the majority of human beings are their cattle to do as they please. Neither side has considered that everything is precious and everyone can take their own freedom from their hypocrisy.
So major point I wish to make is which flip or flop of the financial game is up or down. The answers is to pull out of madness of fiat moneys, make your life more loving, harmonious, and rewarding by what you can give. Not take and hold. Keep it simple, be aware, the joy of life is not hard. Its right there, now .

Why would Poilievre, of all

Why would Poilievre, of all people, throw away the votes of Libertarians?
You have to figure that he's afraid of the "cultural conservatives"...