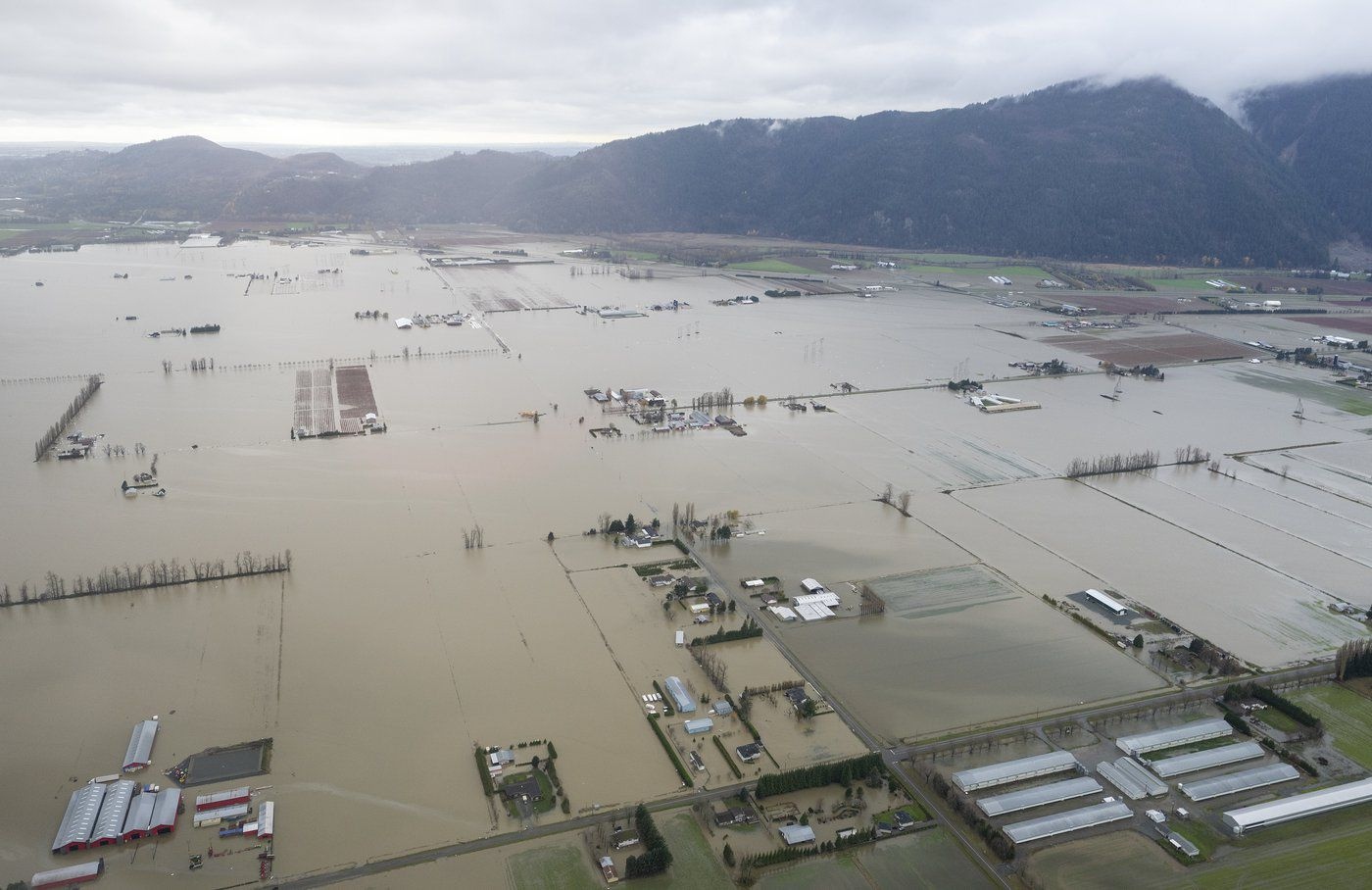 Floodwaters are seen from the air in Abbotsford, B.C., on Nov. 23, 2021. File photo by The Canadian Press/Jonathan Hayward
Previous story

November's floods in British Columbia that swamped homes and farms, swept away roads and bridges and killed five people are now the most costly weather event in provincial history.

The Insurance Bureau of Canada made the statement as it released the latest cost estimate of $675 million, and that's only for damage that was insured.

The previous estimate was $515 million in losses, but the bureau says in a statement that much of the increase is due to business claims in places where commercial insurance is more available.

In contrast, it says many residents were located in high-risk flood areas where insurance coverage isn't available, which could cost all levels of government "well into the billions of dollars."

Mudslides swept people away in their cars, rivers carved new routes and washed out highways and bridges, cutting off major highways into the Interior, which stopped the supply chain from the coast to the rest of the country.

"While the insured losses from the November flood events are increasing, it is clear that the overwhelming majority of costs for this disaster will be borne by government," said Aaron Sutherland, a vice-president with the Insurance Bureau of Canada.

The bureau is a member of the federal, provincial and territorial task force on flood insurance and says it has put forward options to create a residential flood insurance program that includes a public-private partnership model.

It says that idea would help make affordable insurance available to residents in high-risk areas.

This report by The Canadian Press was first published June 15, 2022.