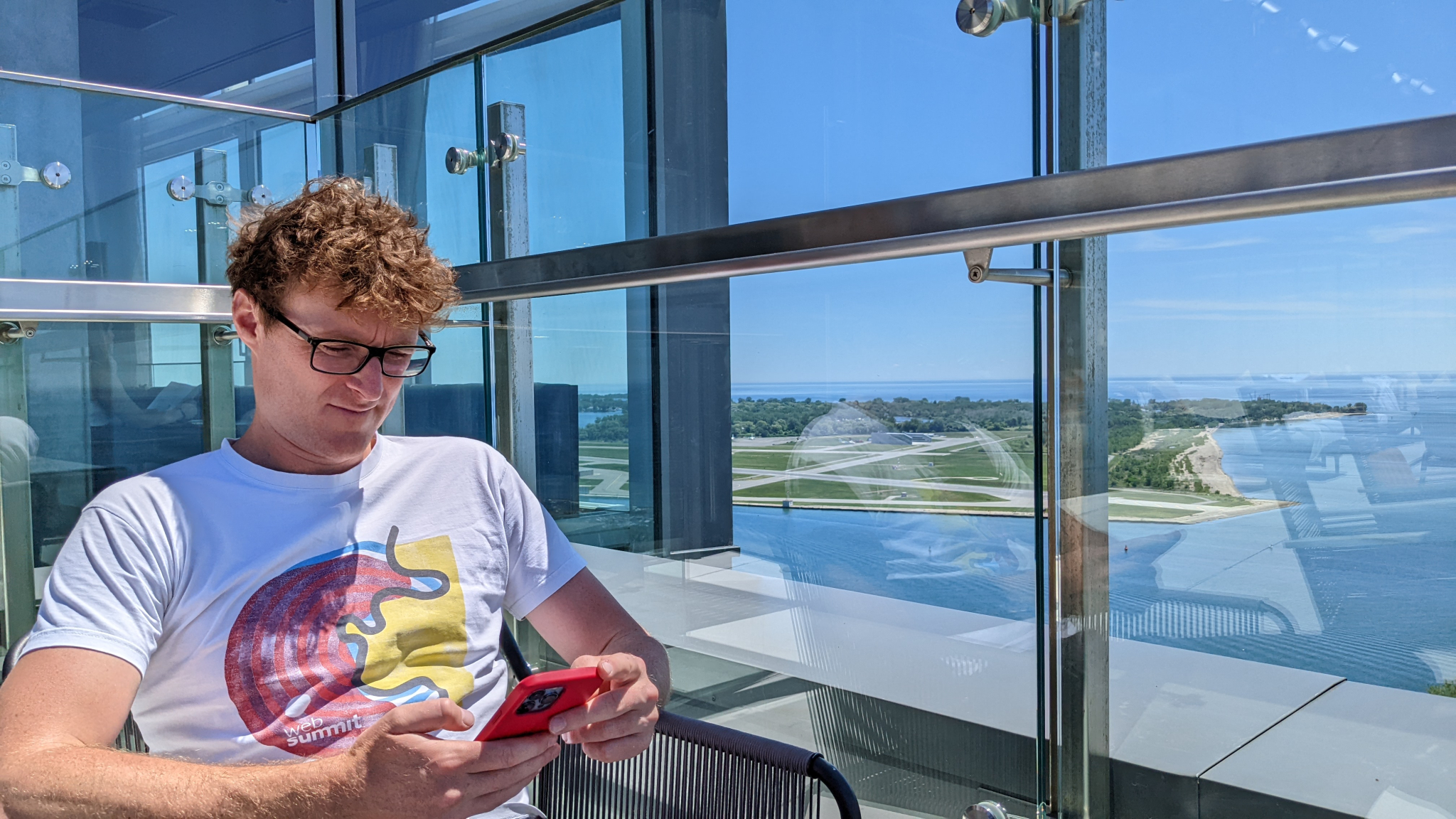 Paddy Cosgrave, founder and CEO of Web Summit, says its Collision tech conference in Toronto next week will be a space to debate and discuss a broad array of issues. Photo by Morgan Sharp / Canada's National Observer
Previous story
Next story

Irish entrepreneur Paddy Cosgrave has a lot to say about the state of the world today, including the role technology plays in it, but when he got this question from his five-year-old son recently, he struggled to provide a decent answer. Just goes to show thorny political issues are on everyone's lips these days, from C-suite executives to tech mavens to the kindergartener in the backseat.

Cosgrave, the founder and CEO of conference company Web Summit, is hoping to dig into difficult topics like this one next week when the Toronto tech conference Collision welcomes tens of thousands of people from around the world to its in-person event after two years of virtual-only networking amid a spike in geopolitical and economic uncertainty.

He wants people at the four-day confab to create space to debate and discuss many of the world’s pressing issues, including — but not limited to — the double-edged role technology has played in creating and sustaining real-world problems.

Technology has become a bigger and bigger part of everyday life in the decade or so since Cosgrave started putting on tech events. Those events, he said, have “shone a light on the questionable second-order consequences of technology,” including market abuses like cryptocurrency fraud, aggressive tax strategies, privacy problems and the use of social media and hacking to interfere in elections.

While, in theory, a lot of the companies at Web Summit's events are creating great employment opportunities in new industries, Cosgrave said, others “are operating in ways that are eroding the quality of life of young people, commodifying them in different ways, and there are lots of speakers who will talk about some of that stuff.”

There’s lots of uncertainty to go around these days with the end of a long-running bull market for investors, the months-long Russian invasion of Ukraine, the existential threat posed by climate change and the enduring health and social effects of a global pandemic, among other things. Cosgrave said this concern has helped lead to a 40 per cent increase in attendance for the June 20-23 event after its COVID-induced hiatus.

“Now people are incredibly unsure as to what the future holds, and what happens in those moments is everybody goes looking for solutions,” he said.

Collision will host more than 900 speakers: investors, executives of tech-reliant companies across a range of industries, incubators, founders, academics, editors, celebrities and other partners, along with more than 35,000 attendees interested in everything from artificial intelligence and crypto to media and advertising.

The conference's floor space is about 50 per cent larger compared to 2019, with 50 per cent more startups involved in the schedule's mix of keynotes, panels, pitches, fireside chats and Q&A sessions, including lots of events focused on the “single biggest existential threat facing us” — climate change, Cosgrave said.

Collision, a major global tech event that migrated to Toronto one year before COVID-19 hit, is opening its doors again next week, welcoming hundreds of speakers and tens of thousands of participants to a four-day confab.

With visitors travelling from more than 100 countries, Cosgrave said most are from nations that have not joined western countries in sanctioning Russia over its invasion of Ukraine. Western influence is broadly waning just as its peoples “are waking up to the fact we're actually the bad guy” whose ideals and actions have been responsible for messy geopolitics worldwide and the economic model threatening the planet, he added.

The schedule for the Future Societies track of the conference features discussions on whether privacy can survive the age of Big Tech, whether Big Tech can be ethical, the United States' dysfunctional democracy, disinformation and Canada's efforts at truth and reconciliation with Indigenous Peoples.

Toronto school board celebrates opening of centre for Black excellence