Toronto school board celebrates opening of centre for Black excellence 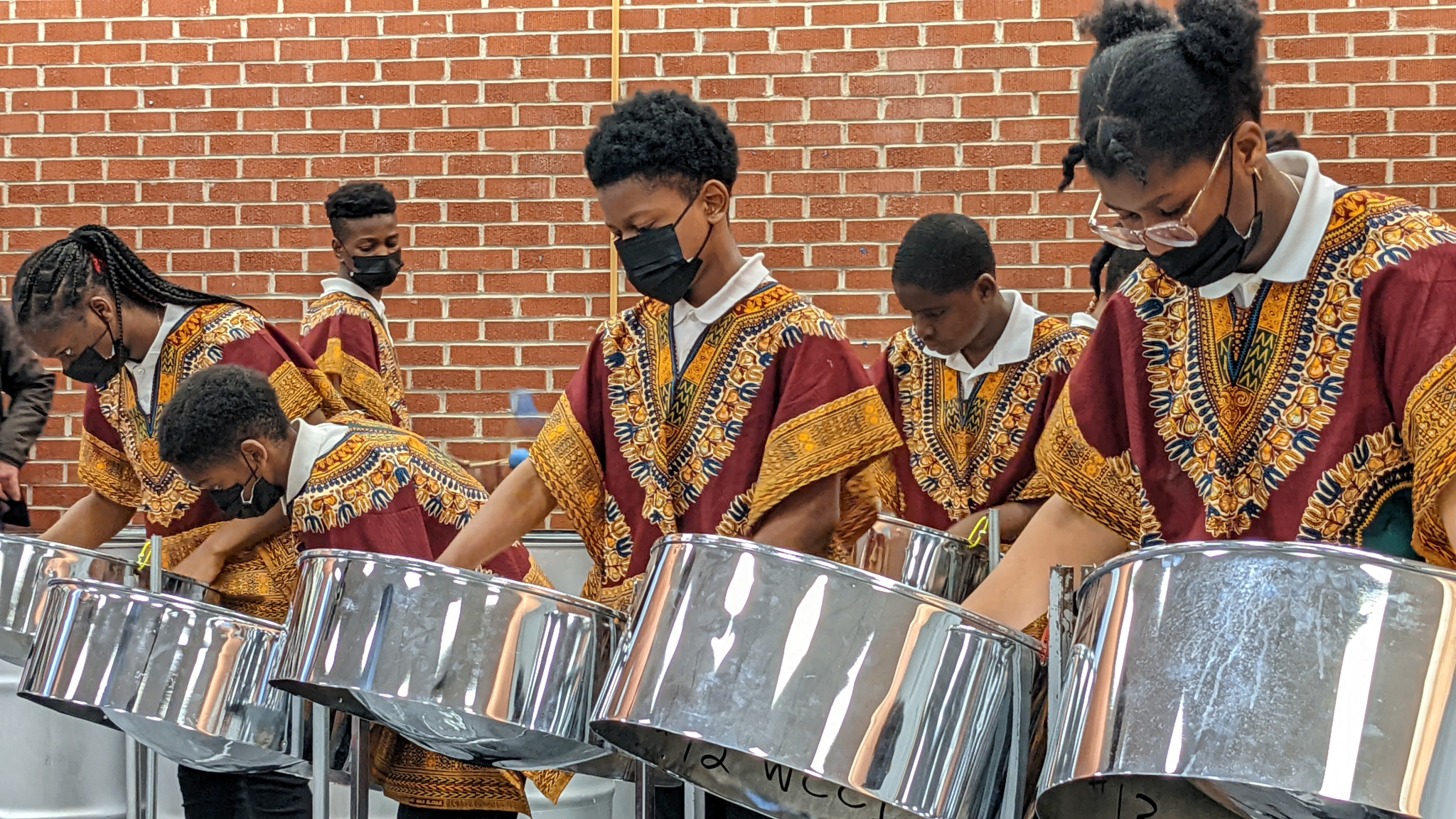 Students play steel drums at the opening of the Centre of Excellence for Black Student Achievement. Photo by Morgan Sharp
Previous story
Next story

To the sound of African and Caribbean drumming and plenty of engagement from enthusiastic parents, educators and other supporters, the Toronto District School Board launched its Centre of Excellence for Black Student Achievement at a Scarborough high school this week.

The theme of the evening was joy, a feeling those involved in the first-in-Canada project want to encourage among a student cohort historically more likely to be disciplined, pushed out of school early, or directed away from university than celebrated and nurtured.

“Joy is when you enter into a space and you know that you are brilliant, you are kings and queens, and created the abacus, and nobody's told you that,” Karen Murray, the TDSB’s system superintendent for equity, anti-racism, anti-oppression and early years, told Canada’s National Observer after the event.

“Most times when we talk about Black students, we talk about deficit,” she said, referencing metrics such as a disproportionate number enrolled in special education or not meeting academic success. 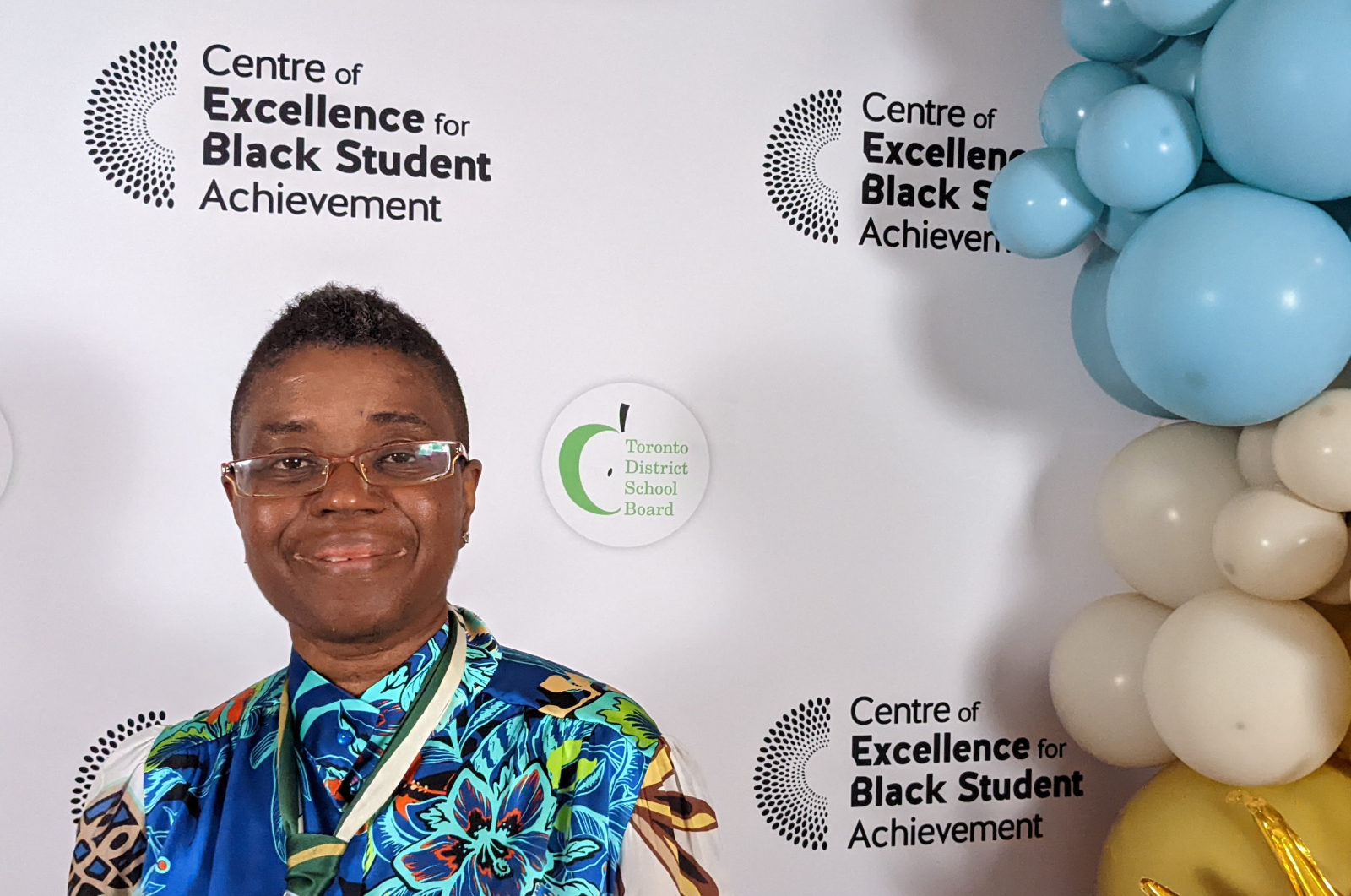 “And what we want to do is flip that script and say, ‘Well, when Black students belong, when they see success, when they know they’re brilliant — because we know they are — when they see [themselves] represented, they enter education with joy,” Murray said.

A Toronto District School Board student describes her experiences benefiting from a Black girls book club that is part of the TDSB's Centre of Excellence for Black Student Achievement. Video by Maysa Astolpho

The effort caught a moment, she explains, winning the unanimous approval of TSDB trustees a month after the 2020 police killing of George Floyd in Minneapolis sparked outrage in wider circles than the Black communities that knew such violence as a common occurrence.

The Toronto District School Board’s effort to stamp out anti-Black racism took another step forward this week with the launch of an educational centre celebrating Black achievements.

The centre fills a renovated wing of Winston Churchill Collegiate Institute on Lawrence Avenue East and includes a community room and lounge, two classrooms, a main office and two professional learning rooms where TDSB teachers can engage with the centre’s programming to help them better serve their African, Black and Caribbean students.

One of those classrooms features two pieces of artwork by Danilo Deluxo, who called it an honour to feature in a space focused on work having a “fundamental and monumental” effect on the community.

Deluxo is a former student of the TDSB’s Oakwood Collegiate, where he said a lot of his friends were creatives who did their own thing without institutional support.

“We were freestyling and making music on our own terms, but having something like this, it just allows you to catapult to really high altitudes,” said Deluxo, who has worked with Murray over several years on anti-Black racism education with students from preschool through high school.

More than 100 TDSB students are also currently engaged in the centre’s programming, which includes paid summer internships for grades 10 to 12 students and partnerships with community groups including Advance, a collective of Black music professionals.

Shayle Graham, a K-12 learning coach based at the centre, said she was “truly elated” to be involved in the culmination of a years-long effort by Black parents, educators, trustees and other advocates and hoped the project would only grow from here.

“The opportunity for it to extend and expand is endless,” she said. “Disrupting and dismantling anti-Black racism, celebrating Black student joy and genius and brilliance and beauty, I think that it is limitless where it can go.”