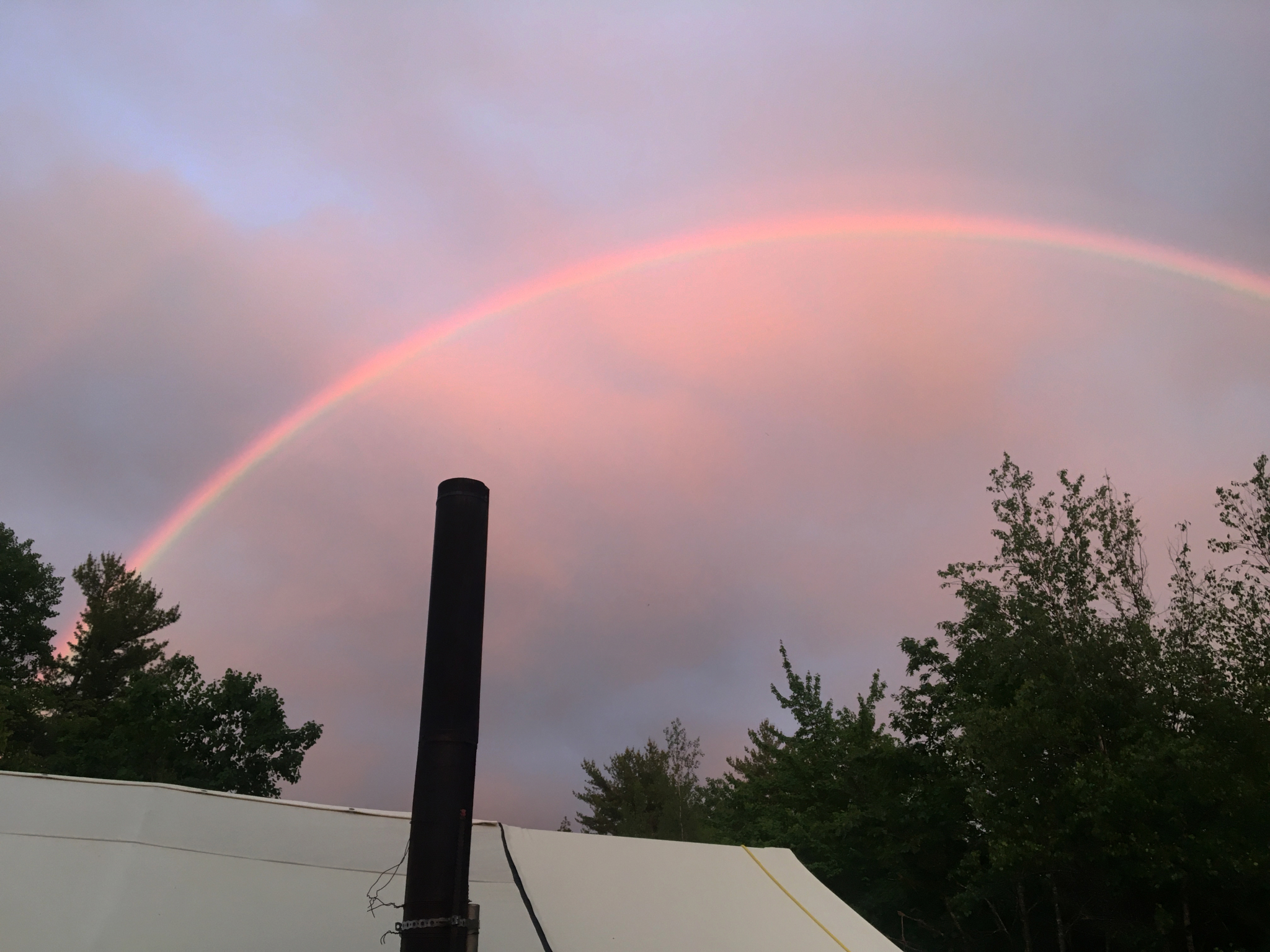 After more than 200 days of sleeping in canvas tents among oak and pine trees, a group of Nova Scotian protesters opposing a forestry cutblock are declaring victory. The group found an ample amount of rare lichen among the trees slated for logging, requiring enough buffer zones to make over half of the area protected.

The area on Crown land was set to be logged by WestFor, a forestry group that supplies lumber to 13 mills in the province. The original 80-year-old parcel is relatively small at 24 hectares, or around 45 football fields, but campers say it’s some of the last standing forest in the area, which has seen ample clearcuts. The trees are important habitat for local species, such as the wood turtle and the pine marten — a brown mammal with a bushy tail, around the size of a cat.

Earlier this year, rare lichen was discovered at the site by campers, requiring the Nova Scotia Department of Natural Resources and Renewables (DNRR) to put buffer zones around the species. Since then, more species have been documented, and 60 per cent of the cut is now off-limits to WestFor.

Campers like Nina Newington, who has been at the site since the beginning, say that makes the remainder “hard to access and uneconomical to harvest.”

“Where government is failing to protect the natural world we all rely on, citizens are stepping up.

“That is the big message of our Last Hope Camp,” said Newington.

The total harvest area is now 10 hectares, Steven Stewart, a spokesperson for the DNRR confirmed. The cut can still “proceed at the licensee’s scheduling discretion,” he said, and the company’s “harvest plan aligns with the department’s ecological forestry goals.”

When asked if WestFor would be moving forward with the cut, Stewart said that’s not something the department can comment on. Canada’s National Observer reached out to WestFor for comment but did not hear back in time for publication.

The camp began a couple of days after William Lahey, president of the University of King's College in Halifax, released his evaluation of the state of forestry in Nova Scotia. The paper was a followup to his 2018 report, which provided a sustainability roadmap for the province’s forestry industry.

After months of camping and documenting rare lichen, protesters in Nova Scotia are declaring victory over a cutblock. #WestFor #NS #Logging

Three years after the original report, Lahey said clearcut logging was still common and there had been no change in how forestry is actually handled in the province. One of his initial recommendations was for forests to be divided into sections — a triad model — with accompanying logging rules, including one designation for protected forests that shouldn’t be logged at all.

Newington disagrees with the province’s idea that the cut could fit into an ecological forestry model. In December 2021, the MLA for the area, Carman Kerr, who is also the Liberals’ forestry critic, agreed that the cut shouldn’t happen, especially until the Lahey recommendations are fully implemented.

In terms of the cut being officially cancelled, Newington said campers feel confident it is no longer viable. They celebrated after months of camping in all kinds of weather, with dozens of people driving out to support them, she said: “Spirits were really good.”