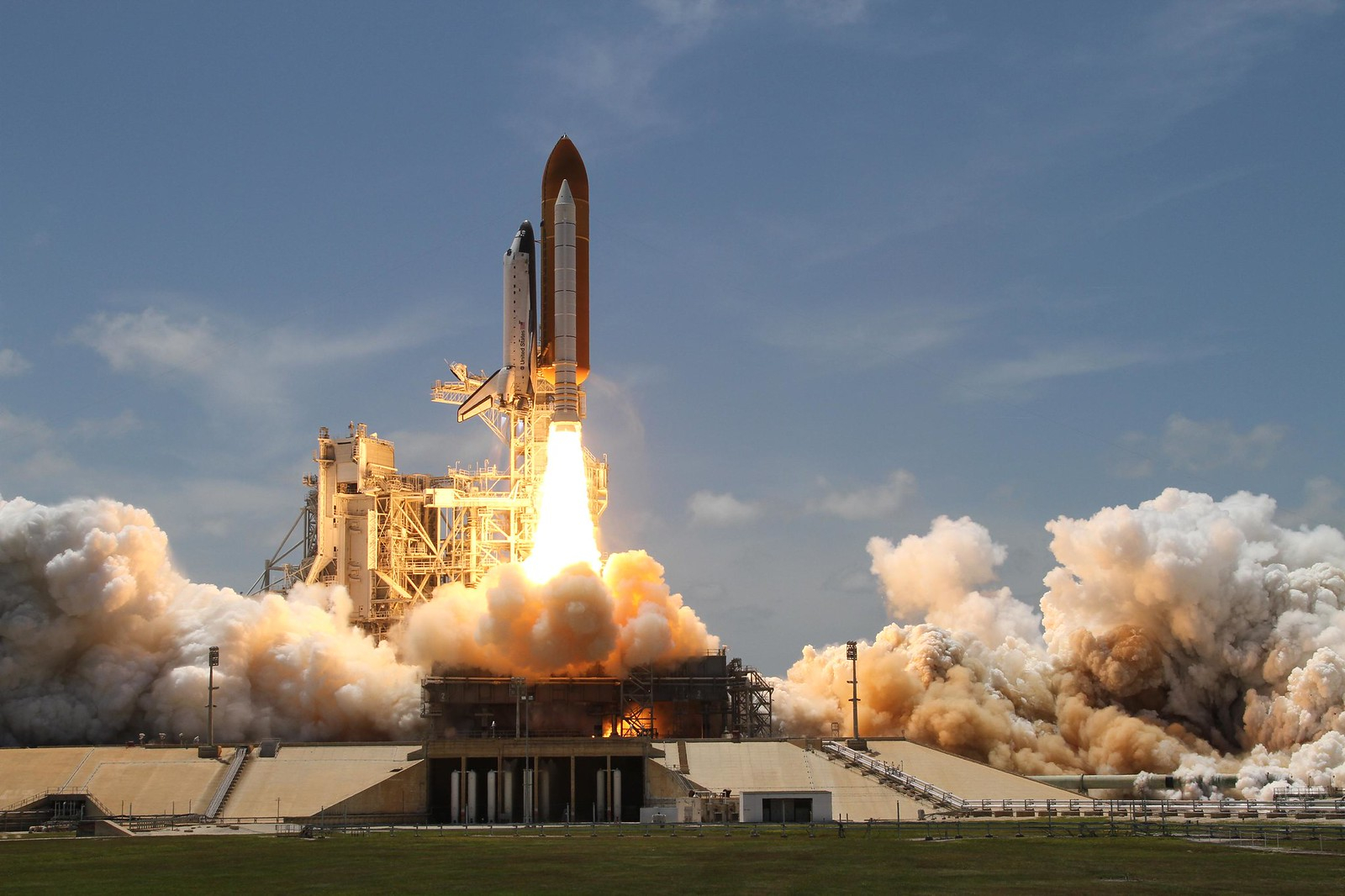 In an episode of Star Trek: The Next Generation, a pair of outspoken scientists reveal how warp drives — the show’s ubiquitous propulsion system used to get travelers around space—can be incredibly environmentally destructive. From then on, the characters take care to limit the damage of their spaceflights.

Could a similar scenario now play out in the real universe, minus the faster-than-light engines? Atmospheric scientist Christopher Maloney believes so. In a new study, he and his colleagues modeled how black carbon belched out by rocket launches around the world is likely to gradually warm parts of the middle atmosphere and deplete the ozone layer. They published their findings on June 1 in the Journal of Geophysical Research: Atmospheres.

“There’s a lot of momentum currently going on, in terms of rocket launches and satellite constellations going up, so it’s important to start researching this to study what impacts we could potentially see,” says Maloney, who’s based at the National Oceanic and Atmospheric Administration (NOAA) Chemical Sciences Laboratory in Boulder, Colo.

Maloney and his colleagues’ models start with typical launch trajectories, in which rockets blast a spray of tiny particles called aerosols out of their engine nozzles. The most dangerous exhaust component is black carbon, or soot. Rockets release tons of those microscopic particles in the stratosphere, especially between 15 and 40 kilometres above the ground, above where aircraft fly. Modern jet engines also expel black carbon, but in much smaller quantities. Falling defunct satellites emit aerosols too, as they burn up in the stratosphere. Since these particles persist in the stratosphere for about four years, they can accumulate, particularly in areas where space traffic is concentrated.

Maloney and his team used a high-resolution climate model to predict the effects this pollution will have on the atmosphere, studying how aerosols of different sizes could heat or cool regions of space at different latitudes, longitudes, and altitudes. They found that within two decades, temperatures in parts of the stratosphere could rise by as much as 1.5 C and that the ozone layer could thin slightly in the Northern Hemisphere. They generally conclude that more rockets means more warming and increased ozone loss, which could pose a problem, especially because humans, wildlife, and crops need the ozone layer to protect them from ultraviolet radiation.

By their accounting, each year, rocket launches collectively expel around 1 gigagram, or 1,000 metric tons, of black carbon into the stratosphere. Within two decades, that could easily ramp up to 10 gigagrams or more, thanks to the growing number of rocket launches. The researchers consider multiple black-carbon emission scenarios, including levels reaching 30 and 100 gigagrams, which, though extreme, could happen within a couple more decades if rocket engine technologies and trends don’t change much. They focus their analysis on widely used kerosene-burning rocket engines, such as the first-stage boosters of SpaceX Falcon, Rocket Lab Electron, and Russian Soyuz rockets.

With the global launch rate climbing by about eight per cent per year, they anticipate as many as 1,000 hydrocarbon-burning rockets blasting off every year by the 2040s. That’s partly thanks to dropping launch costs and the burgeoning of the commercial space industry, as well as the rockets needed to launch growing satellite networks like SpaceX’s Starlink, Amazon’s Project Kuiper, and OneWeb. Suborbital spaceflights, like Blue Origin’s and Virgin Galactic’s, penetrate the stratosphere too.

Scientists and analysts have increasingly been drawing attention to other environmental hazards of space activities. For example, spacecraft launch sites and junk in orbit both create different kinds of pollution. Astronomers have also expressed concerns about light and radio pollution from satellite constellations, the carbon footprint of building new observatories, and the computing power needed to do space research.

“Science as a profession, in general, has changed remarkably in the last few years. Most major observatories, and NASA, are now assessing the impacts of our profession. We recognize that, in the case of astronomy, we’re being impacted — but we’re also contributors to climate change,” says Travis Rector, a University of Alaska astrophysicist and chair of the American Astronomical Society’s Sustainability Committee. “This study shows we need to take into consideration what the impacts are of space travel.”

To combat climate change, some researchers have proposed geoengineering schemes, large-scale projects that could cool the planet, including spraying sulfur dioxide or other aerosols into the stratosphere, with the aim of reflecting some sunlight. In a way, if rockets spew lots of black carbon, it would have the reverse effect, by absorbing radiation and emitting heat, says Darin Toohey, atmospheric scientist and science policy expert at the University of Colorado, Boulder.

Toohey’s earlier modeling research was one of the precursors of Maloney’s new study, and Toohey and his colleagues have seen signs of some of the same trends over the past decade. While rockets’ effects on the stratosphere currently seem small compared to those of wildfires or the mushroom clouds of atomic bomb explosions, they’re not insignificant, he argues, and they’re clearly growing. “If you keep raising black carbon in the atmosphere, you eventually hit nuclear winter conditions. This isn’t anywhere close to that, but it’s showing that the sensitivity is very large. Rockets are like taking a scalpel to the atmosphere, and nuclear weapons and meteor impacts are like taking a sledgehammer to it,” Toohey says.

Government agencies like NASA haven’t heeded these concerns much until recently, he argues. “When it comes down to it, rockets present a challenge for them, because not only are they supposed to be protecting the ozone layer and understanding it, they’re also supposed to be advancing space launches,” Toohey says.

So how can space agencies and companies better protect the atmosphere? Maloney and his team primarily studied kerosene-burning rockets, but types with other hydrocarbon propellants likely discharge similar amounts of black carbon. Some fuel combinations and engine types, including those that burn hydrogen, could be cleaner. And international regulations, like the Montreal Protocol, which phased out ozone-depleting CFCs from a wide range of products and activities, could help too, he argues.

But for now, researchers lack direct measurements of black carbon and other pollutants in rocket plumes, crucial data that would inform such national or international policies, Maloney says: “It’s important to understand how something as cool as space travel actually impacts the Earth we live on.

Kerosene?! Sounds like something my great grandmother would put in a lantern. I can't believe after all these years space travel isn't using something cooler than kerosene for rockets. Ideally something less environmentally damaging too.