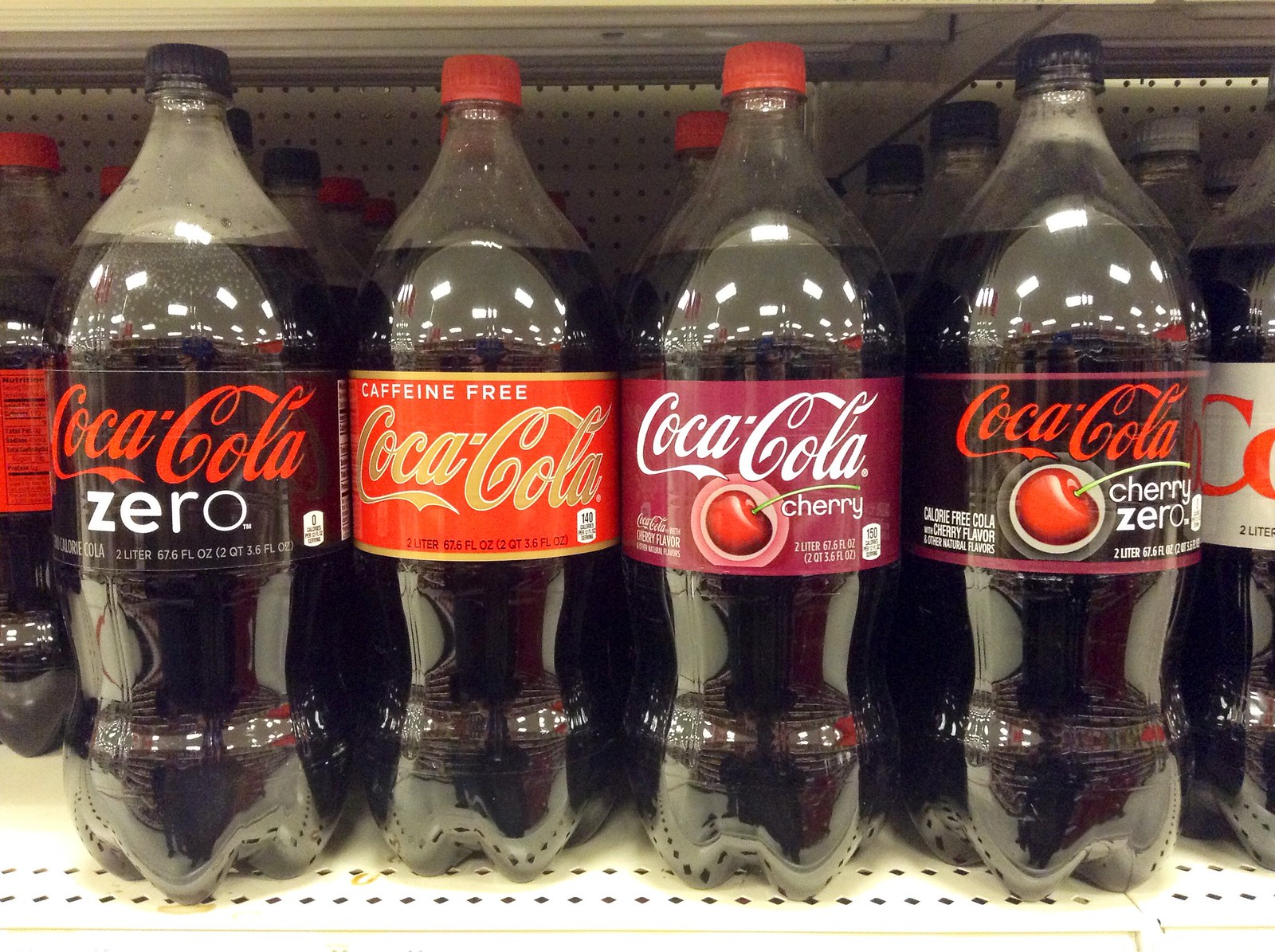 Coca-Cola, the report said, has spent millions saying that 25% of its bottles are made out of marine plastic, but does not mention that the company is the world’s biggest plastic polluter. Photo by Mike Mozart/Flickr (CC BY 2.0)
Previous story

Claims about plastic packaging being eco-friendly made by big brands, including Coca-Cola and Unilever, are misleading greenwashing, according to a report.

The Changing Markets Foundation says claims that companies are intercepting and using “ocean-bound” or “recyclable” plastic to tackle the plastic pollution crisis are some of the most common examples of greenwashing.

The claims are made with little proof about how the products address the crisis in plastic pollution, their report says. It says this is done to obscure the real impact of plastic from consumers.

George Harding-Rolls, campaign manager at Changing Markets Foundations, said: “Our latest investigation exposes a litany of misleading claims from household names consumers should be able to trust. This is just the tip of the iceberg and it is of crucial importance that regulators take this issue seriously.

“The industry is happy to gloat its green credentials with little substance on the one hand, while continuing to perpetuate the plastic crisis on the other. We are calling out greenwashing, so the world can see that voluntary action has led to a market saturated with false claims.”

The analysis, which is being presented on the CMF website, says claims by Kim Kardashian’s clothing company Skims on its compostable underwear packaging, which states “I am not plastic”, are undermined by the small print saying the product is plastic type 4 or LDPE (Low-Density Polyethylene).

Coca-Cola, the report says, has spent millions promoting an innovation which says that its bottles are 25% marine plastic, but does not mention that the company is the world’s biggest plastic polluter.

The makers of Mentos mints, Perfetti Van Melle, make grand eco claims about new cardboard box packaging, the report says. But they fail to mention the packaging is an unrecyclable composite material made out of card, aluminium and plastic.

In Spain, after the EU ban on plastic cutlery, the biggest supermarket chain, Mercadona, rebranded the cutlery as “reusable” instead of providing alternatives.

The report singled out Tesco for its claims that its flexible plastic packaging is new, improved and “recyclable”. But to be recycled, customers have to take the packaging back to larger stores – and even then it is unlikely to be recycled. Instead, it will almost certainly be exported, incinerated or sent to landfill, the report says. Bottles of Procter & Gamble’s Head and Shoulders shampoo are being promoted as made out of “beach plastic”, but the bottle is dyed blue, meaning it cannot be recycled further, the report says.

Unilever has replaced recyclable PET bottles of washing liquid with pouches as part of its push to encourage refills. But the pouches are not recyclable and only contain two refills, the report says.

The examples show brands are presenting materials and selling products claiming they are better for the environment when they are either difficult to recycle, not recyclable at all, or are using just a small fraction of “ocean-bound” plastic collected through various clean-ups.

Sian Sutherland, A Plastic Planet co-founder, said: “Plastic is now a very powerful and emotional word. We all feel the plastic guilt when we fill our shopping baskets. Brands have been exploiting this over recent years, using age-old marketing techniques that are totally misleading or downright fake, pretending that the problem is being fixed when actually it is getting worse, with plastic production set to treble by 2040.

“Greenwash.com exposes these false green claims for what they are: daylight robbery of the consumer’s right and ability to judge the product.”

The Changing Markets Foundation, along with Zero Waste Europe, is calling for closed-loop recycling systems and effective deposit return systems to tackle the plastic pollution problem. “We must embrace systemic solutions, such as absolute reductions in plastic packaging and mandatory deposit return systems,” they said.

Plastic packaging in the UK makes up nearly 70% of all of the country’s plastic waste. Less than 10% of everyday plastic, including plastic packaging, gets recycled.

Tesco said: “All of the soft plastic we collect will be sorted in the UK from later this year, ensuring it stays out of landfill and is recycled into a range of items. We welcomed recent legislative measures to increase the consistency of kerbside collections for plastic recycling.”

Tesco said it was not the case that its soft plastic ended up in landfill or incinerated. The company said since 2021 it was finding a use for the soft plastic packaging it collects in stores, and has trialled recycling soft plastic into cheese packaging.

Coca Cola said: “We don’t want to see any of our packaging end up where it shouldn’t and we are working hard to be part of the solution.

“All of our bottles in Great Britain are 100% recyclable and we aim to collect and recycle a bottle or can for every one we sell by 2030 globally. In 2019, about 300 sample Coca-Cola bottles were developed using recovered and recycled marine plastics, with the aim to demonstrate that one day, ocean debris could be used in recycled packaging. Innovative trials like this are essential to finding scalable solutions to reduce the amount of packaging we use.

”Procter & Gamble said: “Our Head & Shoulders ocean clean bottle was one of the first steps on our ongoing responsible beauty journey and helped us to learn about the use of PCR within our products. This pack is no longer available to buy in the UK but we can confirm that it was recyclable. We don’t yet have all the answers but remain committed to ensuring Head & Shoulders is a force for good within beauty.”

A spokesperson for Perfetti Van Melle was not available to comment. The other brands named did not immediately respond to requests for comment.