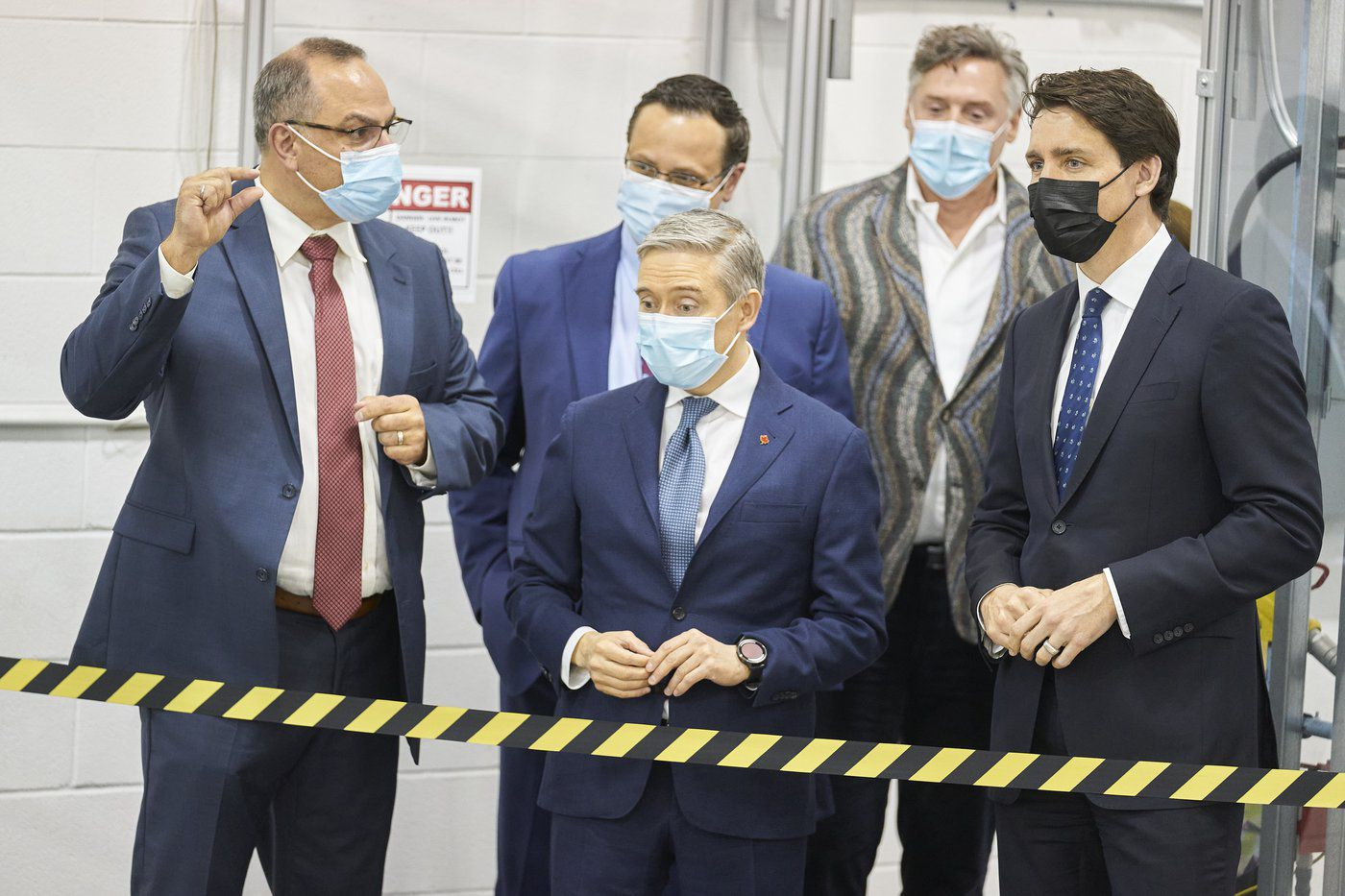 Tony Mancina (L), talks with Justin Trudeau (R) and François-Philippe Champagne during a tour of the Stellantis Automotive Research and Development Centre in Windsor, Ont. on May 2, 2022. File photo by The Canadian Press/ Geoff Robins
Previous story

Innovation Minister François-Philippe Champagne says the convergence of Canada's automotive and mining sectors is working to lure more companies to Canada to make electric cars and the batteries that power them.

Over eight weeks last spring, automakers and battery companies announced more than $13 billion in new investments in the electric vehicle manufacturing sphere in Canada, including batteries and their components, buses and electric cars.

Champagne is in Japan this week meeting with the heads of several Japanese automakers that do not have a Canadian manufacturing presence, including Mitsubishi, Nissan and Subaru.

Champagne says the sales pitch is to point out that in a world where supply chain issues are a massive headache for manufacturers, Canada has the skilled workforce, the raw materials and the stability they desire.

He says he's telling companies that "stability, predictability, and the rule of law is in high demand and short supply."

While he is also meeting with Honda and Toyota, both of which are retooling Canadian plants to make electric vehicles, the meetings with the others are different, he says.

"If you talk to people who have an established footprint in Canada it's different, because they've already invested," he said.

For the others, he says most have told him, "it's really the three things that really drive investments: talent, ecosystem and resources. And when you put that together, Canada becomes kind of the supplier of choice."

This trip follows another to Europe in the spring where Champagne met with the major German automakers, including Volkswagen, which is regularly duking it out with Toyota to see which will be the biggest car company in the world.

Another trip to Asia, likely to include Korea, is in the works for the fall.