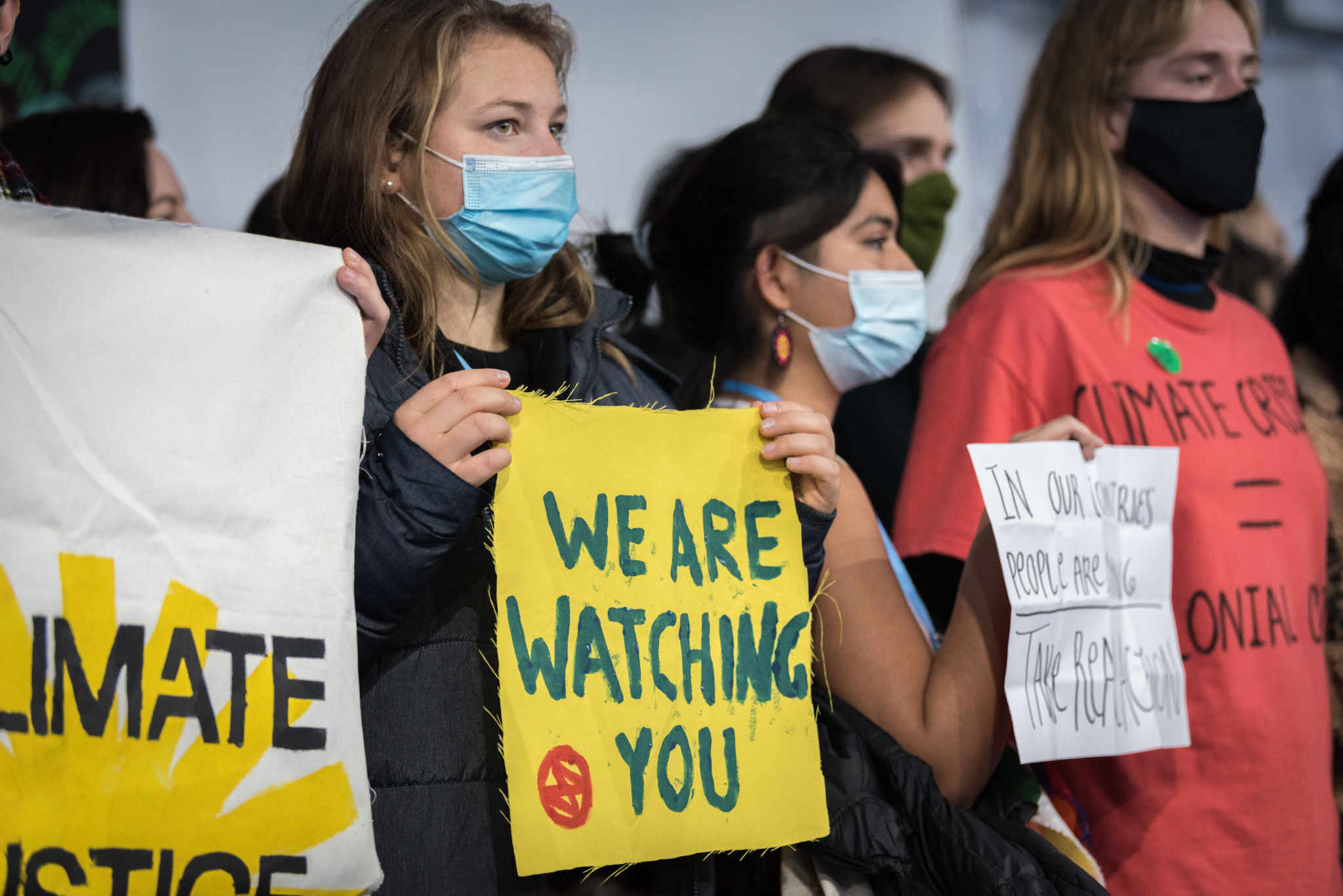 The world was watching Glasgow during COP26 — will it be watching Montréal? Photo by Albin Hillert
Previous story

Canadians should be paying close attention to what some optimistic projections are already calling the “Paris moment” for nature — and not just because we’re playing host.

This December’s UN Convention on Biological Diversity (CBD) summit, or COP15, has been relocated from Kunming, China, to Montréal. Countries will attempt to agree on a post-2020 Global Biodiversity Framework that aims to halt biodiversity loss by 2030. To achieve this goal, the new framework will have to be ambitious — in the 29 years since 168 nations signed the original UN biodiversity treaty, the planet has entered a human-caused mass extinction event that puts at least one million species at risk of disappearing forever.

There is something poignantly symbolic about the conference’s move to Montréal. While for many “biodiversity” evokes images of tropical rainforests and coral reefs, Canada is one of the world’s biodiversity hot spots. It contains a quarter of the Earth’s wetlands, a quarter of its carbon-rich peatlands, and has the second-largest expanse of intact forests of any country in the world. These natural features are not only crucial for biodiversity, but also for mitigating and adapting to the effects of climate change.

Regarding biodiversity protection, Canada is also one of the world’s great disappointments. Some of those same peatlands that act as massive carbon stores are being targeted by the federal and Ontario governments for mining and development. While its range of intact forests may rank second, in 2014, Canada came in first for the world’s fastest rate of forest degradation. There are 685 species listed under Canada’s Species at Risk Act, and that continues to grow each year while British Columbia, the country’s most biodiverse province, still lacks a standalone law to protect at-risk species.

There is also the crucial fact that amid expert agreement that the sovereignty of Indigenous Peoples over their traditional territories is crucial to biodiversity protection, the federal and provincial governments continue to override Indigenous rights and titles. Just this April, the governments of Canada and British Columbia received their third warning from the UN Committee on the Elimination of Racial Discrimination to cease the forcible removal of Secwepemc and Wet’suwet’en land defenders from their traditional territories and halt construction of the Trans Mountain expansion and Coastal GasLink pipelines.

Yet, staged amid this bleak national backdrop, COP15 may provide an ideal opportunity to push Canada and other nations to do better. Because civil protest is heavily restricted in China, the change of venue expands opportunities for grassroots engagement and political mobilization — exactly the kind of action needed to spur negotiators to adopt an ambitious and inclusive framework for biodiversity protection.

Historically (and as evidenced by the media storm that accompanied COP26, the UN Climate Change Conference held last year in Glasgow), international climate treaties have received much more attention than treaties for nature. The same pattern is appearing now: while world leaders ramp up for this year’s climate conference (COP27), organizers for the UN Biodiversity Conference are already expressing concern that those same leaders will not be at COP15 due to a schedule clash with the World Cup.

While climate conferences certainly deserve the hard-won attention they get today, biodiversity conferences should receive the same. The dual climate and biodiversity crises are connected by more than their innumerable shared feedback loops (such as the carbon stored by forest habitats or intact ecosystems’ ability to mitigate extreme climate events). Although the silos separating climate and biodiversity action are slowly being broken down, the majority of proposed solutions do not address the crucial higher-level connections between them. Both crises were caused by a broken, human-made system — and the solution to both is transformative system change.

This was the finding of the UN’s Global Assessment Report on Biodiversity and Ecosystem Services: that without transformative system-level change to global social, economic and technological structures, humanity cannot achieve a sustainable future. Components of system change (to name just a few) include the restructuring of financial systems to eliminate harmful incentives, the creation and enforcement of environmental laws that recognize Indigenous rights and the human right to a healthy environment, and adaptive, co-operative governance across sectors and jurisdictions.

It’s a tall order for negotiators who can’t even agree whether the new framework should address pesticide use. But the fact is, nature needs more than a “Paris moment”. Nature needs something unprecedented.

Opinion: This December’s UN Convention on Biological Diversity summit, or COP15, has been relocated from Kunming, China, to Montréal. Countries must agree on a plan to halt biodiversity loss by 2030, writes Lea Anderson.

It’s unlikely that Canada will be host to such an achievement this year — but activists should demand it anyway. If Montréal feels the eyes of the world this December, the outcome will be better than if the conference is allowed to proceed in darkness.

Write letters, call representatives, share posts, and demonstrate in person if you can. Push negotiators to be ambitious because if we want anything close to the urgent change required for a livable future, it’s up to us to fight for it.

Please explain the term « COP 15 » as applied to biodiversity! At the very least, this is confusing.

You are correct, COP refers

You are correct, COP refers to a "Conference of the Parties". Two treaties were signed at the 1992 Earth Summit, the UN Framework Convention on Climate Change (UNFCCC) and the Convention on Biological Diversity (CBD). Both are UN treaties, even if "UN" was left off the name of the latter. UNFCCC COPs take place nearly on an annual basis and CBD COPs every two years, hence this year's UNFCCC COP27 (November, Egypt) and CBD COP15 (December, Montreal). Few Canadians know that the UN Secretariat for the CBD is also in Montreal, so it makes good sense to have COP15 there (e.g., reduced travel costs for Secretariat staff).