Guns vs. mental health supports: in Highland Park, 'why can't it be both?' 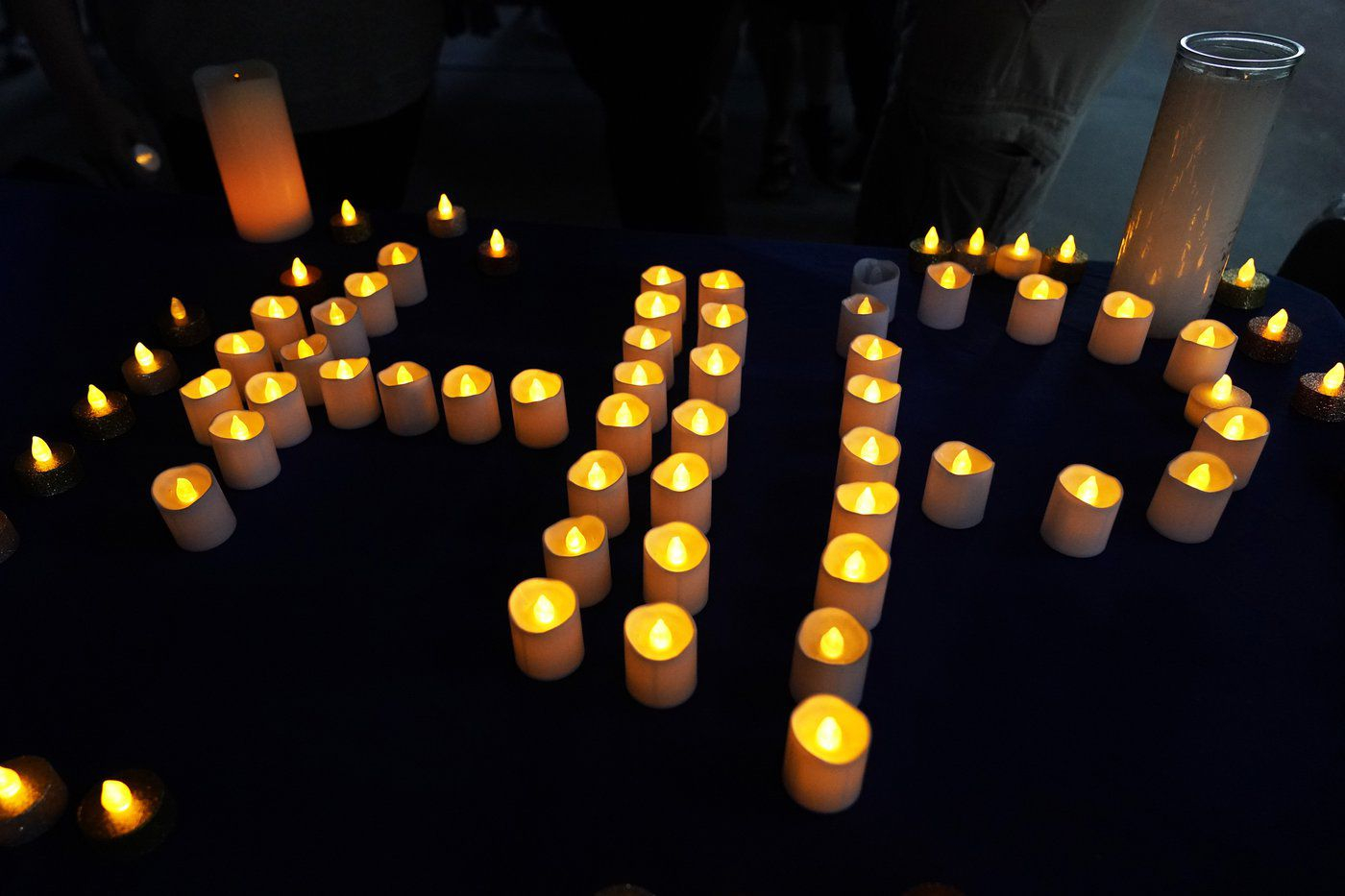 Candles form the letters H P are seen on the table during a vigil at Sunset Woods Park for the victims of Monday's Highland Park's Fourth of July parade, on Thursday, July 7, 2022, in Highland Park, Ill. Photo by The Associated Press/AP-Nam Y. Huh
Previous story

The man in the fluorescent green baseball cap nervously eyes the video camera, then politely declines to be interviewed.

Instead, he listens intently, edging ever closer as his friend Irwin Silbernik, 70, talks about guns, politics and the deadly mass shooting that shattered the heart of this idyllic bedroom community Monday.

Finally, the man — he identifies himself only as Jerry — musters up the courage to step in front of the lens.

"I want to say something on camera: I think the gun issue here in America is a severe mental health condition problem," Jerry says.

"I actually have kind of a mental condition myself, and I know people right now that are dealing with conditions. There's nowhere to go, nobody for us to talk to, nobody to reach out to, it seems."

In the United States these days, the intersection of deadly weapons and mental health is a tricky one to navigate.

As Democrats — progressives and moderates alike — take direct aim at gun rights after each mass shooting, Republicans of all stripes often use the perpetrator's state of mind as a weapon of their own.

That's what Donald Trump did at the annual convention of the National Rifle Association just days after 19 children and two teachers were gunned down in an elementary school classroom in Uvalde, Tex.

"We need to make it far easier to confine the violent and mentally deranged into mental institutions," Trump said.

Texas Sen. Ted Cruz described the Uvalde gunman as just one of the many "lunatics and monsters" behind America's mass-shooting epidemic, insisting gun control would have made no difference.

Too many #guns vs. mental health supports: in #HighlandPark, 'why can't it be both?' #MassShooting #Chicago #GunViolence #MentalHealth

"That son of a bitch passed a background check," Cruz said — something that also happens to be true of the man police say was behind the Fourth of July massacre in Highland Park.

But the partisan side of the mental health discussion is a "red herring," said Alexandra Filindra, a political science professor at the University of Illinois Chicago who specializes in gun control issues.

For one thing, while there's a wide variety of conditions that meet the definition of mental illness, it's less clear which ones — or what sort of combination thereof —might be grounds for denying gun ownership.

"What exactly is a mental health condition, and under what circumstances does that make one so dangerous?" Filindra said. "As with criminality, we define these things after the fact."

Then there's the issue of age.

In Uvalde and in Buffalo, N.Y., where 10 people were gunned down in a supermarket, both suspects were just 18. The man behind the Sandy Hook massacre in 2012 was 20. The alleged shooter in Highland Park is 21.

"Adolescence is a time of extreme emotions, and kids can act out," Filindra said.

"Depending on the kinds of tools they have at their disposal, they can break things, or they can shoot. And adolescence is not a medical condition."

Silbernik and Jerry break it down this way: "Why is it either a mental health issue or a gun issue? Why can't it be both?" Silbernik says.

"It is both," Jerry replies. "But to get the AR-15s away from people would help the situation a little."

The gun safety bill signed last month by President Joe Biden, the rare bipartisan product of a core group of Democrats and Republicans spurred into action by Uvalde, stopped short of raising the age limit for buying an assault weapon from 18 to 21.

But it does provide $250 million for states to expand access to mental health care for school-age children, to better train the adults who work with them, and to ensure struggling students have access to care.

"It really is focused on where the biggest, kind of less flashy part of the American gun violence problem is, which is on domestic violence and the day-to-day kind of violence that we see from guns."

At the same time, however, the final product proved more expansive than most experts were expecting, Fagan said.

The fact that Sen. John Cornyn, a longtime champion of gun rights on Capitol Hill, helped lead the charge on getting the bill passed is another sign that the rampant violence is even getting through to some Republicans.

"It's not a coincidence that John Cornyn, who's a senator from Texas, was the leader on the Republican side of that bill," Fagan said.

"I think it affected him as much as it affects people on the street."