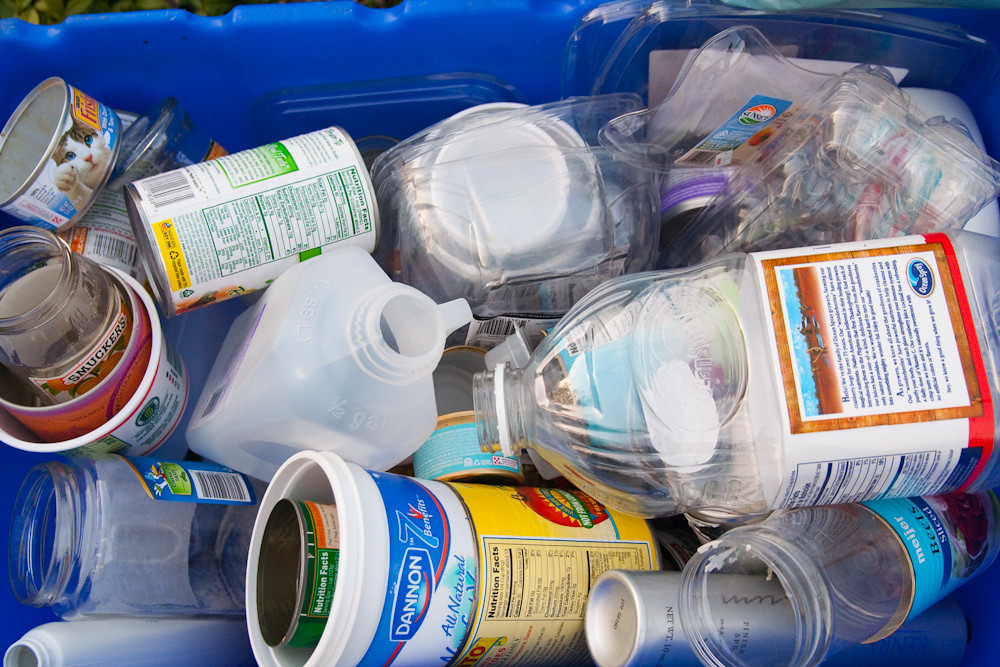 The results of one of the largest voluntary research projects into the scale of plastic waste show that only 12 per cent of the single-use packaging used by U.K. households is sent for recycling. Photo by Steven Depolo / Flickr (CC BY 2.0)
Previous story

U.K. households throw away nearly 100 billion pieces of plastic packaging a year, according to a survey by Greenpeace.

The results of one of the largest voluntary research projects into the scale of plastic waste show that only 12 per cent of the single-use packaging used by households is sent for recycling.

Greenpeace asked households to count their plastic waste for one week in May. Nearly 250,000 people from almost 100,000 households took part and sent their results to Greenpeace and fellow NGO Everyday Plastic.

By far, the largest proportion of plastic waste was from food and drink packaging — 83 per cent — with the most common item being fruit and vegetable packaging.

While the U.K. government publishes data on the weight of plastic waste being collected from households, there are no official figures about the number of plastic items being thrown away. So the research, known as the Big Plastic Count, is being seen as providing a significant insight into the scale of single-use plastic packaging waste.

Assuming the weekly average is typical of every household in the U.K., the researchers said it could be reasonably estimated that households throw away 1.85 billion pieces of plastic packaging a week, equating to 96.6 billion pieces a year in the U.K. alone.

A landmark study in 2019 found that the proliferation of single-use plastic around the world is accelerating the climate emergency and needs to be urgently halted. Nearly all plastic is made from fossil fuels, the research by the Center for International Environmental Law found, and the plastic contributes to greenhouse gas emissions at every stage of its lifecycle, from its production to its refining and the way it is managed as a waste product.

“This is a jaw-dropping amount of plastic waste and should give ministers pause for thought,” said Chris Thorne, plastics campaigner at Greenpeace UK.

“Just 12 per cent of all this plastic is likely to end up being recycled in the U.K., despite the public’s alarm about the issue and efforts to recycle. The rest becomes pollution, whether through landfilling, incineration or export to countries all around the world, gradually contaminating everything — our water, our food, even the air we breathe.”

Daniel Webb, founder of Everyday Plastic, said a quarter of a million people had been galvanized to take part in what was an incredible piece of citizen science. He said: “[It] has allowed us to build a unique picture of the plastic problem and gather never-before-seen data… These new figures lay bare the responsibility of the government, big brands and supermarkets to tackle this crisis, and they must rise to the challenge right now — there is no time to waste.”

The NGOs are calling on government to set legally binding targets to almost entirely eliminate single-use plastic, starting with a target of a 50 per cent cut in single-use plastic by 2025. They want a ban on plastic waste exports by 2025, initially starting with an immediate ban on all exports to non-OECD member countries and mixed plastic waste to OECD member countries. They are also calling for the immediate creation of a deposit return scheme.

The government has promised such a scheme for years, with Michael Gove as environment secretary first putting it forward in 2018. But it has been delayed by consultations and apparent inertia in government.

“Pretending we can sort this with recycling is just industry greenwash,” said Thorne. “We’re creating a hundred billion bits of waste plastic a year, and recycling is hardly making a dent. What else do the government need to know before they act?”

A spokesperson for the government said: “We want to introduce extended producer responsibility (EPR), a deposit return scheme (DRS) and consistent collections in England as soon as is practical and have sought feedback on proposed timelines through consultation. We have published the government response to the packaging EPR consultation in March, and will publish our response to the DRS and consistency consultations shortly.”