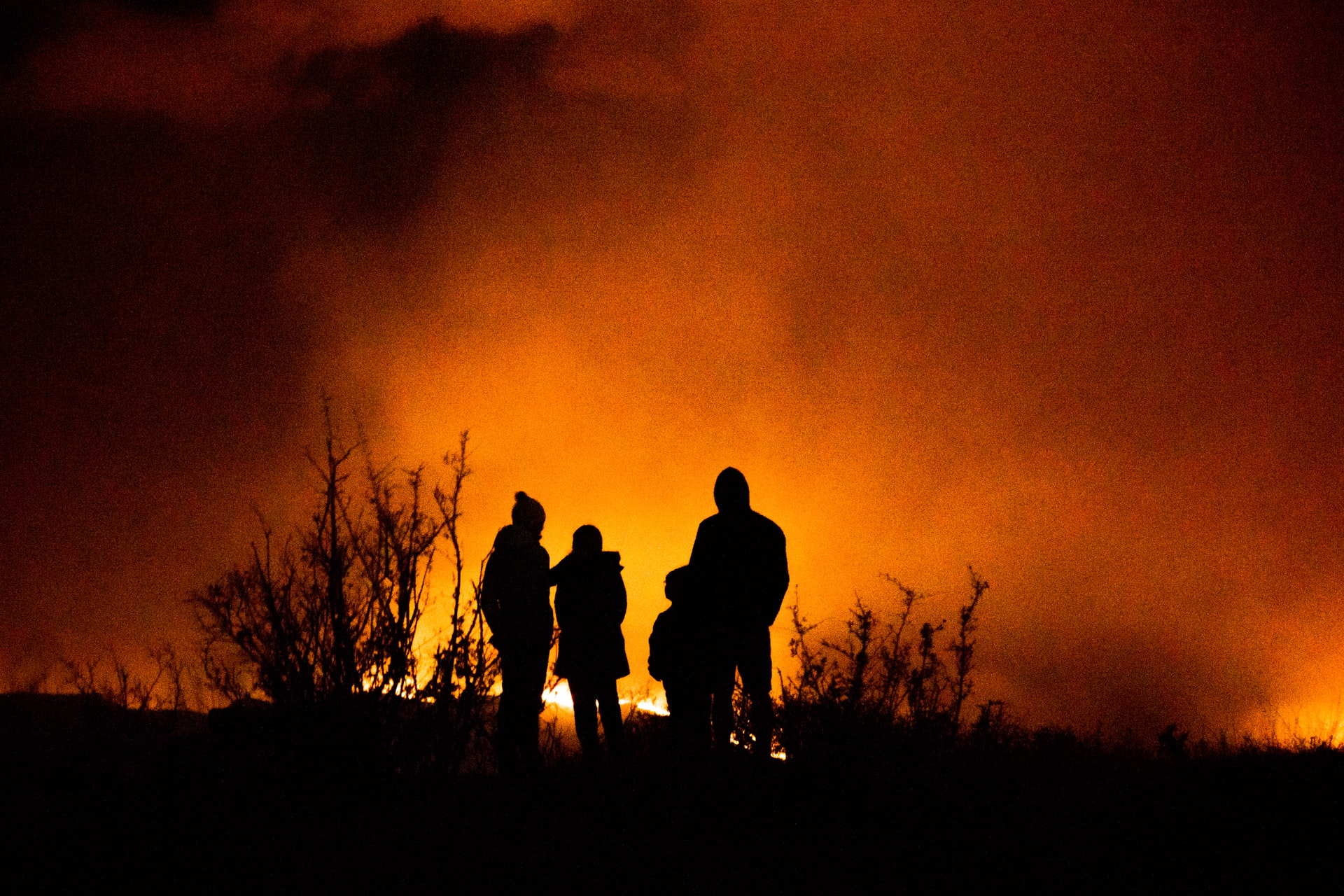 In the face of wildfires and heat waves, UN boss António Guterres warns governments that "half of humanity is in the danger zone." Photo by Photo by Caleb Cook / Unsplash
Previous story

Wildfires and heat waves wreaking havoc across swathes of the globe show humanity facing “collective suicide,” the UN secretary-general has warned, as governments around the world scramble to protect people from the impacts of extreme heat.

António Guterres told ministers from 40 countries meeting to discuss the climate crisis on Monday: “Half of humanity is in the danger zone, from floods, droughts, extreme storms and wildfires. No nation is immune. Yet we continue to feed our fossil fuel addiction.”

He added: “We have a choice. Collective action or collective suicide. It is in our hands.”

Wildfires raged at the weekend across Europe and North America. In South America, the Machu Picchu archeological site was threatened by fire. Extreme heat has broken records around the world in recent months, as heat waves have struck India and South Asia, droughts have devastated parts of Africa, and unprecedented heat waves at both poles simultaneously astonished scientists in March.

In the U.K., an extreme heat warning was issued with the hottest temperatures ever recorded in the U.K. expected on Monday and highs above 40 C forecast in some places.

Ministers meeting in Berlin for a two-day climate conference known as the Petersberg Climate Dialogue will discuss the extreme weather, as well as soaring prices for fossil fuels and food, and the impacts of the climate crisis. The meeting, convened annually for the last 13 years by the German government, marks one of the last opportunities to hammer out agreement among key countries before the COP27 UN climate summit in Egypt this November.

Alok Sharma, who chaired the COP26 UN climate summit in Glasgow last November, will be absent from the Berlin conference, though he will join several sessions virtually. He must stay in London to vote in the Conservative party leadership contest, which will determine who takes over as U.K. prime minister from Boris Johnson. The U.K. still holds the presidency of the UN talks until Egypt takes on the mantle, and Sharma’s absence raised eyebrows among some participants.

Prospects for COP27 have dimmed considerably in recent months, as energy and food price rises have engulfed governments in an inflationary cost-of-living crisis, prompted in part by the gradual emergence from the COVID-19 pandemic, and exacerbated by the war in Ukraine.

At COP26, countries agreed to limit global heating to 1.5 C above pre-industrial levels, but the commitments they made were still inadequate to do so. All countries agreed to come forward this year with improved national plans for greenhouse gas emissions, known as nationally determined contributions (NDCs).

Frans Timmermans, the vice-president of the European Commission, who leads the EU bloc at the UN climate talks, dampened expectations for the conference in an interview with The Guardian. “I don’t see that many new NDCs on the horizon, frankly,” he said, pointing to Australia, with its new government, as a rare exception.

Sameh Shoukry, Egypt’s foreign minister and the president of COP27, will attend the Berlin talks this week, but his presence will be overshadowed by concerns over Egypt’s own recently submitted NDC. The plan disappointed many observers, who had hoped for much greater levels of ambition, to set an example to other emerging economies.

Guterres also sharply criticized the “multilateral development banks,” institutions including the World Bank that are funded by taxpayers in the rich world to provide assistance to poor countries.

He said they were not fit for purpose when it came to providing the funding needed for the climate crisis, and that they should be reformed.

He said: “As shareholders of multilateral development banks, developed countries must demand immediate delivery of the investments and assistance needed to expand renewable energy and build climate resilience in developing countries. Demand that these banks become fit-for-purpose. Demand that they change their tired frameworks and policies to take more risk… Let’s show developing countries that they can rely on their partners.”

Residential school buildings are a monument to suffering. What should become of them?

The prime duty of

The prime duty of corporations is to make money for their shareholders. That is why banks, and oil, gas and coal companies behave the way they do. It is the rules governing corporations that need changing.