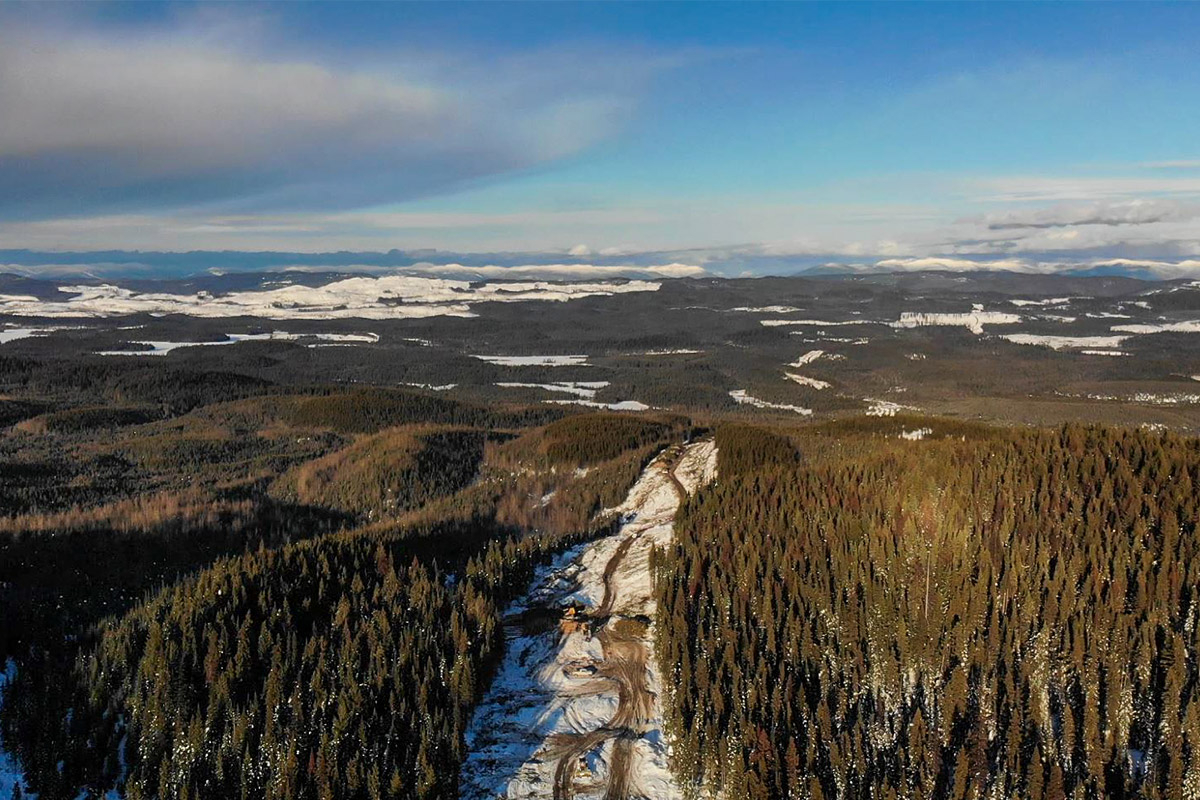 Until Thursday, the cost estimate for the 670-kilometre pipeline, which aims to carry natural gas to the LNG Canada processing and export facility in Kitimat, B.C., stood at $6.6 billion. File photo
Previous story

The projected cost of the contentious Coastal GasLink pipeline spanning northern British Columbia has jumped 70 per cent to $11.2 billion in the wake of a freshly inked deal between operator TC Energy Corp. and the group building a liquified natural gas terminal on the West Coast.

TC Energy expects "mechanical completion" — when all construction and testing are wrapped up and the tubes are ready to move the chilled gas — by the end of 2023.

The 670-kilometre pipeline, which aims to carry natural gas across the province to the LNG Canada processing and export facility in Kitimat, is already about 70 per cent complete, Poirier said.

Until Thursday, the pipeline's cost estimate stood at $6.6 billion.

"Capital costs have increased from the original cost estimates made in 2012, and the revised agreements incorporate a new cost estimate for the Coastal GasLink project of $11.2 billion," Poirier told investors on a conference call.

He said TC Energy will pay out $1.9 billion in equity via instalments that kick off this month. "We currently estimate our portion of the equity contributions to Coastal GasLink LP over the project life to be approximately $2.1 billion," the Calgary-based company said in a statement.

Details of the settlement are undisclosed, but it concerns costs stemming from causes as wide-ranging as COVID-19, the weather, project "scope" and "other events outside of Coastal GasLink LP's control," TC Energy said.

"Together with LNG Canada, this project will provide the first direct path for Canadian natural gas to reach global LNG markets," Poirier said, deeming the deal a "significant milestone."

The project has faced political and environmental obstacles over the past few years.

Until Thursday, the cost estimate for the 670-kilometre pipeline, which aims to carry natural gas to the LNG Canada processing and export facility in Kitimat, B.C., stood at $6.6 billion. #CoastalGasLink

A series of protests by members of the Wet'suwet'en Nation and other Indigenous and green groups have repeatedly stalled progress along parts of the pipeline, while a pair of fines from the B.C. government nabbed the company for non-compliance with environmental orders this year.

TC Energy has agreements with all 20 elected First Nations councils along the route, and signed option deals earlier this year for the potential sale of a 10 per cent stake to two Indigenous groups representing 16 of those communities, Poirier noted.

He also alluded to the energy turmoil stirred up by Russia's invasion of Ukraine in February, saying global demand for LNG is projected to grow by 50 per cent to 75 billion cubic feet a day by 2030 from 50 billion currently.

"This growth is largely underpinned by heightened energy security concerns and the reorder and reorientation of the energy mix," he said.

"This next wave of LNG demand is creating significant opportunities that align with our strategy. TC Energy's unparalleled asset footprint will play a critical role in securing global energy supply."

However, analyst Robert Kwan of RBC Capital Markets questioned whether returns on the pipeline will be more modest than the initially anticipated returns, "which I think were pretty low to begin with."

"Phase 1 clearly didn't achieve its initial return objectives," replied Bevin Wirzba, TC Energy's head of natural gas pipelines. "But as we indicated, coming to a settlement puts the project in the best position to move forward."

Phase 1 of the project comprises constructing the pipeline, while Phase 2 involves more than doubling its capacity through the installation of compressor stations.

TC Energy, which owns 35 per cent of the venture, sold a 65 per cent stake in it to Alberta Investment Management Corp. and KKR & Co. Inc. in 2020.

The Calgary-based company posted a lower quarterly profit Thursday, reporting net income attributable to shareholders fell to $889 million or 90 cents per diluted share in the second quarter from $975 million or $1 per share a year earlier.

Revenue for the three months ended June 30 increased to $3.64 billion from $3.18 billion during the same quarter last year.

This report by The Canadian Press was first published July 28, 2022.

Fracked gas is dirtier than

Fracked gas is dirtier than coal once you factor in all the externals...fracked gas destroys potable water, and uses vast quantities of sand, better employed making solar panels, fracked gas wells deplete rather quickly so the business runs on debt, its tight gas which should tell us its the bottom of the barrel. To have allowed a crooked outfit like TransCanada(TD now after the bad press it got swindling farmers during the Keystone fight) to build an export pipeline, over native land, that has a 50 year life span..............at this point in the climate emergency.........is suicidal for the planet.

What is it about the role of fossil fuels in pushing rapid climate catastrophe that we still don't get?
Hot house earth isn't going to be liveable.

“ ... saying global demand for LNG is projected to grow by 50 per cent to 75 billion cubic feet a day by 2030 from 50 billion currently.“
This kind of statement is alarming. The demand has to drop by 50% if we are to have a liveable planet. The politicians have not got the message, yet they are the people who have to change the rules in order to accomplish this.

I'd like to hear from National Observer why, exactly, they persist in re-printing Canadian Press with statements that (a) consider only current-situation projections and not environmental *requirements*, and (b) references to the "elected chiefs," as though that makes the consent requirements actually done.

("TC Energy has agreements with all 20 elected First Nations councils along the route, and signed option deals earlier this year for the potential sale of a 10 per cent stake to two Indigenous groups representing 16 of those communities, Poirier noted."

There's certainly room for NO to add an editorial note at the end of such articles, and given that the good folks at NO understand very clearly the amplifying effect of repeating lies (whether express or implicit), there seems to me no good reason why that is not done. If the independent and honest press also amplifies the dishonest press that seems dependent on plumping for carbon fuel extraction industries, then it seems to me there's a bit of undoing of the good work NO does.
It's clearly not a matter under the publication's radar, as staff writers note that the elected leaders are not the persons who must be consulted.