How farmers are helping survey native pollinators on Vancouver Island 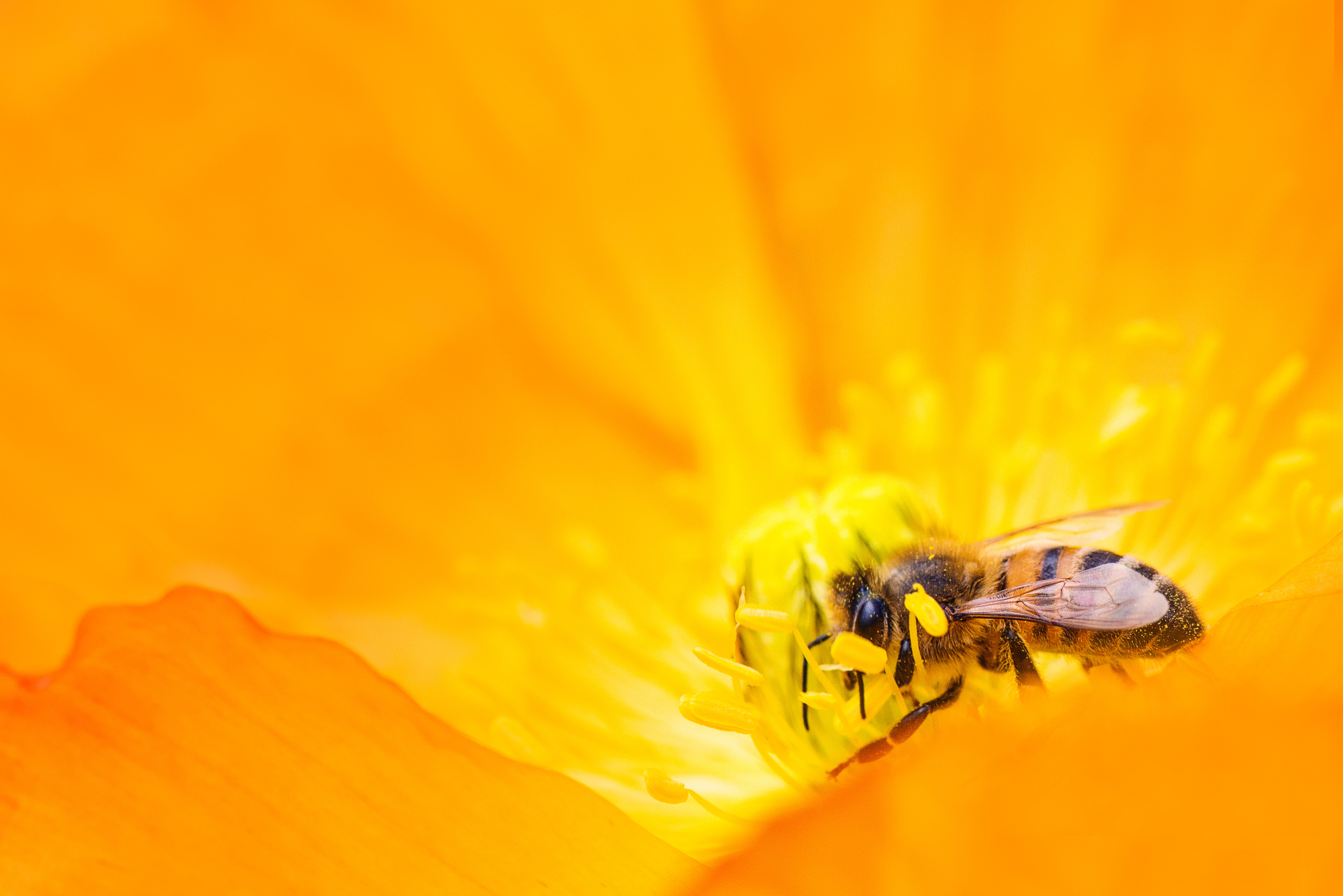 “If we don't have the presence of pollinators around the farm, then we really don't have that ability to grow bountiful amounts of vegetables,” says farmer Jon Rozinsky. Photo by Kat Smith/Pexels
Previous story

Jon Rozinsky is well aware of how important bees are for his farm. They help him and his partner grow vegetables, berries and flowers on three acres in Qualicum Beach, a town on the east coast of Vancouver Island.

Different varieties of clover around the property attract the insects, which then move pollen from male to female plants, allowing fruits, seeds and some vegetables to grow. Rozinsky sells what they harvest at a local farmers market, as well as to restaurants, bakeries and a culinary guild.

“If we don't have the presence of pollinators around the farm, then we really don't have that ability to grow bountiful amounts of vegetables,” Rozinsky said.

Pollinators like bumblebees (and butterflies and moths) aren’t just important for agriculture on Vancouver Island — 75 per cent of the world’s crops either need or benefit from them. Yet, in North America, there is little information about how many native pollinator species exist or their numbers. So when Rozinsky learned about a project based on Vancouver Island counting and identifying pollinators, pests and beneficial insects on nearly 20 farms over two years, he was eager to join.

The project, run by the BC Climate Change Adaptation program, monitors a number of different pests and beneficial insects. Three times a year — in May, June and September — Bonnie Zand, the project’s leader, and her team set up traps on participating farms. The yellow-and-blue traps — two colours that attract bees — have a vein the bugs hit, making them fall into a bucket of RV antifreeze. The liquid is non-toxic and biodegradable, and it preserves the bees.

Those insects then go back to a lab, where they are moved into ethanol (another preservation liquid) and labelled with the date and location they came from. Now, Zand is looking for funding to take on the next step: identify the species and create a list. She said this would help governments and farmers protect native pollinators on agricultural land.

“If we don't know what species are present, it's really hard to protect them because each species has specific needs and specific vulnerabilities,” she said.

Different species of native bumblebees, for example, could have different habitat needs. Some might be ground nesters, while others could make their homes in hollow twigs or stems.

These pollinators are critical for growing food, but little is known about the native bee species supporting the island’s farmers. #VancouverIsland

While some farmers have hives for honeybees — a non-native species — as pollinators, having a diverse bee population is important for what Zand calls “pollination insurance.” Each species, she explained, complements the others. They have different temperature and precipitation tolerances, can fly varying distances and have multiple methods of pollinating.

“If we’re relying only on honeybees, then if conditions aren’t right for honeybees to fly, pollination doesn’t happen,” she said.

Without data on native pollinators, it is also challenging to know exactly how different hazards affect their numbers. According to Lora Moradin, Western Canada program manager for Pollinator Partnership, a non-profit that promotes the protection of pollinators, bees face a number of risks, including climate change, exposure to pesticides, pests, diseases, invasive species and habitat loss. While the latter is likely the biggest threat, she said these hazards probably influence each other.

“[Bees are] going to be more impacted by one factor because they’re already weakened from the other,” she said.

Both Moradin and Zand agree this survey, which runs until September, is just a start and more research is needed to fully understand bee populations on Vancouver Island. But Moradin also emphasized that even without this knowledge, it is important to preserve native bee habitat.

“We understand it to a level where we can make changes and take action.”