‘We need to be visible’: Elder Claudette Commanda brings teachings, activism and humour to Ottawa U chancellorship 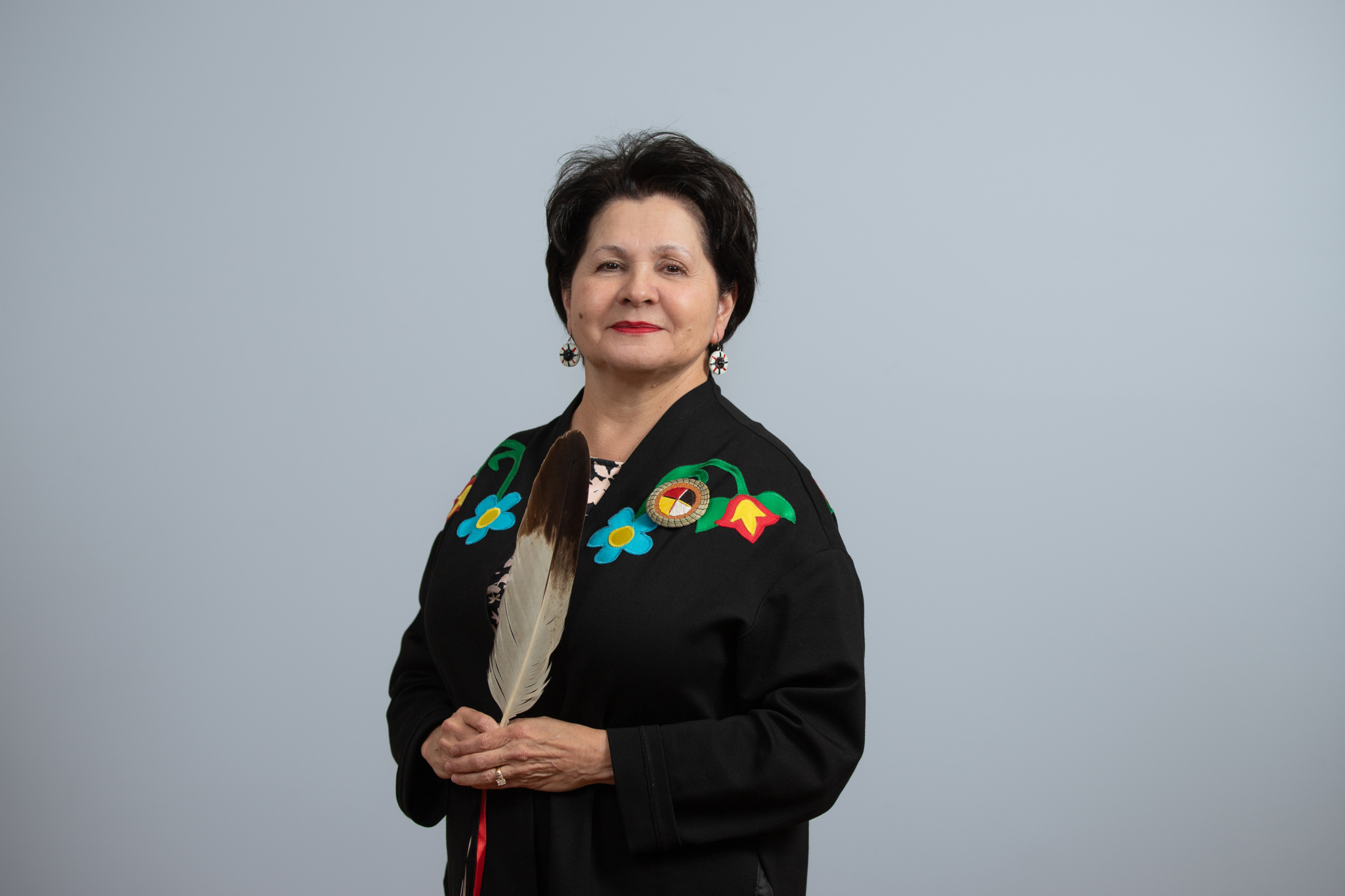 When Claudette Commanda, an Elder from Kitigan Zibi, was an undergraduate student, she wasn’t shy about asking what programs and services the University of Ottawa had for Indigenous students.

The university’s director listed off whatever general services were available to all students at the time.

“He had no answer for me because he didn’t know,” Commanda told Canada’s National Observer. “Well, that’s going to change. I need this university to recognize Native students and support Native students.”

She did both. Commanda founded the Native Student Association and organized the first powwow on campus. Ten years later, she became the founding director of what is now the Mashkawazìwogamig Indigenous Resource Centre.

“We need to be visible; that’s so important,” Commanda says. “We are people. We are students. We need to be recognized. We need to have a student association just like any other student body.”

After Commanda graduated with a bachelor of arts and later made her way through Ottawa U’s law school, she devoted her career to carving a path for Indigenous students to succeed. That work continues today: In July, she was named chancellor of the University of Ottawa, becoming the first Indigenous person to hold the role.

With it, she brings the political will, activism and traditional knowledge she has carried with her since she walked on the campus as an undergraduate student.

Lessons from her Elders

Commanda describes her grandfather William Commanda, a late Algonquin Elder and leader, as a man of stillness who could “really move mountains.”

When Claudette Commanda, an Elder from Kitigan Zibi, was an undergraduate student, she wasn’t shy about asking what programs and services the University of Ottawa had for Indigenous students.

“He could really move people, people moved for him,” Commanda says. “I knew him as a chief, and man was he radical.”

He taught her about pre-contact history, the great Chiefs and the atrocities of colonization.These histories of Turtle Island informed the radical Indigenous politics needed to confront the brutalities of colonial Canada, embodied by Indian agents, RCMP and missionaries, says Commanda.

“He always told me: ‘You let no one push you around and you let no one tell you this is not your land,” she recalls.

In one story Commanda tells about her grandfather, she asked for advice about attending law school. She brought tobacco and then waited and waited for his response, a lesson in patience.

An hour later, he came back and told her to go to law school — to learn the legal language of Canada and use it as a tool for change.

These were instrumental teachings that helped Commanda play a leadership role on campus as a student, as a lawyer and law professor, as a band councillor for Kitigan Zibi and now as chancellor.

Her maternal grandfather, Patrick Chausse, was a medicine man. He died when Commanda was still a child, but he had already passed on knowledge about spiritual and Earth medicines. From him, she learned the importance of love, healing and spirituality.

“I’m thankful the Creator blessed me with these wise men in my life,” she says.

Welcoming into the circle

Commanda sees her role as chancellor as her opportunity to welcome the university into a circle.

“It means you’re going to sit with me and you’re going to listen and I’m going to teach you,” Commanda says. “And then you walk out with a renewed understanding of who First Nations people are.”

It’s an experience, Jennifer Quaid — who served with Commanda on the University of Ottawa’s board of governors throughout the pandemic — knows well.

During that time, Quaid was undergoing chemotherapy for breast cancer and kept her camera off during virtual board meetings because she had lost her hair.

Quaid messaged Commanda to apologize for being off-camera and shared her diagnosis.

“Immediately, her concern was for me, for my well-being,” Quaid says.

Almost a year later, Quaid went to an opening ceremony that included smudge and a ceremonial fire. Commanda spotted Quaid and drew her into the inner circle for healing.

“That sense of caring and community — I was really touched,” Quaid says. “I have a special place in my heart for Elder Commanda.”

It’s that generosity and kindness that will mark Commanda’s approach to the chancellorship.

“The first thing I plan to do is welcome everyone,” she says.

If the Pope’s visit was the first step, what comes next for the Catholic Church?