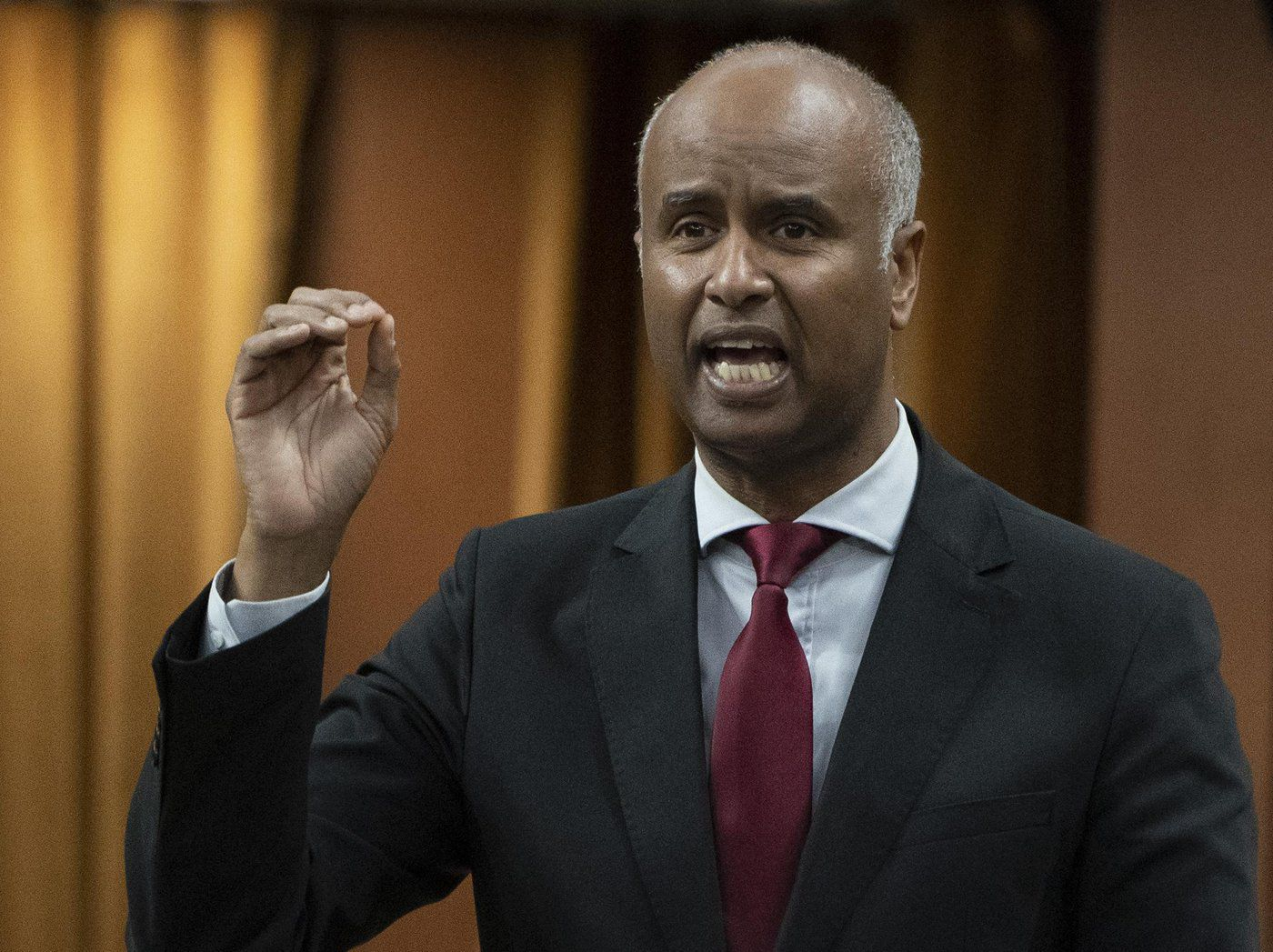 The federal diversity minister says he's taking action over "disturbing" tweets by a senior consultant on an anti-racism project that received $133,000 from his department.

Ahmed Hussen has asked Canadian Heritage to “look closely at the situation" after what he called “unacceptable behaviour” by Laith Marouf, a senior consultant involved in the government-funded project to combat racism in broadcasting.

Marouf’s Twitter account is private but a screenshot posted online shows a number of tweets with his photo and name.

One tweet said: “You know all those loud mouthed bags of human feces, aka the Jewish White Supremacists; when we liberate Palestine and they have to go back to where they come from, they will return to being low voiced bitches of thier (sic) Christian/Secular White Supremacist Masters.”

Marouf declined requests for comment, but when asked about the tweet, a lawyer acting for Marouf asked for his client’s tweets to be quoted “verbatim” and distinguished between Marouf’s “clear reference to ‘Jewish white supremacists,’” and Jews or Jewish people in general.

Marouf does not harbour “any animus toward the Jewish faith as a collective group,” lawyer Stephen Ellis said in an email.

Marouf is listed as a senior consultant on CMAC’s website and is quoted saying that CMAC is “excited to launch” the “Building an Anti-Racism Strategy for Canadian Broadcasting: Conversation & Convergence Initiative” with funding support from Heritage’s anti-racism action program.

He expressed gratitude to “Canadian Heritage for their partnership and trust imposed on us," saying that CMAC commits to "ensuring the successful and responsible execution of the project."

Hussen, who is based in the Heritage Department, said in a statement: “We condemn this unacceptable behaviour by an individual working in an organization dedicated to fighting racism and discrimination.”

“Our position is clear — antisemitism and any form of hate have no place in Canada. That is why I have asked Canadian Heritage to look closely at the situation involving disturbing comments made by the individual in question. We will address this with the organization accordingly, as this clearly goes against our government’s values,” Hussen added.

CMAC did not respond to a request for comment.

Irwin Cotler, a former Liberal justice minister who was appointed as Canada's special envoy on antisemitism by Prime Minister Justin Trudeau, said Marouf's tweet referring to "loud mouthed bags of human feces" was “beyond the pale.”

Cotler said he plans to speak to officials working in the Heritage department on combating racism about the issue.

Shimon Koffler Fogel, president and CEO of the Centre for Israel and Jewish Affairs, said Canadians "should be appalled" by his tweets.

“Canadian Heritage must review its oversight policies to ensure Canadian taxpayer dollars are provided to groups committed to cherished Canadian values and to combating racism, hate, and discrimination,” he said.

This report by The Canadian Press was first published Aug. 19, 2022.