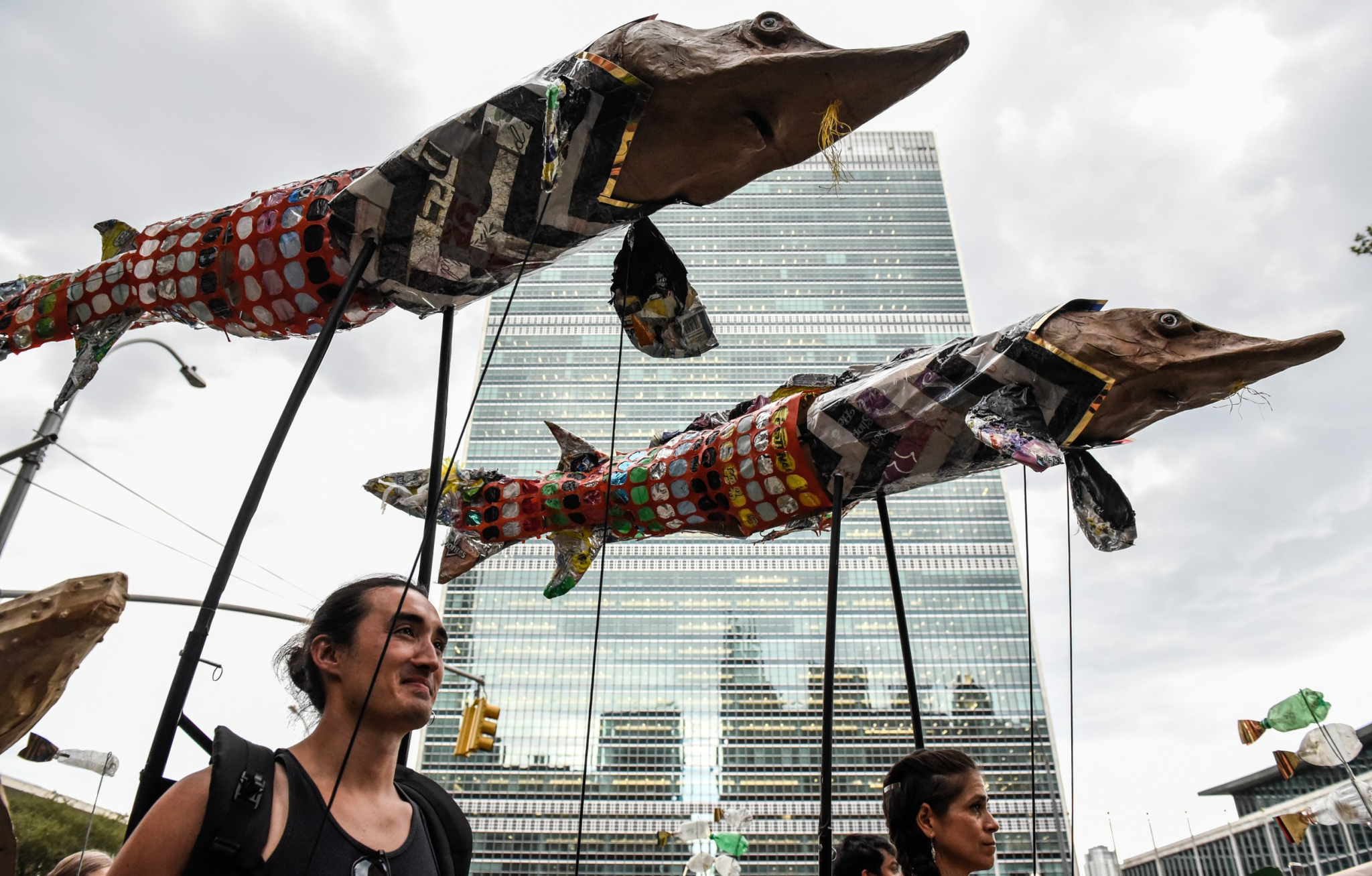 After a sluggish first week, activists took to the streets of New York City to push delegates negotiating a United Nations high seas treaty to act with urgency.

The “high seas” — waters that aren’t managed by a nation — account for roughly two-thirds of the world's oceans. The vast majority are unprotected. A UN high seas treaty would be the first legally binding conservation framework for these waters, and would enable protection from overfishing, industry, resource extraction — like deep sea mining — and other activities. The treaty is key if the world is to protect 30 per cent of oceans by 2030, something more than 100 countries, including Canada, have called for.

But so far, progress has been slow. One of the stickiest issues in the UN negotiations is around marine genetic resources, John Hocevar, Greenpeace USA’s oceans team leader, told Canada’s National Observer.

Countries in the Global South feel that if, for example, a pharmaceutical company develops a vaccine by extracting genetic material from organisms on the seafloor, those benefits should be shared. This position is not shared by countries from the Global North and “has the potential to be a deal-breaker, which would be a tragedy,” said Hocevar.

Canada is one of 49 countries to commit at the highest political level to deliver an ambitious treaty in 2022. But if an agreement is not reached by Aug. 26, there will be no treaty by the end of the year.

On Thursday, activists “marched for the oceans” with Greenpeace USA outside the UN headquarters and decried delegates’ “lack of political will” for slowing things down.

“In Mauritius, we’re already feeling the impacts of the ocean crisis,” Shaama Sandooyea, an activist who spoke at the rally, said in a Greenpeace press release.

“The negotiations are not moving fast enough and we need action now. Delegates are not recognizing the urgency of the situation, and are spending hours debating minor points that were put to bed decades ago. They’re failing me, the communities on islands and future generations.”

One of the obvious culprits in the negotiations is Russia, Susanna Fuller, vice-president of operations and projects at Oceans North, told Canada’s National Observer.

“They're not really into this whole thing,” she said. “They never have been, and now it's very difficult for, you know, anybody to agree with Russia because of geopolitics.”

On Thursday, activists “marched for the oceans” with Greenpeace USA outside the UN headquarters and decried delegates’ “lack of political will” for stalling negotiations on a high seas treaty

Iceland, along with Russia, doesn't want fisheries to be included in the final treaty, so it can maintain control over high seas fisheries, said Fuller. But, she said, the whole reason for the treaty is that with these fisheries, governments and regimes have not succeeded in protecting biodiversity.

On the other hand, many Pacific Island states are pushing hard for a strong agreement. Canada, the U.S. and the European Union occupy a middle ground with their varying opinions, said Fuller, noting Canada is particularly strong on measures like marine protected areas.

Fuller hopes the second week of negotiations will yield better results as delegates get their footing.

Canada’s delegation is headed by Global Affairs officials, with representatives from Environment and Climate Change Canada, Fisheries and Oceans Canada and the Inuit Circumpolar Council.

Oceans are a key line of defence against climate change because they absorb carbon dioxide. The ocean has taken up more than 90 per cent of excess heat, according to the United Nation’s latest ocean data.

The better the health of our oceans, the better they can remove and store carbon dioxide, so we must rebuild marine populations and biodiversity to increase the resiliency of our oceans, Greenpeace USA’s Hocevar told Canada’s National Observer.

“Failure really doesn't seem to be an option,” said Hocevar. “Our oceans are in so much trouble, and this is the best chance that we have had in a generation to protect over half of the world's oceans.”

Based on the pace of negotiations, Fuller is skeptical that there will be a treaty by the end of next week.