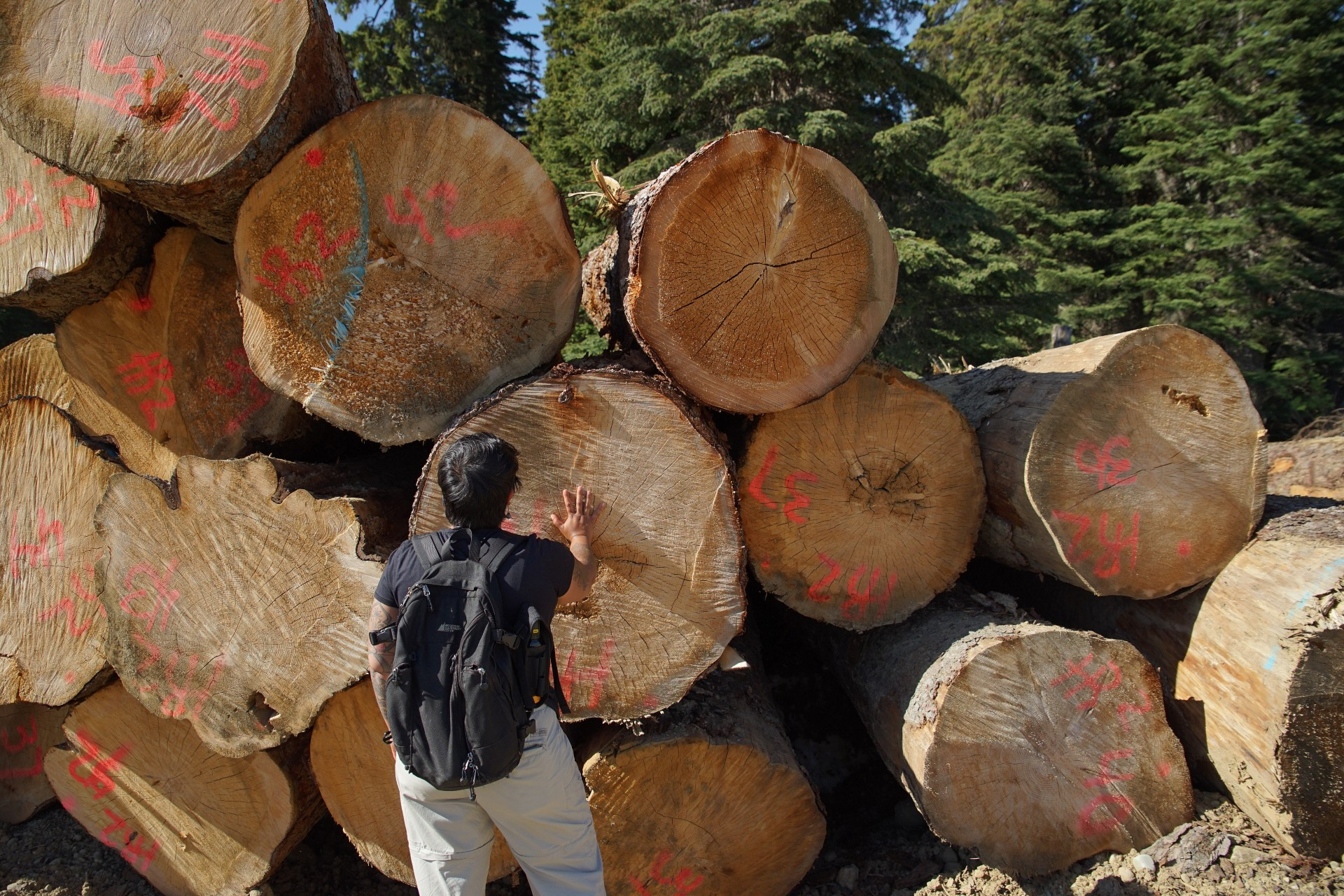 B.C.’s old-growth forests are still in jeopardy despite the province’s pledge to work with Indigenous nations to temporarily ban logging in specific areas, a new report by Stand.earth finds.

More than 55,000 hectares of B.C.’s proposed old-growth deferrals are still at “extreme risk” of being logged, Stand.earth’s spatial analysis revealed. Satellite imagery analysis shows some deferrals have already been destroyed or are in the process of being clear-cut.

“The bottom line is that the province is not actually stopping the logging industry from harvesting old-growth over the short term,” Angeline Robertson, author of the report, said at a Zoom press conference on Tuesday.

Last November, the provincial government acknowledged 2.6 million hectares — 226 times the area of Vancouver — of old-growth forest are at high risk of irreversible diversity loss and must be deferred from logging while First Nations and the province develop a new approach for forest management.

“Government has always been clear that we will respect their decisions and will not be imposing deferrals unilaterally. Logging will proceed on their territories,” Conroy’s statement reads.

The province hasn’t offered First Nations compensation for deferring logging on their territories, which leaves communities to either forgo a critical revenue stream or protect the forests at great economic cost.

Released Aug. 30, the report overlays the 2.6 million hectares of proposed deferrals with active and pending cutting permits issued to the forestry and oil and gas sectors to determine which areas are at immediate risk.

Similar to Stand.earth’s analysis, the province previously said roughly 50,000 hectares of proposed deferrals overlap with previously approved cutting permits and that “many forestry companies have indicated to the Province that they will not proceed with harvesting these areas while discussions with First Nations are ongoing.”

This has not been the experience of some First Nations. In the Stand.earth press release, Chief James Hobart of Spuzzum First Nation said the province assured his Nation last summer there would be no logging activity in their forests.

More than 55,000 hectares of B.C.’s most at-risk old-growth forests are still in jeopardy despite the province’s pledge to work with Indigenous nations to temporarily ban logging in specific areas, a new report by @StandEarth finds.

“But when our community members witnessed loaded logging trucks coming down Spuzzum Main, we were told compliance was voluntary,” Hobart said.

The province says deferrals have been implemented on 1.7 million hectares of old-growth, but Stand.earth noted the government didn’t specify whether those deferrals are protecting areas that would have otherwise been logged. The province also didn’t disclose what type of old-growth is encompassed in the deferrals. Steep slope forests at high elevation have less value to the forestry industry, whereas big-treed valley bottoms and easily accessible old-growth are highly sought after, the report said.

As a previous Stand.earth report found, a handful of private companies present the bulk of the threat to these forests.

Canfor alone represents a bigger risk to old-growth forests than all 127 First Nations-owned logging companies combined, according to that report. West Fraser and Sinclar Group are the second- and third-biggest threats, respectively, and TransCanada ranks fourth thanks to its clear-cutting to make way for the Prince Rupert Gas Transmission Line and the Coastal GasLink project.

“While the provincial officials promote their supposed achievements, we are watching more old-growth be destroyed forever,” Kukpi7 Judy Wilson, secretary-treasurer of the Union of British Columbia Indian Chiefs, said at the press conference.

Conroy’s statement said only 0.3 per cent of the 2.6 million hectares of proposed deferrals have been harvested since engagements with First Nations began last November.

This destruction affects nations, the environment and future generations for decades to come, said Wilson.

“Old-growth logging has caused floods, mudslides and destruction of our land in our territories, and it has made wildfires worse. These disasters disproportionately impact First Nations, who have been forced to evacuate,” she said.

“It's very important for those ancient forest canopies to remain intact because of the ecological value they have,” Wilson added, emphasizing the role forests play in mitigating the climate crisis.

Back in 2020, the province promised to implement 14 recommendations from an independent old-growth strategic review. Stand.earth says that to date, none of the recommendations have come to fruition.

The province disagreed, saying that it fulfilled recommendation five by releasing the findings and analysis of the independent Old Growth Technical Advisory Panel, including detailed maps of old growth across B.C. based on the latest information available.

At the press conference, Hobart said the province needs to follow through and commit to the 14 recommendations, the most straightforward of which is to temporarily ban logging in the most rare and at-risk old-growth forests.

“You can make excuses or you can make a difference about this. But you can't do both,” Hobart said at the press conference.

With the B.C. NDP’s leadership race underway, he wonders whether the next premier will deliver on old-growth promises or stand by and let industry have its way.

This article has been updated to include response from the provincial government, received after deadline.

I typically vote NDP, but I

I typically vote NDP, but I've gotten really annoyed at the way they handle environmental issues and climate change, and their general timidity in challenging the status quo. I have joined the BC NDP mainly to vote for Anjali Appadurai. Even if she doesn't win, enough votes for her might send a message.