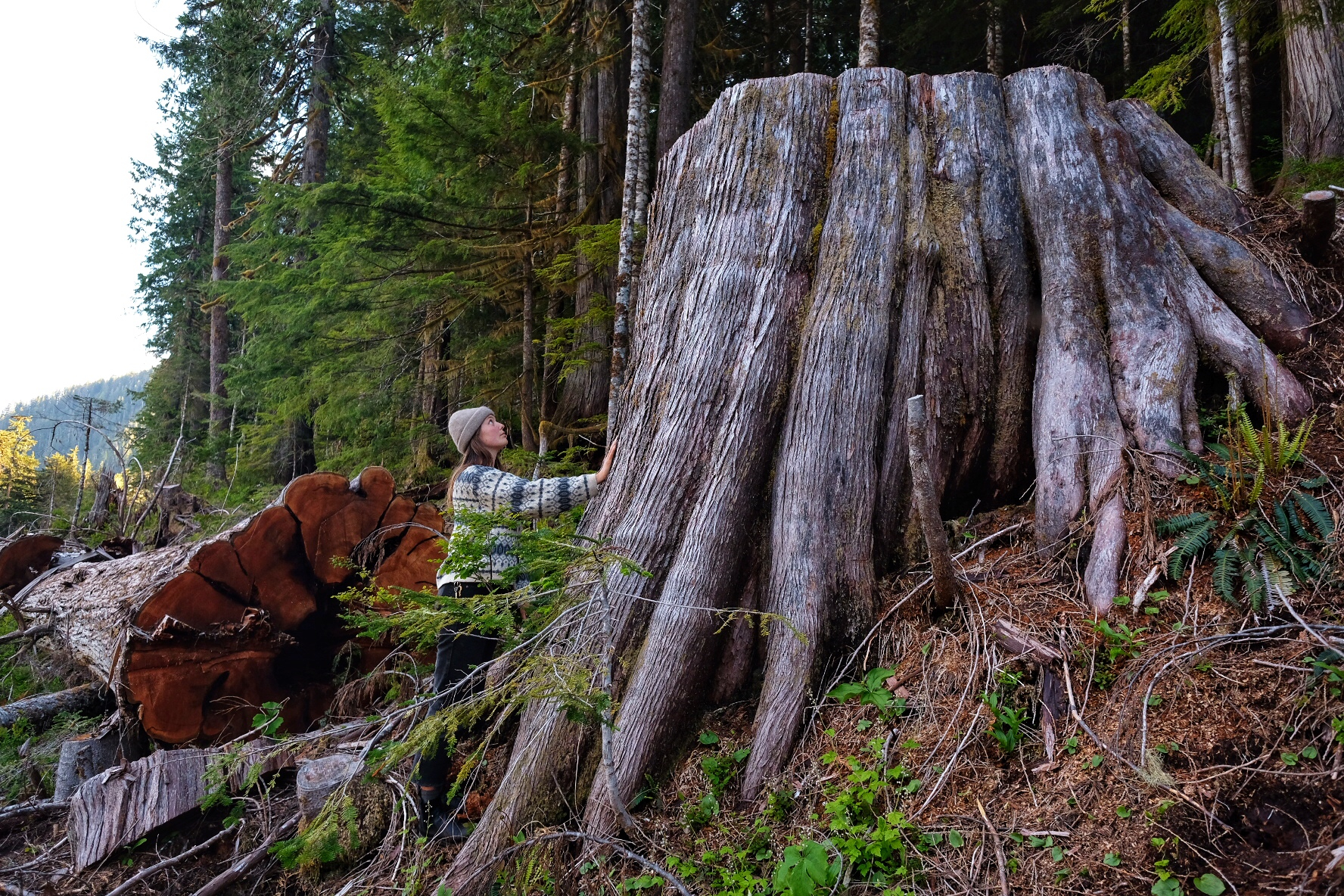 Five big timber companies hold the future of nearly half of British Columbia’s at-risk old-growth forests in their hands, according to a new report.

Despite promises from the provincial government, these ancient forests are still at risk of being logged. In its report, released March 8, the Stand.earth Research Group determines which companies are threatening at-risk old-growth forests in areas where the province has largely failed to implement timely logging deferrals.

“Unlike the B.C. government's messaging, these forests are not yet protected,” said Tegan Hansen, a forest campaigner with climate group Stand.earth. “Very, very little is actually deferred.”

Canfor alone poses more of a threat to old-growth trees than all 127 First Nations-owned logging companies combined, with an estimated risk of 14 per cent compared to 12 per cent.

“By mapping [these areas] and stating their intention to stop harvest, but failing to actually defer them, the B.C. government has essentially advertised to timber companies — that are probably not acting in good faith because they stand to profit from these trees — ‘Come log while you can,’” said Hansen.

In November, the provincial government acknowledged 2.6 million hectares of old-growth forest are at high risk of irreversible diversity loss and must be immediately deferred from logging. Deferrals are temporary legal measures to ban logging in specific areas for two years.

After its announcement, the province halted B.C. Timber Sales auctions in areas overlapping with the 2.6 million hectares identified as high risk and gave First Nations a month to decide if they supported deferrals or not. Hansen said that is not a formal deferral, and over two million hectares are still open to logging.

Five big timber companies hold the future of nearly half of British Columbia’s at-risk old-growth forests in their hands, according to a new report by @standearth. #oldgrowth #cdnpoli #FairyCreek

Until the provincial government implements deferrals, companies can continue to log and request permits in these areas.

“These big five companies have so much control of the landscape in B.C., and also a huge amount of influence with this government,” said Hansen.

“It’s not an equitable landscape when you think of who is actually standing to profit from the system as it currently exists.”

The province has committed to addressing the power imbalance in the forestry industry and in October introduced a bill to amend the Forest and Range Practices Act so that forestry legislation is aligned with the Declaration on the Rights of Indigenous Peoples Act.

“We want to see this government really commit and follow through to doing things in a better way … but you can't have a paradigm shift with the backdrop of logging continuing as usual while conversations happen without a timeline,” said Hansen.

Stand.earth’s report comes just over a week after the United Nations Intergovernmental Panel on Climate Change warned that “unavoidable” impacts of climate change will plague humans over the next two decades.

“When you see the IPCC report, and then you also see the failure of the B.C. government to follow through on their promise to protect these forests, what really stirs in me is a fear that we're going to see more atmospheric rivers, we're going to see more heat domes, but we're not going to have the reliance on forests to help protect us from those impacts,” said Hansen.

“Temperate rainforests on the coast and the interior of British Columbia store more carbon than just about any other forest type on the planet … they're also some of the most biodiverse places in the world,” Hansen added. “Protecting them is one of the most effective things that we can do in B.C. to contribute to mitigating climate catastrophe.”

Right now, it is unclear when the government will implement deferrals, said Hansen.

In a statement, the B.C. Ministry of Forests, Lands, Natural Resource Operations and Rural Development told Canada’s National Observer it will provide a progress update on old-growth deferrals in the coming weeks.

“Many First Nations have requested more time to incorporate local knowledge and Indigenous values,” the statement reads. “Government will not be implementing deferrals unilaterally as requested by Stand.earth.”

The province’s most recent update says: “Many forestry companies have indicated to the Province that they will not proceed with harvesting these areas while discussions with First Nations are ongoing.”

Deep-sea mining could begin next year. Here’s why ocean experts are calling for a moratorium.

Alarmism and misinformation is probably detrimental to preserving more old growth timber in BC.

The artificial and its veeeeeeeeery biased references are alarmist: they portray OG as in imminent threat of being logged. As it happens there is a heavily regulated public process for acquiring cutting permits, AND Allowable Annual Cut (AAC) which cannot be exceeded. That is, even business as usual moves too slowly to threaten the implied demise of all OG anytime soon. Put another way, there’s plenty of time to do deferrals thoughtfully—the compromise position where some of the remaining OG is devoted to cushioning the transition to second-growth logging (which is already well underway) so that tens of thousands of direct jobs, hundreds of thousands of indirect jobs and businesses, and billions in public revenues are not suddenly taken away. It’s actually good news that politicians are mediating this transition and not either “side” of the logging issue.

Again, again, again—I must say again: preserving OG is NOT a contribution to “mitigating climate catastrophe”: while it’s true that some OG stores a lot of CO2, its capacity to do so is topped-out and, indeed, many OG stands are net emitters of CO2 due to decay typical in old trees. Trees are net absorbers of atmospheric CO2 when they’re growing, but they only grow so big—then they’re full as they can get. They can’t absorb more CO2. Therefore, preserving OG does NOT contribute to mitigating CO2 pollution.

Much ink has been splashed about attempting to refute this simple fact: regenerated forests are net absorbers of CO2, OG forests are net emitters of CO2. I guess because forest companies defend their industry with this fact, their opponents think it isn’t one.

Almost no ink has been spilled about another simple fact: all the forests in the world, even if they were all growing and absorbing CO2, cannot absorb as much CO2 as the combined human (cars, domestic cooking and heating, industry and electricity generation) and natural sources (wildfires and wood decay) of CO2 put into the atmosphere.

And again—: there are plenty of good reasons to preserve more old-growth forests, but neither CO2 sequestration nor climate change are one of those.

Finally: no, timber companies do not and will not decide “the fate” of BC’s OG forests. By far, most of their charts are on Crown land.