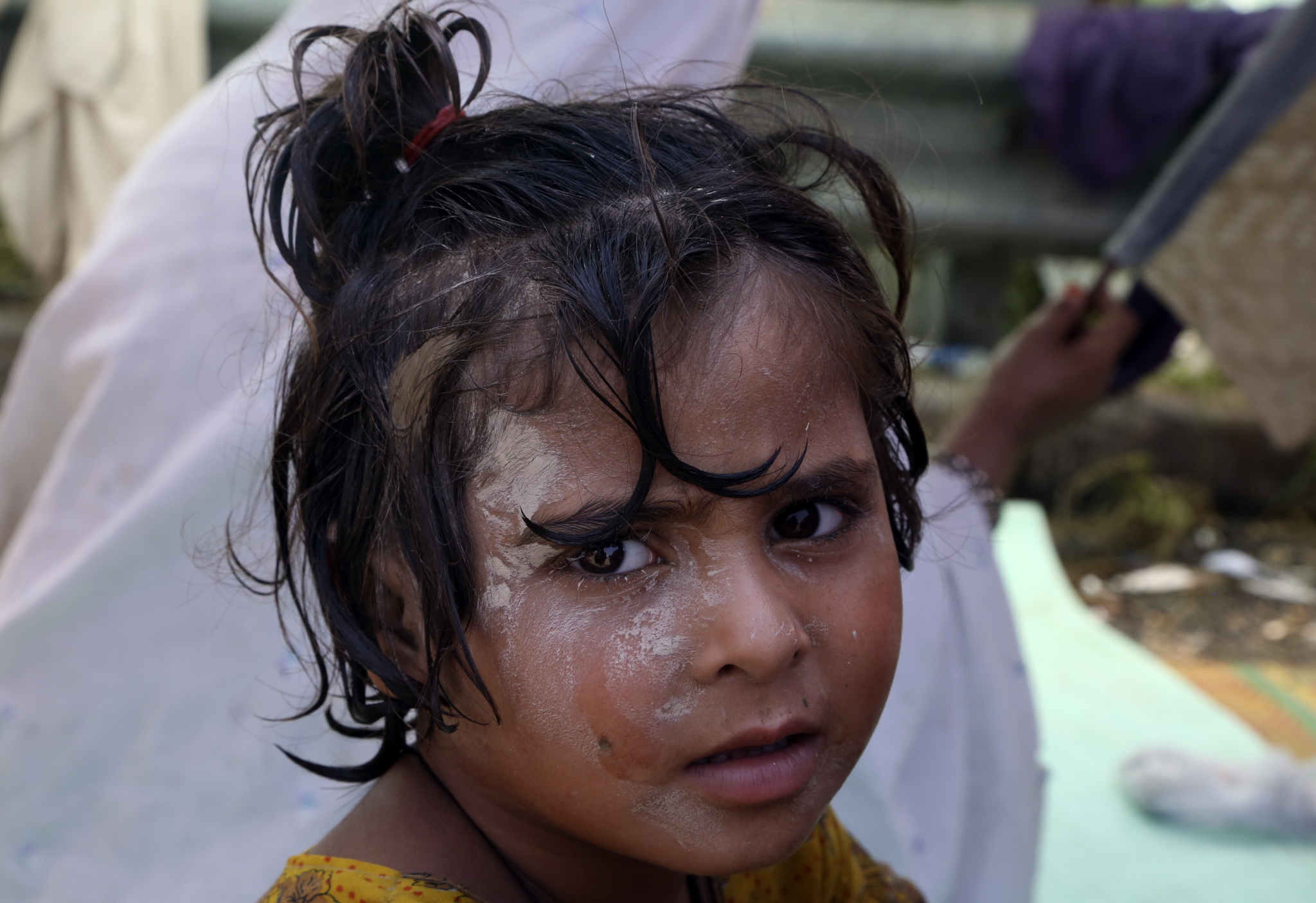 A girl poses for a photograph near her flood-hit home in Charsadda, Pakistan on Wednesday, Aug. 31, 2022. (AP Photo/Mohammad Sajjad)
Previous story

A “monsoon on steroids” driven by climate change that has killed over 1,100 people in Pakistan has prompted Canada to step up with some measure of help.

Canada announced Monday it was chipping in $5 million.

“Canada will be there to support the people of Pakistan in the days and weeks ahead as they respond to these devastating floods,” said International Development Minister Harjit Sajjan in a statement. “This is part of our initial response to support the emergency humanitarian needs, and we will continue to look at ways we can support those affected during these difficult times.”

Experts tell Canada’s National Observer that the contribution is welcome, but far from enough. In an open letter published Tuesday, the International Development and Relief Foundation (IDRF), a non-profit based in Toronto, called on Canada to step up with 10 times more aid than it announced this week.

“In 2010, our team not only provided immediate emergency relief to flood victims in many regions of Pakistan but also rebuilt over 1,000 homes, which still stand today,” the letter reads. “Similar to 2010, we are asking the Government of Canada to establish a Pakistan Relief Fund of $50M in support of continued humanitarian response providing both immediate emergency kits and long-term rehabilitation.”

IDRF CEO Mahmood Qasim said about $33 million was raised through Canada’s matching relief fund in response to Pakistan’s 2010 floods, which is why the group is now asking for far more than the $5 million announced by Canada this week.

“Pakistan is largely being affected by climate change, but they're not largely responsible for it,” Qasim said.

Specifically, Pakistan has emitted less than one per cent of the world’s emissions but is in the top 20 most-vulnerable countries.

“There are certain marginalized communities that do get forgotten and we need to put that aside and look at this as a crisis of humanity, and people regardless of race, religion and colour are suffering and they have to be supported,” Qasim said.

In addition to the death toll, the flooding has left more than a third of Pakistan underwater, and has impacted about 33 million people, leaving hundreds of thousands homeless — and the problems are only just getting started.

“Pakistan is largely being affected by climate change, but they're not largely responsible for it."

Since mid-June, Pakistan has seen nearly three times as much rain as usual. That, combined with a heat wave melting glaciers, led to massive flooding. By Aug. 25, Pakistan declared a national emergency and is estimating the losses total US$10 billion. Now the country is dealing with food shortages, waterborne diseases, and crop failure.

“The Pakistani people are facing a monsoon on steroids — the relentless impact of epochal levels of rain and flooding,” said UN Secretary-General António Guterres in a statement Tuesday. “Millions are homeless, schools and health facilities have been destroyed, livelihoods are shattered, critical infrastructure wiped out, and people’s hopes and dreams have washed away.

“As we continue to see more and more extreme weather events around the world, it is outrageous that climate action is being put on the back burner as global emissions of greenhouse gases are still rising, putting all of us — everywhere — in growing danger.”

Qasim recently saw the destruction first-hand. He returned to Canada last week after two weeks in Pakistan visiting affected sites and speaking with those impacted. He said he saw “large-scale devastation,” with infrastructure and homes completely destroyed and locals describing “10-foot waves of water just coming right through.”

This extreme weather took “all of their belongings, their livestock [and damaged] their farms,” he said. One farmer he spoke with said he hadn’t worked in eight weeks because flooding ruined the cotton fields he worked in.

“They earn around 300 rupees per day, $1.50 Canadian, and not having those daily wages [means] they're not able to even feed their children,” Qasim said.

“The funding Canada has provided in climate financing is completely inadequate for these kinds of events that are happening more frequently and where the severity is increasing so rapidly,” he said.

“We heard from Minister [Steven] Guilbeault that he wants to discuss responses to losses and damages as an issue of international solidarity. Well, maybe this is the time to prove that he's ready to put some meat to the bone.”

Loss and damages refers to a hotly debated issue in climate diplomacy. In international climate finance, there are three big conversations underway. One is adaptation money to help countries brace for dangers already locked in by climate change, and another is mitigation financing to help bring down planet-warming greenhouse gas emissions by investing in things like solar power to displace coal. The third is loss and damage financing to pay for damage caused by climate change, such as wildfires or floods, that could destroy everything from physical infrastructure to the value of crops.

Rich countries have been reluctant to compensate developing countries for damages fearing it could expose them to endless liabilities as the climate change era unfolds. But after the United States and the European Union squashed a plan to set up a compensation fund at last year’s climate conference in Scotland, this year, developing countries are aiming to make it a central issue at COP27 in Egypt. In fact, it is the G77, chaired by Pakistan this year, that is leading the charge along with China.

Pérez said Pakistan chairing the G77 and having to work hard to advance loss and damage negotiations while dealing with catastrophic flooding is a “symbol of how inadequate our efforts are.”

“It is symbolic of the fact that there is a lack of international leadership to address losses and damages, but it's also so symbolic of how in the context of so much disaster, we don't have the right infrastructure at the moment to support people when they go through these horrific events,” he said.