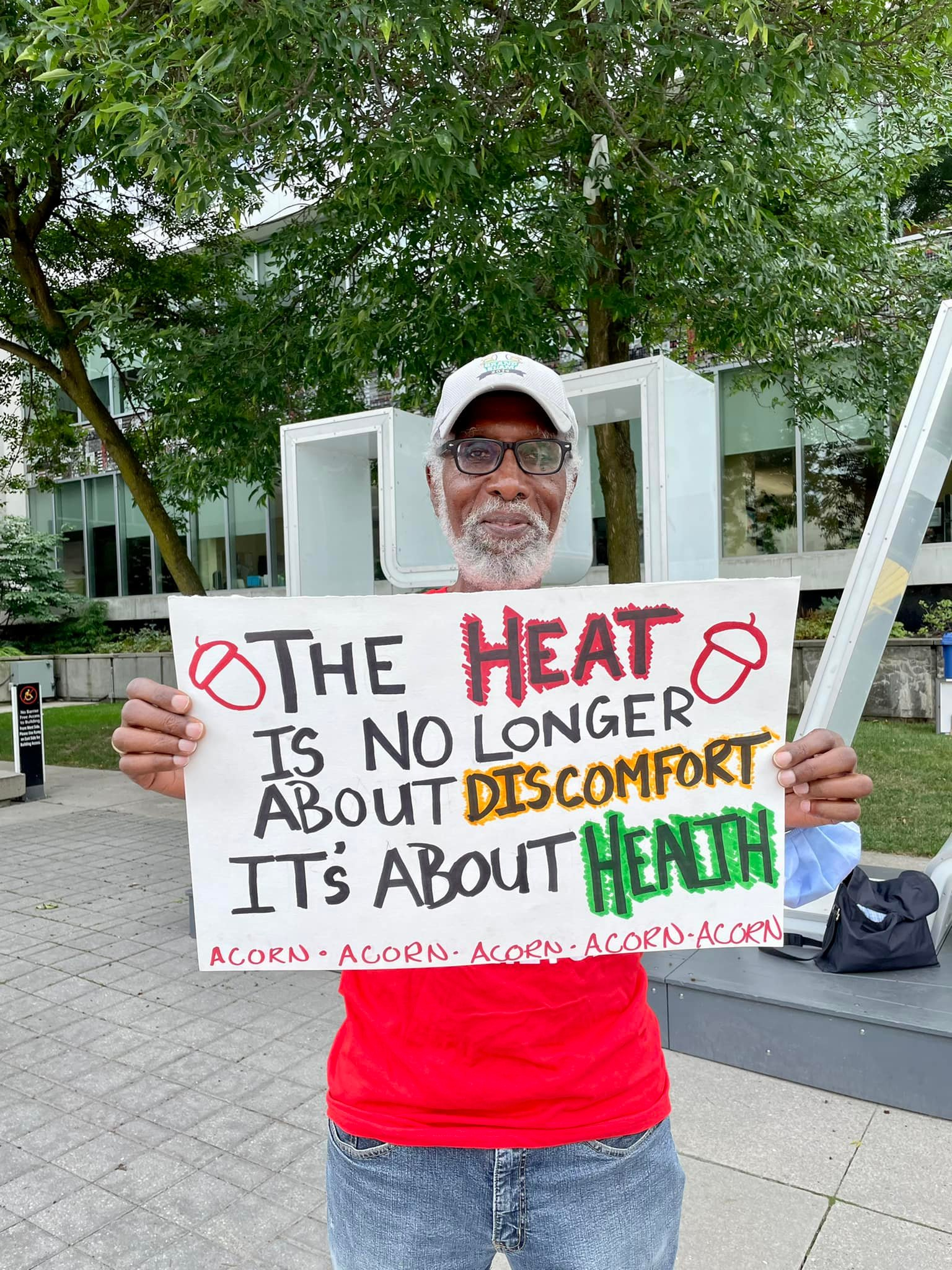 A Hamilton community organization is urging the city to adopt a bylaw to compel landlords to keep rental units below a maximum temperature after the Ontario government signalled its unwillingness to do so provincewide.

“For years, tenants have been raising the alarm on unsafe conditions in rental housing during the hot summer months,” the group said in an emailed statement.

“The climate crisis will mean heat events will continue to increase in intensity, duration and frequency. And it is well documented that those disproportionately affected by heat-related deaths and illness are seniors, people with disabilities, and low-income, racialized and tenant communities.”

The issue of unsafe temperatures has grown in prominence in recent years, as climate change brings hotter weather to parts of Canada where previously air conditioning was almost unheard of. As the mercury climbs, a movement is pushing to include air conditioning among vital services that must be provided in rental units, such as hot and cold water, heat and fuel.

Numerous media reports over the summer have documented instances of landlords ordering tenants to remove air-conditioning units, demanding extra payments to use them or threatening eviction.

Ontario’s Ministry of Municipal Affairs and Housing has posited it’s up to municipalities to set and enforce bylaws dictating property standards, including air conditioning.

But the Residential Tenancies Act is a provincial law that governs rentals across Ontario.

Jessica Bell, housing critic for Ontario’s official Opposition NDP, said municipalities and provinces have the authority to set and enforce a maximum temperature standard for rental homes “and the moral duty to do so.”

“Climate change is here,” said Bell via email. “Extreme heat waves are the new dangerous normal, and unhoused people and tenants living in apartments are being hit by the heat worst and first.”

Bell said some landlords threaten tenants with eviction for using air conditioning during heat waves, actions “designed to harass the rent-control-protected tenant into leaving the unit so the landlord can find a new tenant and increase the rent.”

“This is immoral,” she said.