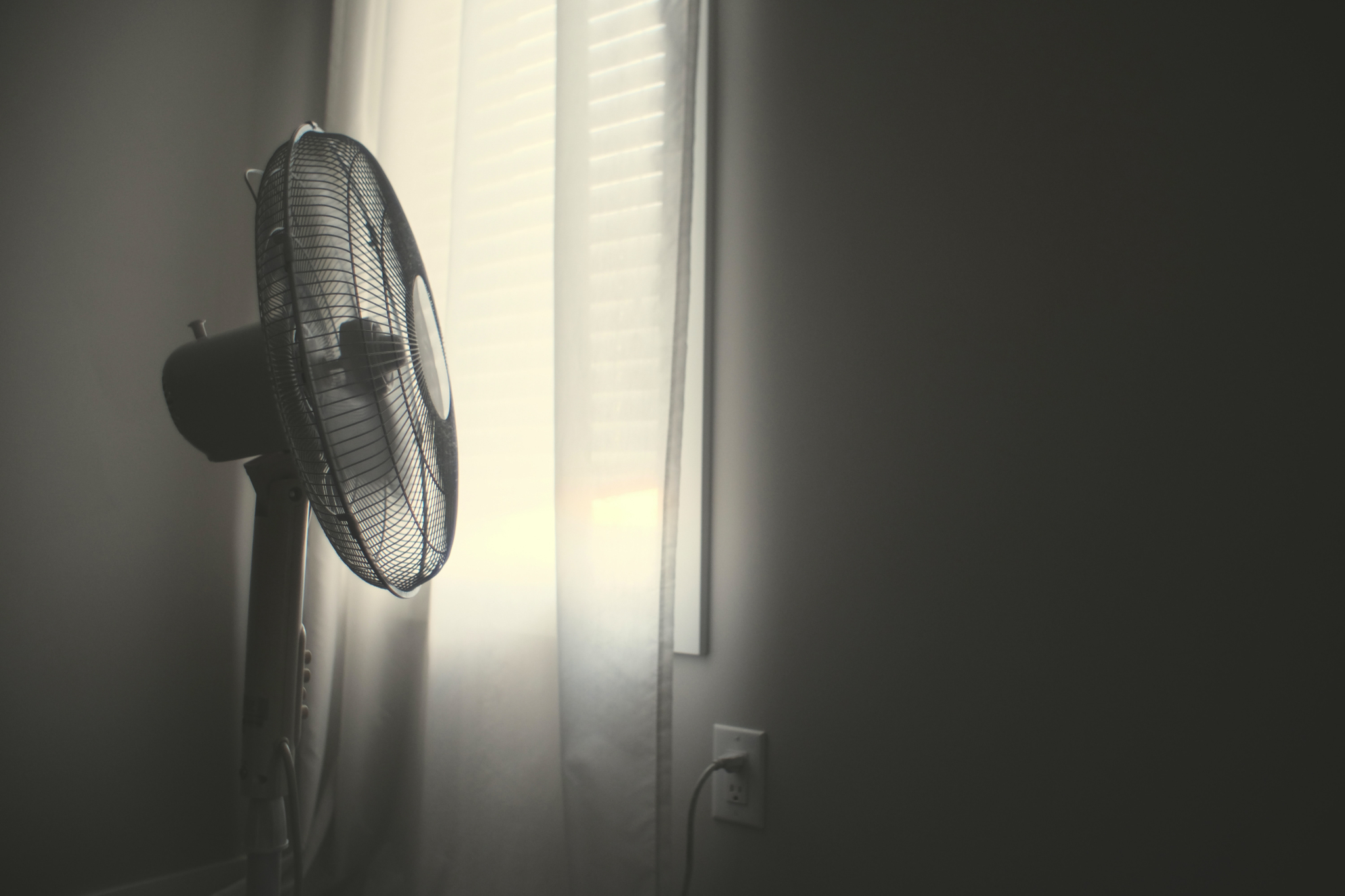 Tenants across Ontario are calling on the government to implement rules requiring indoor temperatures be kept below certain levels during hot summer months. Photo by Andrew George/Unsplash
Previous story

Every summer feels hotter than the last in Liz Scott’s two-bedroom apartment.

Even with fans going, the temperature routinely climbs to nearly 30 C for days on end. Scott, who is on disability, can’t afford to run an air conditioner in her home in a seven-storey apartment complex in Stoney Creek, Ont., east of Hamilton.

Scott shares the space with her husband, her sister and her brother-in-law. They have five fans — one each for the sweltering summer days, plus an extra.

Her sister has epilepsy and suffers from heat-triggered seizures.

“We have to watch when she gets too hot that she doesn’t have a seizure,” said Scott. “We have to have two fans on her sometimes.”

It’s too hot to cook in the summer, leaving her and her family with few options for meals.

Under the terms of her lease, Scott is responsible for paying the hydro bill on top of her $1,456 monthly rent payment. Last summer, she did run the air conditioning. For just one month, it cost $296.

The maximum monthly amount someone in Ontario can receive through the Ontario Disability Support Program (ODSP) is less than $1,200. (The province recently said it would raise ODSP amounts by five per cent, which equates to a maximum increase of $58).

“I really can’t afford to have AC in my apartment,” said Scott, whose rent is significantly lower than many other tenants’ in the building because she moved in five years ago, before Hamilton-area rents skyrocketed.

Liz Scott can't afford air conditioning in her sweltering two-bedroom apartment in Stoney Creek. She hopes the government will change the law to make landlords maintain a maximum temperature during the summer.

Scott gave away her two portable air conditioners, one to her mom, a senior even more at risk from the heat than her, and the other to her father-in-law. Both have hydro included in their rent — and landlords who threaten to charge extra or evict them if they use air conditioners.

That needs to change, said Scott, who is the local chair for the Association of Community Organizations for Reform Now, more commonly known by its acronym, ACORN. The organization is comprised of low- and moderate-income people working for social and economic justice and will launch a “Beat the Heat” campaign in Hamilton in September to focus on the issue of air conditioning accessibility.

“A landlord should have to have central air in the apartment, especially with the rent they want for these apartments,” said Scott. “There should be a maximum [allowable temperature] for heat for the summer.”

Scott’s sentiments echo that of the Ontario Human Rights Commission, which on Friday issued a statement warning landlords that denying air conditioning without making exceptions for those particularly vulnerable to extreme heat — people with disabilities and seniors, for example — is likely a human rights violation.

The commission was responding to ongoing media reports about landlords demanding extra payments for the use of air conditioning, threatening eviction or ordering cooling units be removed.

Ontario’s Residential Tenancies Act requires landlords to provide heat, hot and cold water, electricity and fuel, but does not include air conditioning. It should, according to the commission.

“Access to cooling during extreme heat waves is a human rights issue. As temperatures rise due to climate change, extreme heat waves have and will continue to disproportionately impact groups protected under Ontario’s Human Rights Code,” it noted.

Ontario’s Ministry of Municipal Affairs and Housing did not respond to a question about whether it would consider amending the law to require landlords to allow air conditioning but said it’s up to municipalities to establish and enforce bylaws for property standards, including air conditioning.

The Residential Tenancies Act, however, is a provincial law that sets out rights and responsibilities for landlords and tenants across Ontario.

The Ontario NDP, which forms the official Opposition, will table a motion next week calling on the government to establish maximum allowable temperatures for rental units.

Scott hopes it will become law.

“With this heat, climate change, it’s going to be hotter next year.”