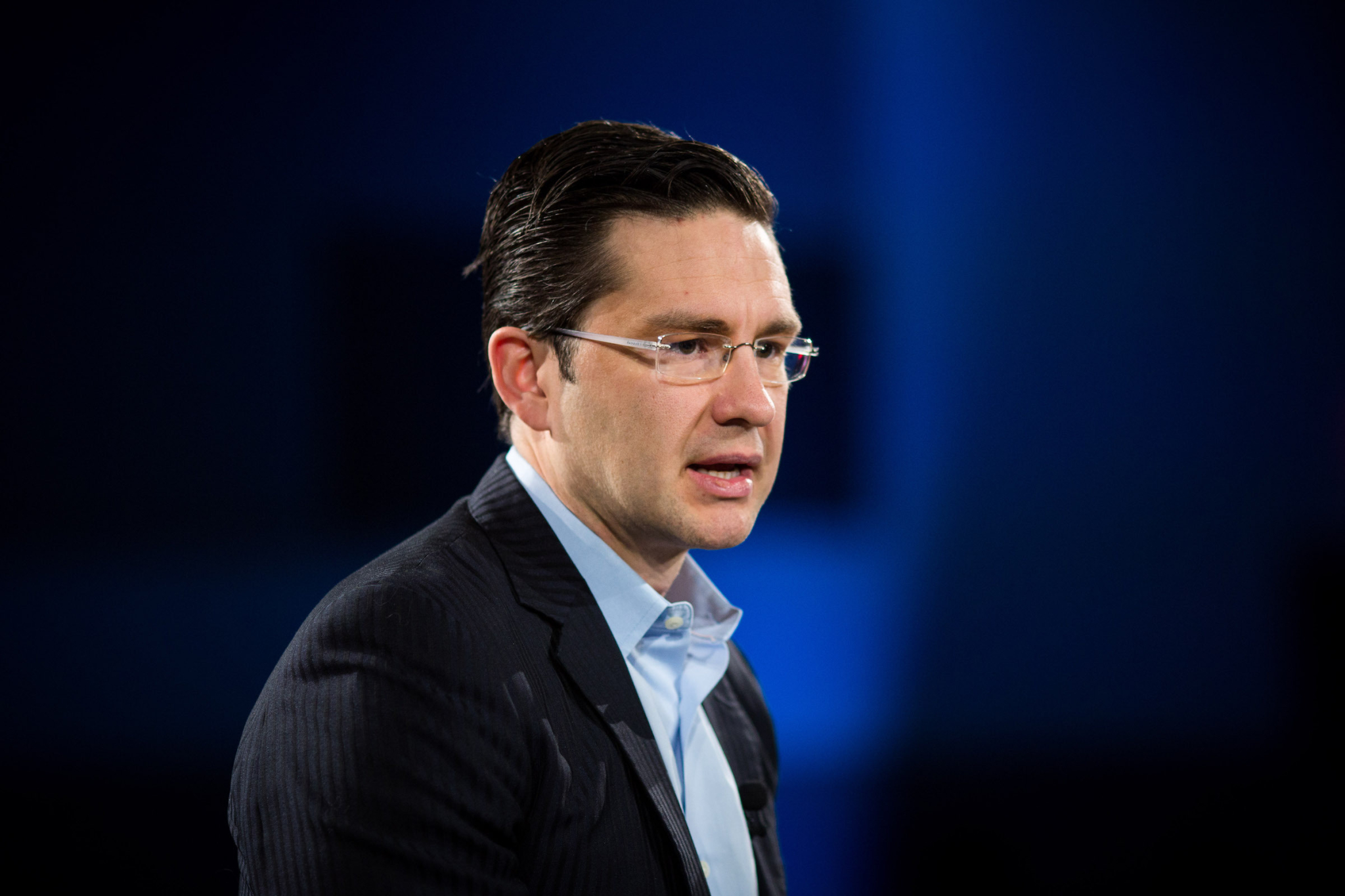 The Conservative Party of Canada will announce its new leader this Saturday and Carleton MP Pierre Poilievre is ahead in the polls. File photo by Alex Tétreault / Canada's National Observer
Previous story

The Conservative Party of Canada will name its new leader Saturday evening, and the results will have serious implications for all Canadians, Liberal and NDP MPs say.

“It has been a race with a lot of focusing on making the fears of our country bigger and not looking at progressive ways to help one another move along in this country,” NDP MP and party whip Rachel Blaney told Canada’s National Observer.

The winner will be named at Ottawa’s Shaw Centre, and although Carleton MP Pierre Poilievre is the front-runner based on recent polling, Blaney said, “You can never be sure until the final ballots are cast and counted.”

Of the candidates, Poilievre has the most MP endorsements, with 63 to Charest’s 16, according to their respective websites. In B.C., 10 of the province’s 13 Conservative MPs endorse Poilievre.

In an emailed statement to Canada’s National Observer, Charest’s campaign manager Chris Rougier said: “We knew we were up against a movement that had been building towards this moment long before Jean entered the race. We are feeling cautiously optimistic but agree, no matter the outcome, we need to move forward as a united Conservative Party to bring an end to Trudeau’s politics of division.”

In an interview, Liberal MP Hedy Fry told Canada’s National Observer that as far as she’s concerned, the race is still up in the air but expressed concern about the potential for Poilievre to take the helm of the Conservative Party.

The Vancouver Centre MP said Poilievre supporting the so-called “Freedom Convoy” and encouraging its revolutionary attitude and the sort of people looking at violence and overthrowing an elected government is troubling to her, both as an MP and a Canadian.

“How do you want to be a prime minister when you don't want to obey the rule of law?” she asked.

Poilievre did not respond to requests for comment by deadline.

“The signals from (@PierrePoilievre's) leadership race so far have not been encouraging in terms of that kind of stability and the kind of leader we're looking for in a democracy,” said Liberal MP @HedyFry about the #CPCLeadershipContest.

Poilievre’s adversarial style is nothing new in the House of Commons, but there is potential for the debate to devolve even further, which will undermine Canadians’ trust in parliamentarians and institutions, Fry said.

“They're just going to think that all we ever care about is not what is best for them and for the future of the country, but what's best for the political decision-makers,” said Fry. “And I think that is going to be quite devastating for the country and where we're heading.” If Poilievre does become leader of the party, Fry hopes he will change tack and “lead with a certain amount of dignity.”

“The signals from his leadership race so far have not been encouraging in terms of that kind of stability and the kind of leader we're looking for in a democracy,” she said.

Rather than working together to improve the lives of Canadians, Poilievre takes a confrontational stance focused on “getting a good hit,” said Blaney.

“What we keep hearing from him is that he cares, but he's actually not offering anything that is going to make a difference.”

Blaming the federal government for inflation — which, Blaney emphasized, is a worldwide issue — does nothing to help Canadians make ends meet. Poilievre has yet to stand up to industries and companies raking in excess profits while people struggle to put food on the table, she said.

Right now, Blaney says Canadians need leaders who will work together. She pointed to former premier of Saskatchewan and federal NDP leader Tommy Douglas working with former Liberal prime minister Lester B. Pearson to make Canada’s universal publicly funded health-care system a reality. Poilievre, on the other hand, is about fragmenting the country and separating people, said Blaney.

She said his “very close links” to parts of “the [Freedom] Convoy, which were really focused on white supremacy,” are a serious concern.

“We saw what happened when our neighbours had a leader that really connected closely to the right wing of the country.”

A July 7 statement from Poilievre’s campaign said he “has stated unequivocally that ‘any and all racism is evil and must be stopped.’”

No wonder trust in the media is at an all-time low.

One of Global News' so-called journalists decided to smear me & thousands of other Canadians because we criticized the federal government's unscientific & discriminatory vaccine mandates.

My campaign's response to this attack. pic.twitter.com/P1W4PTcswR

Anger is something that can be used or misused to promote action — it can be messy, but things get done and people can be mobilized and satisfied, Liberal MP Ken Hardie told Canada’s National Observer in an interview.

But, he warned, much of the anger we’re seeing is focused on individuals, not issues.

Hardie says he has also had to take extra measures to keep himself safe.

He is also of the mind that Canada needs a strong Conservative Party but is unsure what will come out in the wash.

“We have an individual who has been quite critical of people in his own caucus, and you wonder if, in fact, there's going to be a significant party left after this vote if Mr. Poilievre becomes the leader,” said Hardie.

Since former prime minister Stephen Harper’s resignation in 2015, the Conservative Party has seen two leaders come and go. Many Conservative MPs have hitched their wagon to Poilievre, and Hardie noted that any time a party changes leadership, there are all sorts of considerations that come into play.

Canada’s National Observer reached out to all 13 Conservative B.C. MPs for comment; only five replied. The office of MP Tako van Popta responded but declined to comment on his endorsement of Poilievre, as did a representative from MP Ed Fast’s office, who endorsed Charest.

A representative from MP Mark Strahl’s office responded with his March 7 statement of support for Poilievre, which declared the party needs a “principled leader” to make the case for conservatism in this country, “a champion who will stand up for our rights and freedoms and won’t back down from Justin Trudeau.”

Likewise, the office of MP Marc Dalton did not answer specific questions — Dalton entered the race but failed to come up with the required funds — but sent his June 2 statement of support for Lewis. In it, he praises Lewis’s principles, passion and vision for the country, adding she “amplifies” that the Conservative Party is a “modern political movement that embraces immigrants, people of colour and women.”

You have just one more day to join our team! https://t.co/rhe234oSXb pic.twitter.com/fHZVsQWVIv

The two B.C. MPs who endorse Charest are Frank Caputo and Ed Fast. In a statement posted to Facebook on March 18, Fast wrote that Charest is the “mature and experienced leader” needed to unite the party and country.

Green MP Elizabeth May declined to comment until after the results of the leadership race are announced.