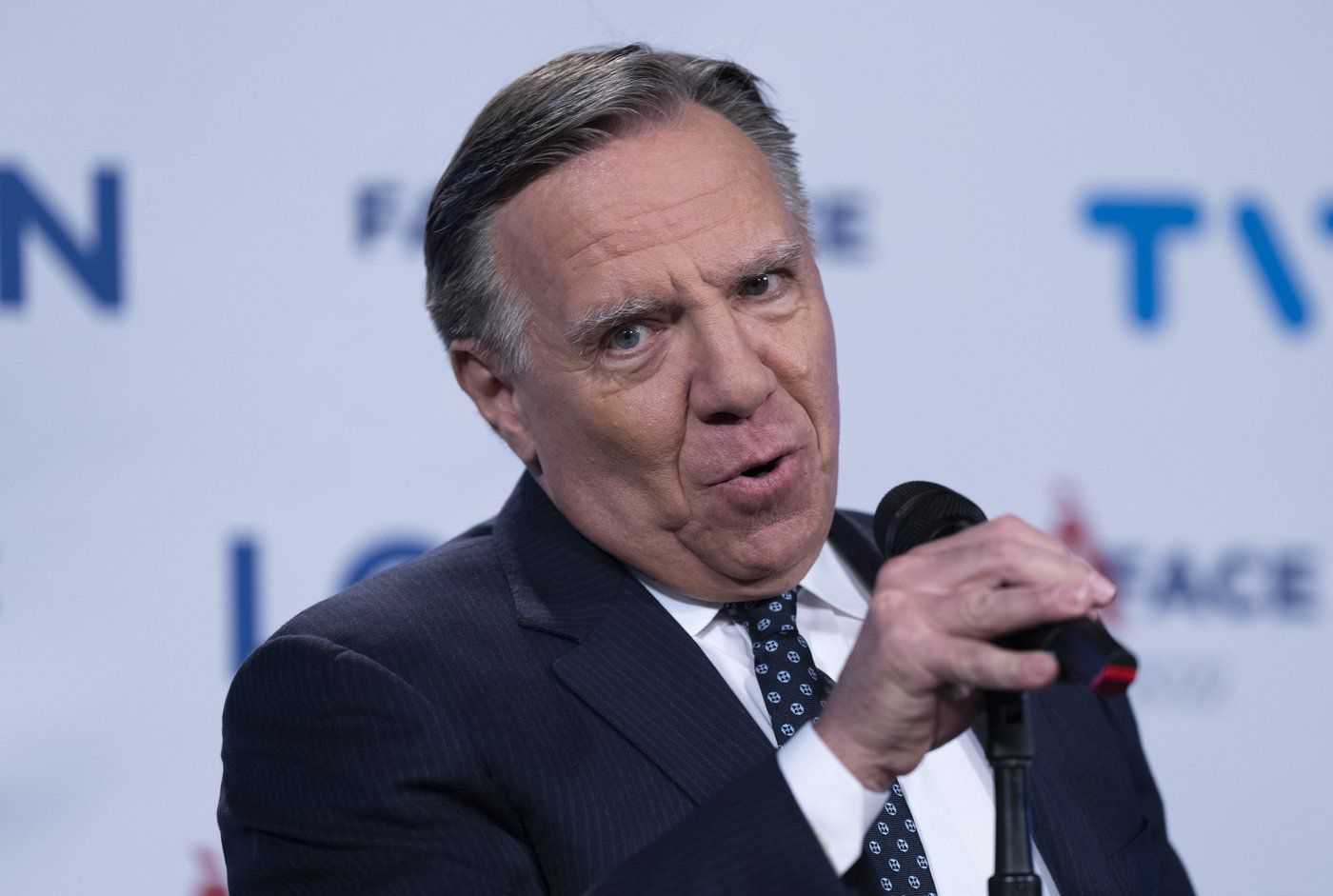 Coalition Avenir Québec Leader François Legault was forced to defend recent controversial comments on immigration as well as his handling of COVID-19 during a leaders debate Thursday, as his four opponents tried to wrest support from the popular premier.

The CAQ continues to hold a commanding lead in the polls, and Legault's rivals attempted to position themselves during the first of two leaders' debates as the true alternative to the incumbent government that won its first mandate in 2018.

Early in the contest on the TVA network, moderator Pierre Bruneau asked Legault whether there is more violence in Montreal than in other parts of the province because the region receives more immigrants.

"That's not what I said," Legault responded, referring to comments during the campaign when he said Quebecers "don't like violence," in response to a question on the challenge of integrating newcomers. The premier has also been criticized for saying non-francophone immigration is a threat to cohesion in Quebec.

"What I said is that all the countries in the world have to ensure that new arrivals are integrated into the values of where they will live — look at what's happening in Sweden," Legault said about the European country that is dealing with a crime wave linked to immigration.

"And in Quebec, our priority is to integrate in French."

Legault and Liberal party Leader Dominique Anglade would return to the subject later in the two-hour "head-to-head" debate, which pitted two leaders directly against each other on specific issues.

Anglade, the daughter of Haitian immigrants, hit the premier by saying, "Every time Mr. Legault talks about immigration, there’s always something negative associated with it."

"I think we both agree that immigration is a source of wealth," Legault said a few moments later.

"I'm not sure with the comments that you've made," Anglade replied.

Anglade, the leader of Quebec's official Opposition, faced frequent attacks from her opponents, who brought up the austerity policies of previous Liberal governments. Her performance in the legislature over the past four years — and her past membership in the CAQ — also drew attacks, with Québec solidaire spokesman Gabriel Nadeau-Dubois accusing her of leading a weak Opposition.

When Anglade criticized Nadeau-Dubois' promises to increase taxes, the Québec solidaire leader told her, "You are speaking exactly like Francois Legault — that’s why you haven’t delivered the merchandise."

Nadeau-Dubois, whose party is in third place according to a recent poll, wants to impose an inheritance tax on assets worth more than $1 million and an annual wealth tax on people whose assets are worth more than that amount.

“People who have accumulated more than $1 million can contribute a little more,” Nadeau-Dubois said.

Legault replied that the spokesman for the left-wing party wanted to "double tax" people's homes.

"You're saying that someone who worked all their life and paid off their house and paid capital gains — you're going to tax them again?"

Conservative Party of Quebec Leader Éric Duhaime accused Nadeau-Dubois of unveiling a new tax every day — a "striptease of taxes."

"What's staggering about Québec solidaire is every time there's a problem, there's a tax," Duhaime said.

Duhaime, whose party received fewer than 1.5 per cent of the popular vote in 2018 but is now polling at roughly 15 per cent, has gained support through his opposition to public health measures. The Tory leader attacked Legault on the government's management of the COVID-19 pandemic — particularly the strict health orders, such as the curfew.

Legault shot back: "I didn't get into politics to close businesses and impose masks; I did that to save lives," adding that studies have shown that the province had a lower rate of excess mortality than elsewhere in North America.

"We had more deaths per capita than anywhere else in Canada," Duhaime responded, before asking what scientific studies Legault read before imposing a five-month curfew — the only such measure used in Canada during the health crisis.

"Are you trying to tell me that asking people to go home at 8 p.m. didn't reduce contacts?" Legault responded, growing visibly angry.

In one of the more strange parts of the debate, Parti Québécois Leader Paul St-Pierre Plamondon, during an exchange on academic freedom, said no words should be banned from the classroom — including the N-word.

And the PQ leader dared Nadeau-Dubois to say the word publicly, referring to a famous book whose title includes the N-word.

Nadeau-Dubois met the dare and stated the title of the book, saying he had no problem using the word.

Speaking to reporters after the debate, Nadeau-Dubois said he didn't understand what point St-Pierre Plamondon was trying to make with the dare, adding that the word "shouldn't be used lightly."

A second French debate, on Radio-Canada, will take place on Sept. 22. Unlike in 2018, there will be no English-language debate this election campaign. Quebecers go to the polls on Oct. 3.