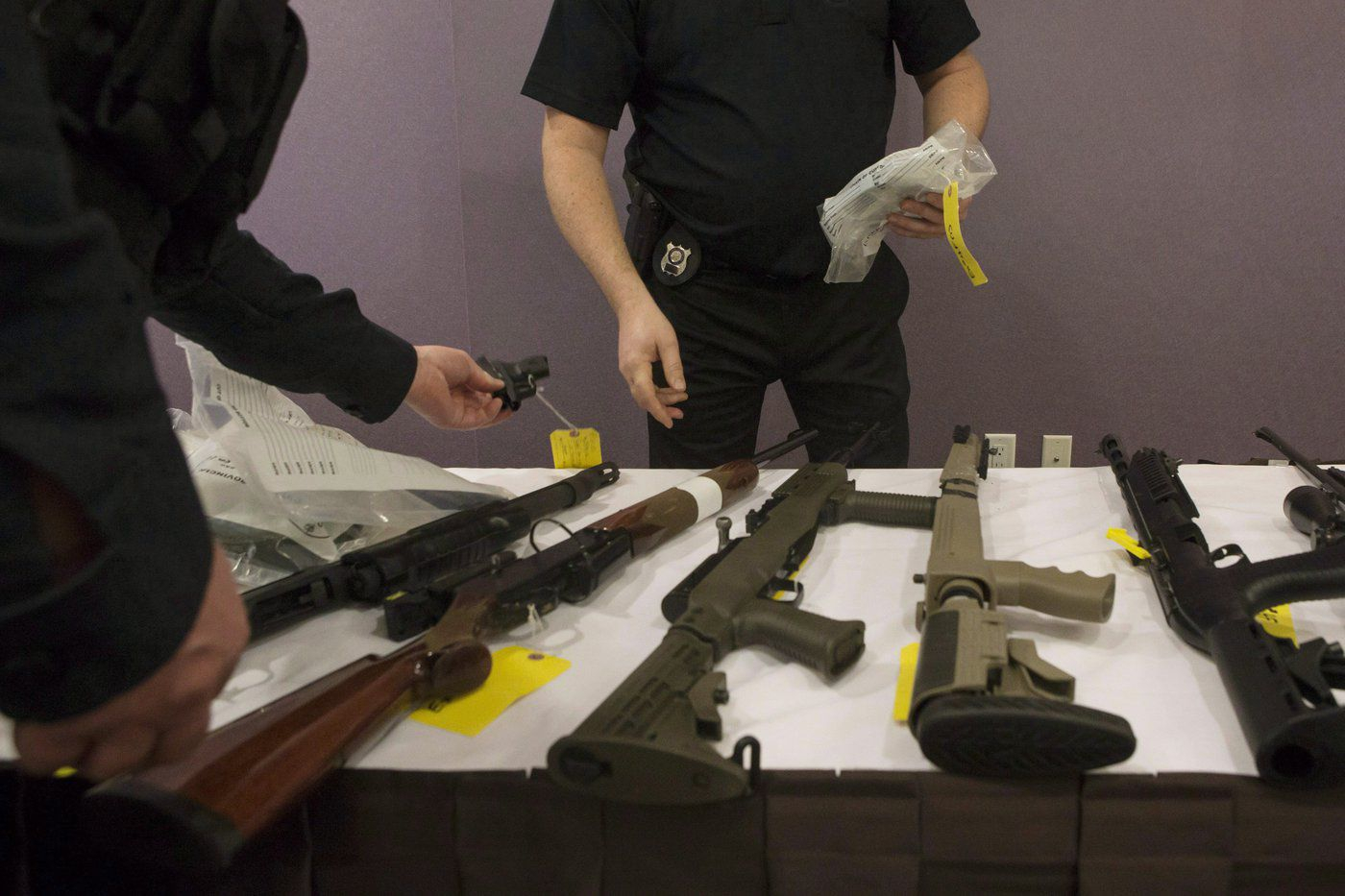 Federal agencies are trying to boost efforts to trace the origins of guns used in crimes, but it appears jurisdictional hurdles could prevent the measures from going as far as some would like.

The federal government says the RCMP has introduced a new mandatory tracing policy, meaning that in places where the Mounties are the police of jurisdiction, seized illegal guns will automatically be sent to the force’s national firearms tracing centre.

The House of Commons public safety committee and the Canadian Association of Chiefs of Police have called on the government to make it a requirement that all crime guns recovered during investigations by police across the country — not just the RCMP — be submitted for tracing.

The most recent figures indicate only a small fraction of the tens of thousands of crime guns recovered each year are being traced.

In a newly issued response to the public safety committee’s April report on reducing gun and gang violence, the government says tracing is a key tool to determine the sources of illicit firearms.

The RCMP’s national tracing centre tracks the movement of a gun from its manufacture or importation into Canada, through the hands of wholesalers and retailers, to pinpoint the last known lawful owner or business. The centre works with partners including the Firearms Analysis Tracing and Enforcement program in Ontario.

Tracing can also help determine whether a gun was smuggled into Canada or came from a domestic source.

Ottawa earmarked $15 million over five years, beginning in 2021-22, and $3.3 million ongoing, to increase the RCMP’s ability to trace firearms and identify movement patterns, as well as support development of a new national tracing database.

The federal centre traced more than 2,140 firearms in 2020, and the Commons committee was told the new funding could triple tracing capacity.

The money will also go toward persuading police of the strategic benefits of tracing to criminal investigations. The federal response adds the RCMP will be “actively supporting” the chiefs of police and partner agencies to advance the committee’s recommendation that all police agencies submit seized firearms for tracing.

But the government stops short of a pledge to make the tracing of all crime guns a requirement.

Asked about the government’s intentions, the office of Public Safety Minister Marco Mendicino said while the RCMP has a new mandatory tracing policy, “the issue of guns seized by other police services (falls) under provincial jurisdiction.”

In its July resolution calling for comprehensive tracing, the chiefs of police cited an absence of solid data for regions other than Ontario to help understand the pathways crime guns take, adding the effectiveness of tracing as a police intelligence tool “depends on the quality of information collected” and the appropriate followup investigations.

RCMP Deputy Commissioner Stephen White told the Commons committee “we would need to do more tracing on a larger scale to really get some very good insight of patterns and trends.”

Gun-control advocacy group PolySeSouvient said there is general consensus that crime guns need to be traced. “Unfortunately, there’s no comparable consensus regarding the tools needed to enable effective tracing.”

While tracing of smuggled guns usually starts with American manufacturers, tracking the ownership of weapons that originate in Canada requires sales records and universal registration, said the group, which includes students and graduates of Montreal’s Ecole Polytechnique, where 14 women were gunned down in 1989.

Canada had those measures until the Conservative government of Stephen Harper ended the federal long-gun registry and eliminated mandatory sales records, PolySeSouvient noted.

“While the Liberal government just recently reinstated commercial sales records, both the Conservatives and the Liberals are opposed to bringing back universal registration.”

This report by The Canadian Press was first published Sept. 23, 2022.