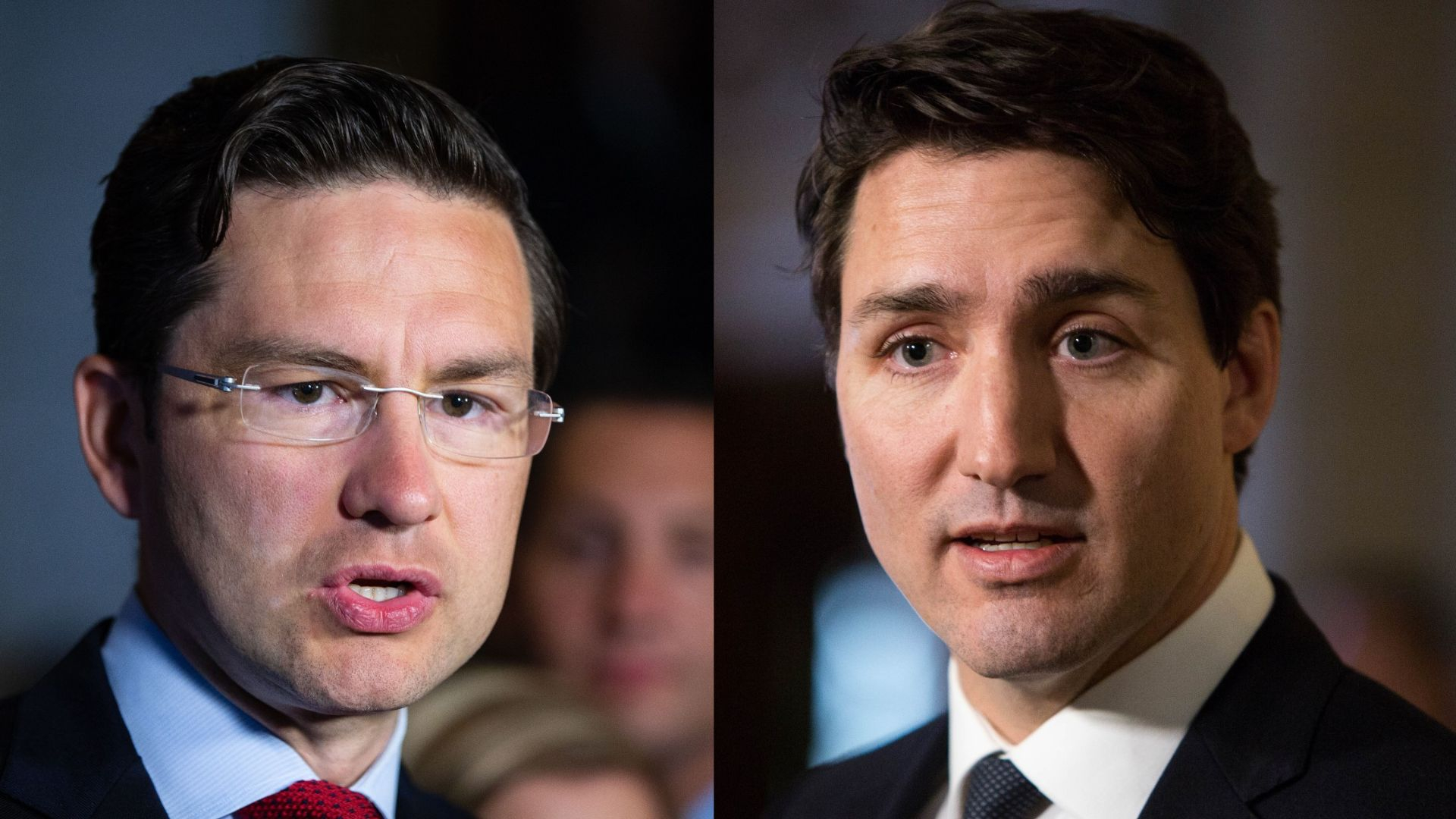 Pierre Poilievre went toe-to-toe with Prime Minister Justin Trudeau for the first time in his new role as leader of the Conservative Party during a question period rife with jabs about cryptocurrency, jet fuel, the carbon price and “tax increases.”

“It’s good to see the prime minister here visiting Canada to fill up the gas in his private jet” were the first words out of Poilievre’s mouth at Thursday’s question period. Trudeau missed the first two question periods of this parliamentary session because he was attending the Queen’s funeral and the 77th United Nations General Assembly.

Political watchers anticipate fierce sparring matches between the Conservatives’ new firebrand leader and the prime minister after Poilievre’s incendiary rhetoric about “gatekeepers,” “Justinflation” and “freedom” carried him to leadership victory.

Poilievre laid into affordability and ended his statement by asking Trudeau if the government will cancel “tax increases on gas, food, heating and paycheques.”

After brief congratulations on Poilievre’s new role as leader, Trudeau said there’s a lot of work to be done together this fall.

For the first few exchanges, Trudeau stuck to talking points about helping Canadians and the concrete measures the government is taking, like the temporary GST rebate hike. In response to Poilievre’s assertion that the carbon tax will make heating unaffordable for seniors in Newfoundland and Labrador, Trudeau highlighted the government’s new affordability measures.

“The leader of the Opposition has an opportunity to support these measures and get help directly to Canadians; I hope he does exactly that,” said Trudeau. But the genial tone didn’t last long.

The prime minister dealt his first real blow after Poilievre criticized Trudeau’s jet fuel use with his third question, asking if he will “ground the jet, park the hypocrisy and axe the tax hikes.”

“If Canadians had followed the advice of the leader of the Opposition and invested in volatile cryptocurrency in an attempt to ‘opt-out’ of inflation, they would have lost half of their savings,” Trudeau countered. He ended the retort by asking if the Conservatives will support the government’s affordability measures.

Poilievre reiterated his well-worn talking points about condemning any tax hikes, even though the “taxes” he commonly refers to are Canada Pension Plan and Employment Insurance premiums.

Poilievre went toe-to-toe with Trudeau for the first time in his new role as leader of the Conservative Party during a question period rife with jabs about cryptocurrency, jet fuel, the carbon price and “tax increases.” #cdnpoli #QP

On Wednesday, Conservative MP Michael Barrett said the party may support the Liberals’ bill promising to temporarily double GST credits, though it won’t support the legislation to create a new dental benefit for children in low-income households.

Barrett’s indication that he might support the government’s proposal to help Canadians deal with inflation is good news, said Freeland, and she hopes Conservatives will support the “excellent plan.”

More than once, Freeland fired back with questions of her own and implored Conservatives to support the affordability measures.

Both Freeland and NDP Leader Jagmeet Singh took a swing at Poilievre’s cryptocurrency advice, using it to question his credibility.

Conservative MPs remained on message, with particular ire directed at the carbon tax, which is scheduled for another increase on April 1, 2023.

The topic of climate change was broached by NDP MP Laurel Collins and Green MP Mike Morrice, who both called for Canada to implement a windfall tax on oil and gas companies, like the UN secretary general urged countries to do earlier this week. The federal government shows no signs of considering this option.

Poilievre îs full of rhetorical hot air and devoid of any discernible substance.

Good job Natasha!
Thanks for all the added context, particularly around all the always context-free conservative comments. They truly invite that with their repetitve, tedious and taunting juvenile tone.
"Skippy" is the perfect name for Poilievre. He's in way over his head. Couldn't happen to a nicer guy.