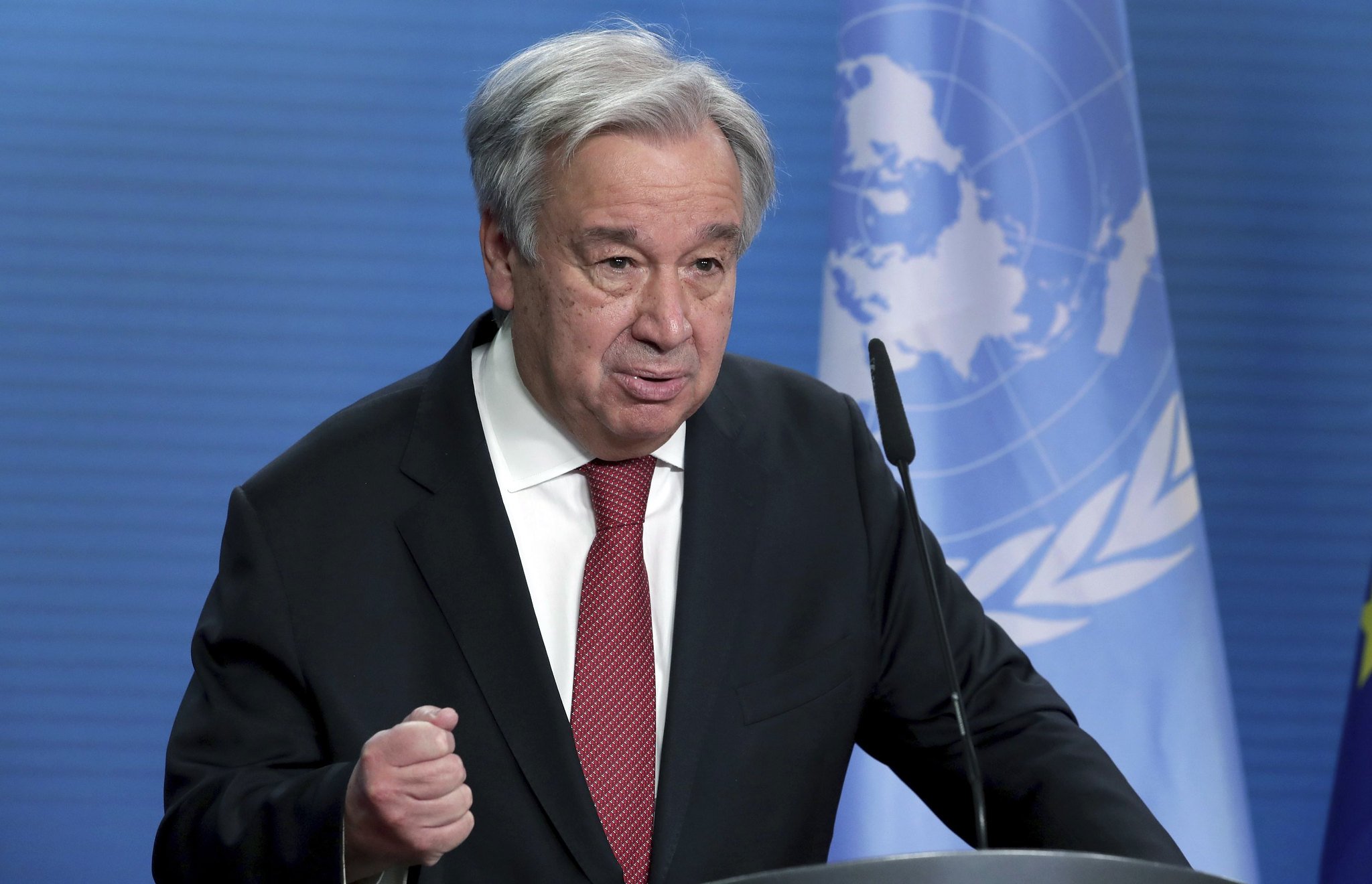 The United Nations' secretary general implored developed countries to tax the windfall profits of fossil fuel companies and redirect those resources to countries hardest hit by the climate crisis in his sombre remarks to the UN General Assembly in New York.

But so far, there is no indication Canada will consider a windfall tax.

Canada’s National Observer asked Finance Canada about the possibility of a windfall tax on oil and gas profits in early August and the department responded with a statement outlining previously announced measures like a luxury tax on vehicles, the Canada Recovery Dividend and a corporate income tax increase.

Meanwhile, other governments are rising to the occasion.

Italy has already started collecting its windfall tax on energy companies, the U.K. approved a similar tax this summer and the European Commission recently proposed a windfall tax on the fossil fuel sector that would see funds redirected to households and businesses struggling with inflation.

Compensation for climate change impacts that can’t be avoided with adaptation or emission reductions — such as destructive events like wildfires or floods — is referred to as loss and damages. Developed countries like Canada are historically the biggest contributors to climate change, and poorer developing countries bear the worst impacts of the climate crisis while lacking the resources to recover, let alone transition their economies.

As previously reported by Canada’s National Observer, loss and damage is a contentious topic: richer countries are reluctant to commit resources and worry they’ll expose themselves to legal liability for past emissions and massive compensation claims from climate disasters.

On Sept. 6, more than 400 organizations from around the world signed a letter, initiated by the Climate Action Network, calling on the UN to ensure that loss and damages finance is on the formal agenda for the 2022 United Nations Climate Change Conference in Cairo, Egypt, this November. At last year’s conference, the U.S. and the EU blocked a proposal that would have provided developing countries impacted by climate disasters with financial support.

Guterres referenced the disastrous floods in Pakistan — “where one-third of the country is submerged by a monsoon on steroids” — as evidence of humanity’s “rendezvous with climate disaster.”

On Sept. 23, Fridays for Future is planning hundreds of climate strikes around the world, including 34 in Canada. Focused on climate justice and reparations, the strikes will call for policymakers to prioritize people over profit, listen to the voices of those most affected and provide loss and damages finance.

The “massive public relations machine” shielding the fossil fuel industry from scrutiny and getting rich in the process needs to be held to account, along with “banks, private equity, asset managers and other financial institutions that continue to invest and underwrite carbon pollution,” said Guterres.

“Just as they did for the tobacco industry decades before, lobbyists and spin doctors have spewed harmful misinformation. Fossil fuel interests need to spend less time averting a PR disaster and more time averting a planetary one.”

With the UN biodiversity conference in Montreal also on the horizon, Guterres emphasized the need for a global framework that will set ambitious targets to halt and reverse biodiversity loss, eliminate harmful subsidies that destroy ecosystems and finalize a legally binding agreement to conserve marine biodiversity.

On Day 2 of the UN General Assembly, Climate Action Network’s international climate diplomacy director Eddy Pérez noted Canada has “sent encouraging signals” that it will play a constructive role in ambitious outcomes at the biodiversity conference this December.

“But overall, the message from the General Assembly is plain: countries are distracted while the world burns, while fossil fuels profits skyrocket as families struggle to afford food and energy, while we face increasingly frequent and severe climate disasters,” Pérez said in a Climate Action Network press release.

He said Prime Minister Justin Trudeau’s absence from a climate action roundtable is “a dangerous sign.”

“While governments sleepwalk, the oil and gas industry continues to escape accountability and is already planning to exploit COP27 as their moment to promote gas expansion.”

"As Parliament resumes, Prime Minister Trudeau must use the weeks to come to forge ahead with his climate commitments and refuse to let industry pressure water down the action we urgently need.”

Yes, agreed indeed "polluters must pay".
And they must be forced to adhere to stricter guidelines that will curtail said pollution.