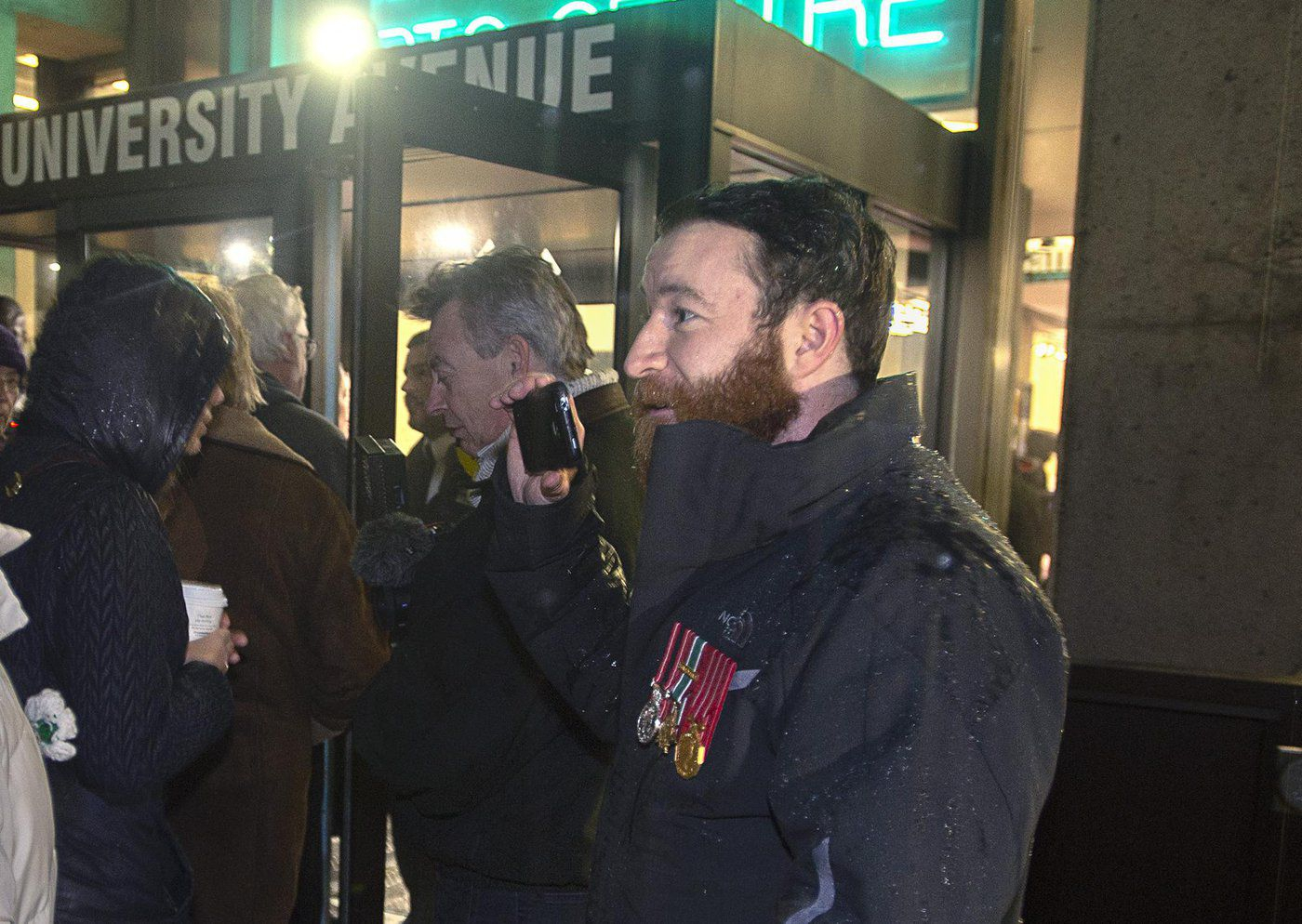 Jeremy MacKenzie, a Canadian military veteran who served in Afghanistan, talks with an unidentified woman outside the venue where Omar Khadr, the former child soldier is speaking in Halifax on Feb. 10, 2020. File photo by The Canadian Press/Andrew Vaughan
Previous story
Next story

Conservative Leader Pierre Poilievre said Monday he has asked the RCMP to look into "disgusting" comments by the founder of a far-right group about sexually assaulting his wife.

Jeremy MacKenzie, the high-profile founder of the online group "Diagolon," made the comments about Anaida Poilievre during an online video stream over the weekend.

The group includes members linked to the "Freedom Convoy" movement that took over downtown Ottawa for three weeks last winter, as all as others opposed to COVID-19 mandates.

Known for taking part in hours-long, rage-fuelled video streams, MacKenzie and others in the video were discussing the fact that Anaida Poilievre is originally from Venezuela.

MacKenzie is then heard to comment on her looks and say: "Let's rape her."

Poilievre, who was previously photographed shaking MacKenzie's hand at a Conservative leadership campaign event in Nova Scotia, called MacKenzie and the other man in the video "dirtbags" and "losers" and said he will not tolerate people threatening his family.

"My office has referred these comments to the RCMP to assess whether criminal charges should be laid," Poilievre said in a written statement posted to Twitter on Monday.

"This kind of garbage has no place in Canada. No one should face this abuse," the statement said.

"People can attack my politics, they can call me names, they can protest my ideas and what I stand for," he added. "But threatening my wife and family is appalling and I will not tolerate it. Leave my family alone."

In an interview on Monday, MacKenzie said he had been talking for hours when he made the online video, was drinking and meant no harm when he made the comments about Poilievre's wife. He also said he could not remember how she came up in the conversation.

Prime Minister Justin Trudeau said Monday no one should ever be subject to threats of violence and this kind of hatred is increasingly seen in public discourse.

"It’s important that we all stand up and condemn that, and we all look for ways to ensure that everyone feels safe in this country," he said at a news conference in Ottawa.

This report by The Canadian Press was first published Sept. 26, 2022.