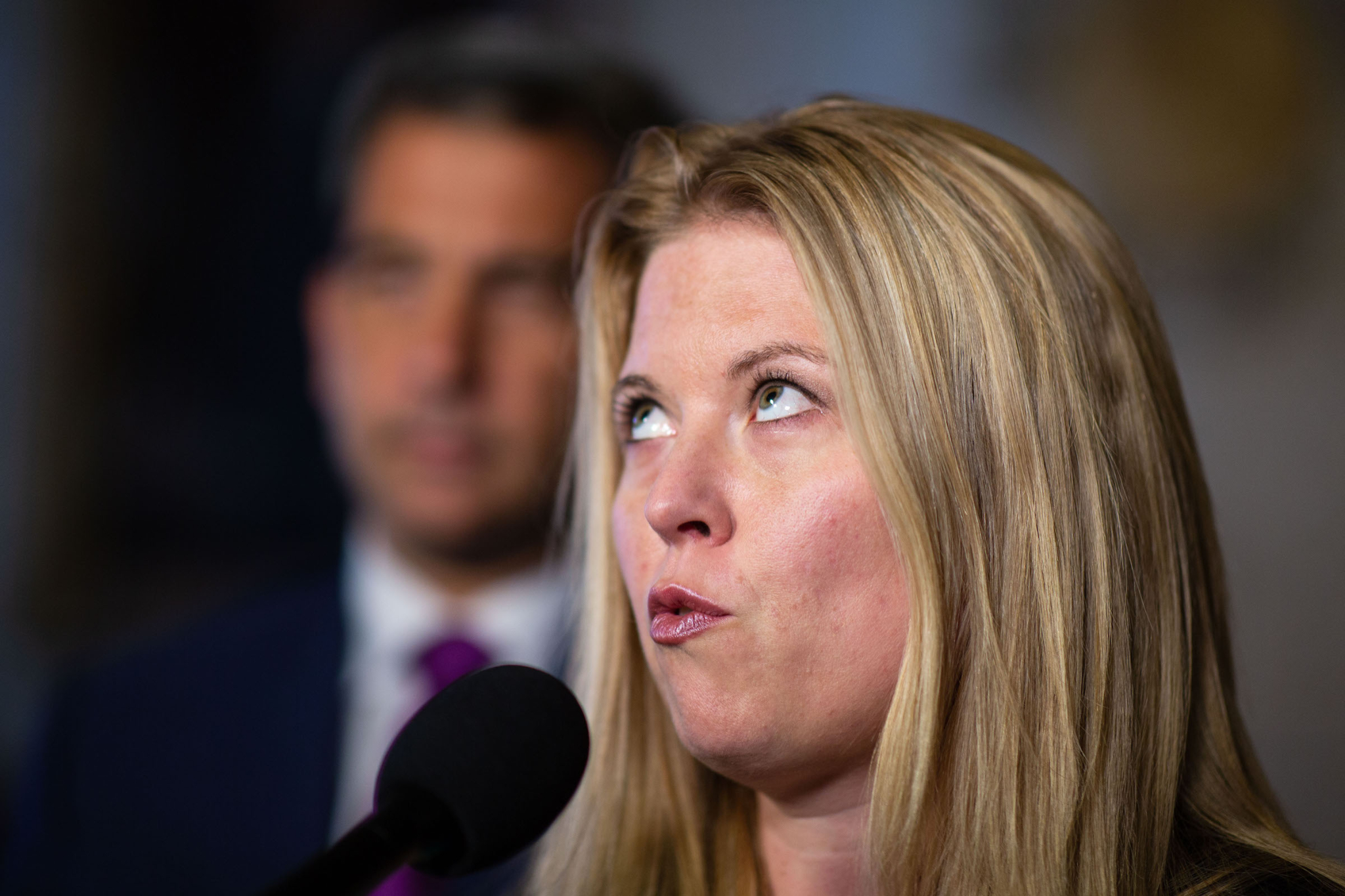 Michelle Rempel Garner may be the MP for Calgary-Nose Hill, but for a brief moment in the House of Commons the other day, she represented millions of Canadians beyond her own riding.

Her seating assignment on the Conservative bench one row behind and just a bit to the right of fellow Albertan Garnett Genuis put her squarely in the shot for his painfully awkward riff on Queen’s Bohemian Rhapsody during question period, and she didn’t disappoint. In addition to practically rolling her eyes out of her head while he stumbled through his routine, she refused to stand up and clap along with the rest of her side when it was mercifully over.

Whether on purpose or by accident, she perfectly captured the way many Canadians probably feel about Pierre Poilievre’s juvenile brand of politics — one we’ll have to endure for a while yet.

This would all be a minor footnote to an otherwise inconsequential day in Ottawa if not for the response of Dale Smith, a freelance journalist and member of the parliamentary press gallery. In more normal times, his reaction on Twitter to Genuis’s theatrics — that “when horses are this lame, you shoot them” — would have gone unnoticed. But as the last week has made abundantly clear, these are not normal times. In a tweet of his own, Poilievre suggested Smith was calling on Genuis to be shot. “Where is the outrage?” he asked.

This was clearly a rhetorical question, since the outrage was already coming from his own caucus and social media proxies. Genuis described Smith’s tweet as “threatening” and demanded that his press gallery privileges be suspended. Fellow MPs Raquel Dancho, the party’s public safety critic, and House leader Andrew Scheer, backed Genuis’s request. Canada Proud, the noisiest digital proxy for the Conservative Party of Canada, chimed in with a predictably partisan response. “By our political standards, every member of the Parliamentary Press Gallery should be asked to condemn this incitement of violence. Lord knows that if the roles were reversed, every member of the Conservative caucus would be asked to do so.”

Welcome to the Proudification of Canadian politics, where the worst aspects of schoolyard behaviour are brought to life by the worst kind of adults, and where outrage and victimhood are the coins of the realm. This is hardly the first example in our politics since Poilievre took over, either. Take the ludicrous overreaction to the video from last weekend of the prime minister singing at a London hotel — one that was, of course, weaponized by Canada Proud.

This fundamental unseriousness has already drawn the ire of some of Canada’s most prominent conservative columnists. “Justin Trudeau singing Bohemian Rhapsody in a bar was not offensive,” the Globe and Mail’s John Ibbitson tweeted. “Dale Smith’s tweet was not offensive. Could we please all grow up?” The National Post’s John Ivison, meanwhile, noted: “In a column two years ago, I suggested @erinotoole should be ‘hoist on his own petard.’ I did not literally mean he should be blown up by his own bomb but apologize to any Conservatives who feel or felt threatened.”

Ivison may have a sense of humour about this, but the Proudification of our politics is no laughing matter. It will make it more difficult for our elected officials to address the serious issues we face, from climate change to inflation, and it will make it more challenging for the journalists who cover them.

Already, the Conservative effort to work the refs here has paid off, with the parliamentary press gallery issuing a confused statement that tried to assert its independence while effectively surrendering it at the same time. “The Gallery wishes to disassociate itself from the comments made by this journalist,” it said.

Jesse Brown, editor-in-chief and publisher of Canadaland, didn’t hold back. “This is a pathetic, cowardly statement from the Parliamentary Press Gallery,” he said. “Nobody honestly took his comment as a threat, nobody felt threatened, nobody made a threat.”

Opinion: Adults seem to be in short supply when it comes to the official Opposition and its various online proxies, writes columnist @maxfawcett. #cdnpoli

He’s right. But that’s an adult response to the situation, and adults seem to be in short supply when it comes to the official Opposition and its various online proxies. We’re all back in the schoolyard, whether we like it or not, and it operates under a much different set of rules. The sooner the journalists, pundits and other public figures who interact with our politics understand that, the better off they’ll be.

As for everyone else, they might want to take a page out of Rempel Garner’s playbook and start perfecting their eye-rolling technique. If the last week has been any indication, they’re going to need it.

I know it sounds boring, but

I know it sounds boring, but quick wit clever retorts are what keeps serious conversation out of the public domain. Who cares? It's not a rhetorical question.

You can't spell Poilievre without "lie." What do we think?

Well it's a little cute but I

Well it's a little cute but I'm realizing that a lot of the problems that people have with the economy etc. that PP is claiming he can solve are caused by "trickle down economics". PP has devoted his career to implementing the ideas of Milton Friedman and the Chicago school...the very people who came up with "trickle down economics" AKA Voodoo economics. Poilievre either has a critical case of cognitive dissonance or...he is a liar.

They're so behind. Are they

They're so behind. Are they not aware that it's over a decade since Friedman said, "I was wrong"?

It's very encouraging to hear

It's very encouraging to hear about this juvenile crap, this "Proudification" ( the "boy" part of "Proud Boys" is the actual essence of course) because the cons SO relentlessly portrayed Trudeau as juvenile. Almost anyone would look like a true statesman by contrast, but he is in fact being validated in that role under current world circumstances. So the cons have been given enough rope and are now happily hanging themselves with Michelle Rempel Garner is the den mother apparently. None of it is a good look fortunately for us adults, and it's not even funny; it's just embarrassing hokey crap, just more stupid bozo eruptions. Along with Danielle Smith about to become premier (!??) here in Alberta, conservatives have now thoroughly embraced the "Peter Principle" by which people are promoted until they reach their ultimate level of incompetence.
As far as what to do with it, how to respond to it, how about ignoring it like most parents would? The whole social media pettiness in the context of how serious societal problems currently are is beyond ludicrous; it's dangerous.
These sniggering boys are toast.

I'm not so sure that with

I'm not so sure that with either sniggering boys or this lot caught in the juvenile gap, simply ignoring them will make them stop their idiotic antics.
Someone should show them footage from governments prior to Mulroney's, so they can get an idea of what their job is.